This week's "Bird of the Week" from the American Bird Conservancy is the Tennesee Warbler which does not in fact live in Tennesee although it passes through there on migration. The bird nests in boreal forests and thickets and winters in open woods and hedges in Central and South America.
*~*~*~*
Floods have dominated the environmental news this week. Flash floods in Tennesee and North Carolina took more than a score of lives. Scientists found that climate change contributed to the record rainfall that led to violent and deadly flooding in Germany and Belgium last month. The floods were a 400-year-event, meaning that in any given year there was a 1 in 400 chance of such an event occurring. And New York City had its rainiest hour on record on August 21 when 1.94 inches of rain fell from 10 to 11 p.m. In total 4.45 inches of rain fell that day, followed by 2.67 inches on August 22.
*~*~*~*
The New York Times has an interactive map that allows readers to track Western wildfires.
*~*~*~*
On the Greenland ice sheet 500 miles above the Arctic Circle, something happened last Saturday that had never happened before: It rained. The rain showers were another troubling sign of a changing Arctic which is warming faster than any other region on Earth.
*~*~*~*
Meanwhile, the National Oceanic and Atmospheric Administration forecasts that the Western drought will last into the fall or even longer. Currently, almost half the land area of the lower 48 states is experiencing drought.
*~*~*~*
The megadrought is so bad that wildlife officials are airlifting water to animals in the wild to relieve their thirst and help keep them alive.
*~*~*~*
A new comprehensive study in England has found that air pollution is linked to an increased severity of mental illness. The researchers said the findings were likely to be applicable to cities in most developed nations and cutting air pollution could benefit millions of people.
*~*~*~*
A study of 40 years of volunteer data from the Canadian Lakes Loon Survey has helped to explain the mysterious decline in the population of the iconic Common Loon as fewer loon babies are being raised to independence.
*~*~*~*
Lake Tahoe, the azure gem of the Sierra Nevada is being suffocated by smoke from the Caldor fire. The thick, toxic smoke was causing residents to flee the area this week.
*~*~*~* 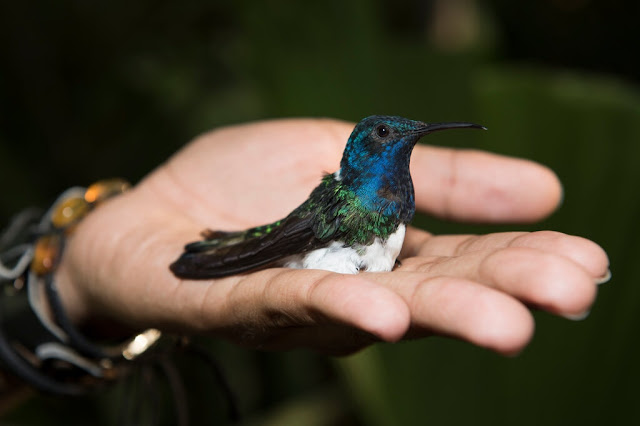 Female White-necked Jacobin Hummingbirds which are found from Mexico to Brazil avoid harassment by looking like males. Those with plumage that resembles the male birds are less likely to be chased, pecked-at, or body-slammed by aggressive males.
*~*~*~*
In Stanley Park in Vancouver, there have been 40 attacks on humans by coyotes in the last nine months. That is four times the total over the last 30 years! Wildlife officials are perplexed as to what is causing the attacks.
*~*~*~*
A man and his Boykin spaniels track turtles not to harm them but to save them. He fixes transmitters to their shells in order to track them and find out more about the habitats where they roam in hopes of protecting those habitats.
*~*~*~* 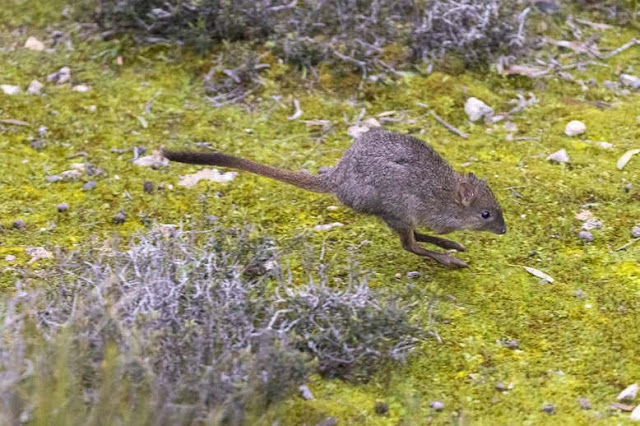 Brush-tailed bettongs, a small marsupial, disappeared from mainland South Australia a hundred years ago but now they are being reintroduced. Twelve males and 28 females were released in the area on August 17.
*~*~*~*
Is geoengineering the only way left to save our planet?
*~*~*~*
The One Million Trees initiative in Dubai seemed like such an excellent idea. The aim was to increase green areas in Dubai through afforestation but then it all went awry. Today the area is a tree graveyard.
*~*~*~*
The Marbled Murrelet is a unique seabird that forages for food at sea but nests inland in mature forests. This increases their vulnerability and makes protecting them more of a challenge.
*~*~*~*
What if the mighty moose went the way of the Passenger Pigeon? The moose is abundant today but then so once was the Passenger Pigeon. It's important to protect these species before they get into trouble.
*~*~*~* 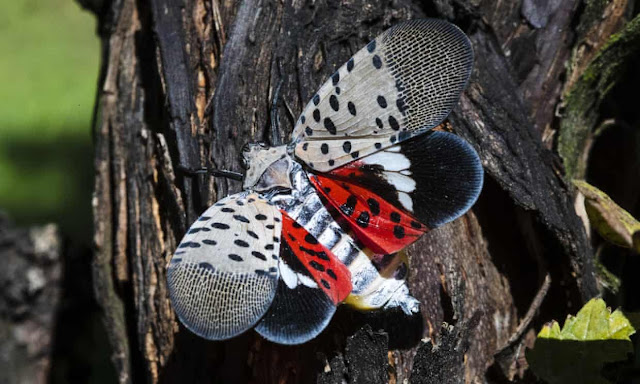 It's an attractive insect but the invasive spotted lanternfly is destroying crops of apples, grapes, and hops, as well as native trees such as maple, walnut, and willow. Officials advise exterminating the insects wherever they are found.
*~*~*~*
Suckerfish that were once the backbone of the seasonal food system of tribes in the Klamath Basin are endangered and can no longer be legally harvested. In the battle for decreasing available water in the basin, the fish are often the losers.
*~*~*~*
A half-mile-long beaver dam in Canada's Wood Buffalo National Park is said to be the largest beaver dam in the world.
weekly roundup