Showing posts from June, 2014
Show all

The Locked Room by Maj Sjowall and Per Wahloo: A review

The Locked Room by Maj Sjöwall My rating: 4 of 5 stars Each of these reissues of the 1960s-70s Swedish crime series by Maj Sjowall and Per Wahloo has an introduction by a current-day crime fiction writer. This eighth in the ten-part series is introduced by Michael Connelly. In his opening paragraph, he assures readers that, if they are about to "hop aboard" and read this book, they are in for a great ride. He did not lie. This is my favorite Martin Beck book so far. It has all the elements that I find so interesting about the series. Sjowall and Wahloo use the vehicle of the detective novel to examine Swedish society, and, in a larger context, Western society, of the late twentieth century. They do it with the clear-eyed irony that such an endeavor demands and they achieve their goal with a wry humor. These mysteries are always meticulously plotted and, while they examine how crime happens, they also manage to explore how a city, a country, or a society can be complicit
Post a Comment
Read more

Poetry Sunday: An Insider's View of the Garden

June 29, 2014
When Maxine Kumin, a former poet laureate of the United States, died in February of this year, she left behind a large body of work that attested to her love of plants and gardening. I share that love and one of the clearest expressions of it that I have seen is this Kumin poem about her vegetable garden. An Insider's View of the Garden by Maxine Kumin How can I help but admire the ever perseverant unquenchable dill that sways like an unruly crowd at a soccer match waving its lacy banners where garlic belongs or slyly invading a hill of Delicata Squash - how can I help but admire such ardor? I seek it as bees the flower's core, hummingbirds the concocted sugar water that lures them to the feeder in the lilacs. I praise the springy mane of untamed tendrils asprawl on chicken wire that promise to bring forth peas to overflow a pillowcase. Some days I adore my coltish broccolis, the sketch beginnings of their green heads still encauled, incipient trees spru
2 comments
Read more 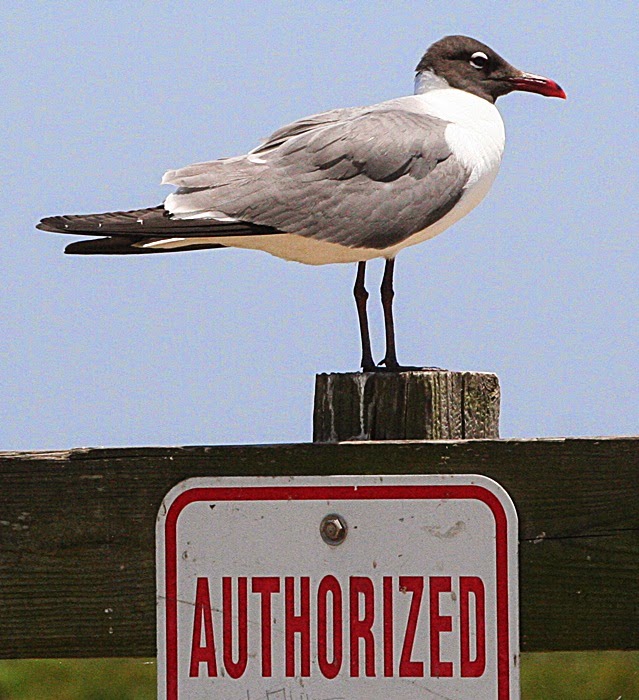 A roundup of the week's news of birds and the environment : The iconic - and "authorized" - gull of the Texas Gulf Coast, the well-named and raucous Laughing Gull. *~*~*~* "More than a million homes and businesses along the nation’s coasts could flood repeatedly before ultimately being destroyed. Entire states in the Southeast and the Corn Belt may lose much of their agriculture as farming shifts northward in a warming world. Heat and humidity will probably grow so intense that spending time outside will become physically dangerous, throwing industries like construction and tourism into turmoil." These conclusions, as reported by The New York Times , were some of the scarier points that were made by a big bipartisan report about global climate change that was issued this week. *~*~*~* National Pollinator Week has just passed and there was a White House announcement about making greater efforts to help honeybees, but, as many pollinator fanciers are
4 comments
Read more

The once and future All-Star

June 27, 2014
We made what has become our annual June trip to Minute Maid Park the other night, courtesy of our thoughtful son-in-law, to see my Astros play the Atlanta Braves. It didn't turn out too well for the Astros that night. We weren't able to bring them any luck, but they bounced back the next day, beating the Braves 6-1. They actually seemed pretty flat in their play that night, but perhaps that was due to the pitching that they faced. One guy on the team, though, is never flat. Winning or losing, he's always hustling and it shows in his results. He's leading the major leagues in hits and in number of games with more than one hit. He's also leading the American League in stolen bases and is near the top in batting average. In the field, he's only had two errors all year. About the only statistic where he isn't among the leaders is home runs. He only has two, but that may be related to his physical stature - at 5'6" he's the shortest man in baseba
2 comments
Read more

Dubliners by James Joyce: A review

Dubliners by James Joyce My rating: 4 of 5 stars I don't really do short stories as a general rule. Never been a great fan of the genre. But I was recently reminded that 2014 marks the centennial of the publication of what many consider to be the greatest collection of short stories in the English language, Dubliners . Having never read it, I decided there was no time like the present and grabbed it off our bookshelves where it had languished for years. Some members of the family had read it and praised it highly. I was still a bit skeptical. A few years ago, I set myself the task of reading Ulysses . It was a long, hard slog, but I made it all the way through to the last glorious chapter, Molly Bloom's soliloquy, and that made it all worthwhile. Well, Dubliners proved to be a much easier, more accessible read, nothing really difficult about it at all. The only thing that caused me to stumble a bit was some of the now archaic language used. It made the stories sometimes see
2 comments
Read more 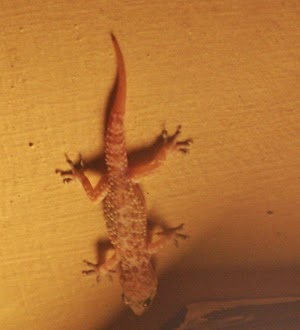 Our winter 2013-14, like much of the rest of the country, had some very cold spells. Throughout January, February, and even into March, there were numerous periods of several days in which nighttime temperatures fell to 20 degrees F. or even lower. This caused the loss of a few plants in my garden, although many fewer than I would have expected. Most of them, even the ones that retreated to their roots, have come back with flying colors. There were other effects of the cold, not immediately obvious, that have continued to reveal themselves months later. One prime example is something called the citrus leaf miner . For the past couple of years, this tiny insect has been a real pest on my citrus trees. They cause the new leaves to twist and curl and look extremely deformed and ugly. During this past winter, all of my citrus trees suffered severe die-back from the cold. Some of them died all the way back to the ground. With spring, they all came back - but the leaf miner didn't. Th
Post a Comment
Read more

Destroyer Angel by Nevada Barr My rating: 3 of 5 stars Long-time fans of Nevada Barr who have followed her Ranger Anna Pigeon series over the years know what to expect by now. There will be bad guys who have no understanding of or respect for the wild environment. They will present a terrible danger to Anna and/or her friends, and Anna, with limited resources, must find a way to rescue them and/or herself and save the day. Anna and Paul, her husband, are now living in Colorado, where Anna is a ranger at Rocky Mountain National Park, but, in this entry to the series, Anna goes on vacation without Paul. She and two friends and her friends' two teenage daughters head off to the Iron Range of upstate Minnesota for an autumn canoe trip. One of her friends is a paraplegic, a former mountain climber who was injured in a fall from a mountain. The other one is an engineer who designs outdoor equipment. Their trip is to be a test of new speciality camping equipment that she has designe
Post a Comment
Read more

One Hundred Years of Solitude by Gabriel Garcia Marquez: A review

One Hundred Years of Solitude by Gabriel Garcí­a Márquez My rating: 5 of 5 stars It's a good thing the writer and/or publisher decided to place a Buendia family tree chart at the beginning of this novel. Otherwise, it would have been impossible to keep track of all the Jose Arcadios, Aurelianos, Amarantas, Ursulas, and Remedios that keep recurring throughout the multiple generations of the family that we meet in One Hundred Years of Solitude . Even referring to the chart with each new chapter, it was not easy to keep them all straight. But then there is nothing easy about this book. I first read it many years ago - in the '70s or 80s, I think - but when Gabriel Garcia Marquez died in April and I was thinking about the books of his that I had read, I found that I really couldn't remember much about this one except that famous opening sentence and the broadest of outlines of the story. So, I determined to read it again...and found it just as difficult as the first time
Post a Comment
Read more

June 22, 2014
The Librarian of Congress has announced that the next poet laureate of the United States will be Charles Wright. Wright is originally from Pickwick Dam, Tennessee. Coincidentally, I was in that area at the time that the announcement of his appointment was made, but I didn't hear about it until later. I must confess that I am not familiar with the work of the man, who is a former professor at the University of Virginia and the author of 24 collections of poetry, but he is a much honored poet. He is described as taking Nature and spirituality as his major themes. In truth, I think that could be said of about ninety percent of poets. I found this example of his work in Good Poems, American Places , selected by Garrison Keillor for his NPR feature "The Writer's Almanac." Looking West from Laguna Beach at Night by Charles Wright I've always liked the view from my mother-in-law's house at night, Oil rigs off Long Beach Like floating lanterns out in the
Post a Comment
Read more 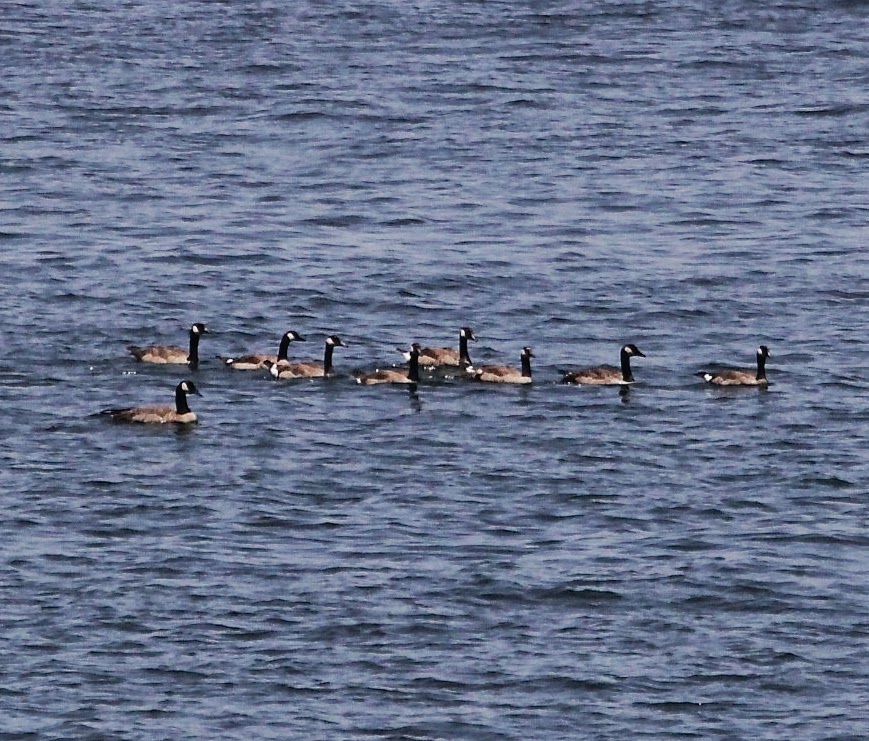 A roundup of the week's news of birds and the environment : Canada Geese have become ubiquitous in many parts of the country where they previously did not appear in summer. When we visited Mississippi last week, we found that they had made themselves at home there, too. A small group of Canada Geese swimming in the Tennesse-Tombigbee Waterway in northeast Mississippi. Geese are grazers, of course, and there is plenty for them to graze on here.  Nearby an Osprey kept watch over it all, guarding its nest. *~*~*~* June 16 - June 22 is designated as National Pollinator Week . Our food supply depends on a healthy population of pollinators and the USDA has information about resources to help these critters that are so important to us. Furthermore, the Xerces Society has plant lists to help pollinators in every region of North America. *~*~*~* President Obama is proposing to expand a Pacific Ocean sanctuary to protect marine life. The proposal would create
Post a Comment
Read more

My own personal Bloom Day 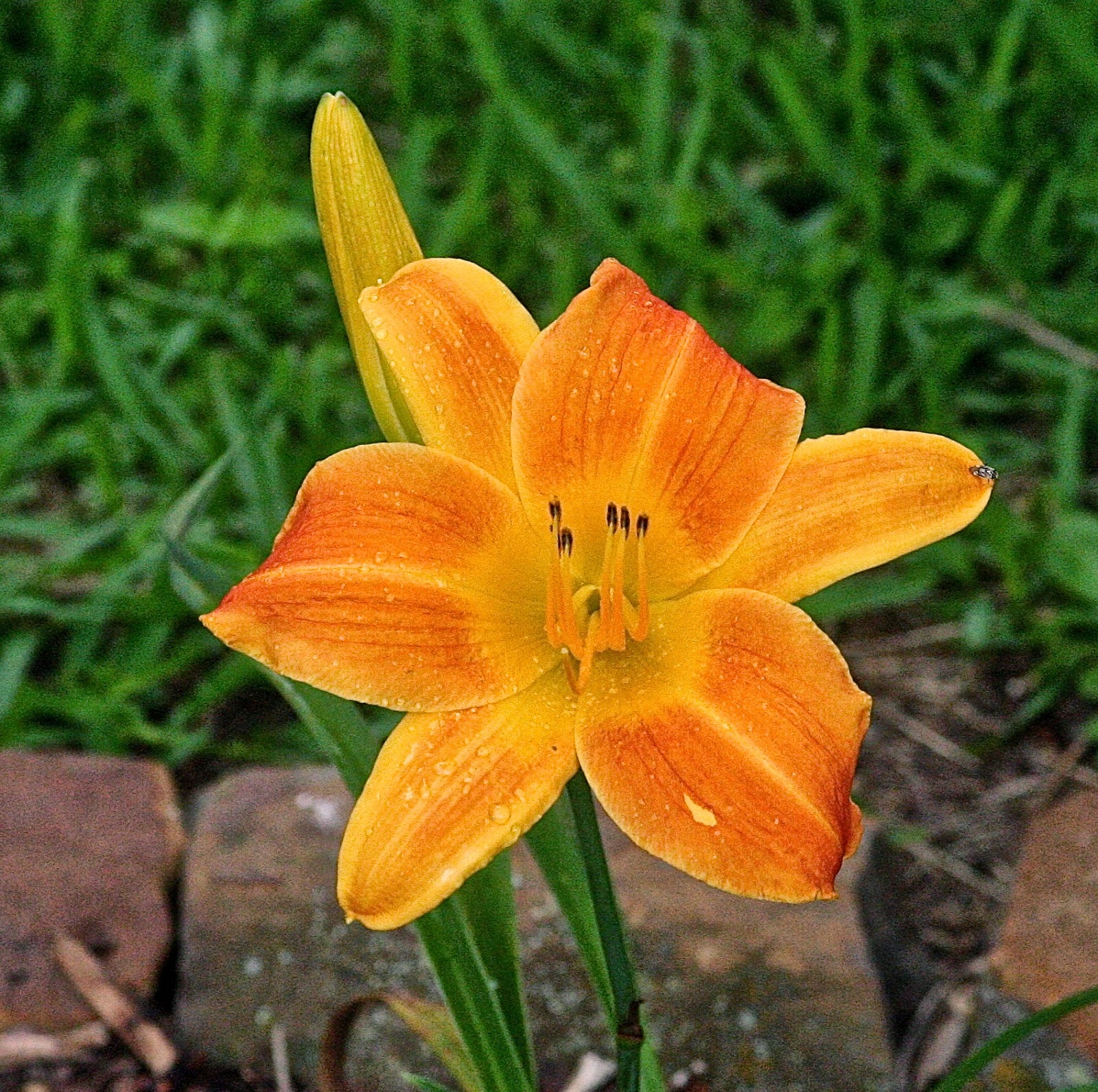 I missed Garden Bloggers' Bloom Day (June 15) and also Bloomsday (June 16) this month because I was on the road, and so I am declaring this day, June 20, the last day of spring, as my own very personal June Bloom Day. June is a month that is full of blooms in my garden, so let's get right to it. Daylilies like this one might be considered the backbone of my late spring garden and there are many in bloom this month.  Here are a few more of them. The pretty little alstromeria also is beginning its bloom this month.  Next to the little goldfish pond with its water lilies in bloom, the Pepto Bismol pink flamingos guard their domain.   Along the back fence, the trumpet vines lift their blossoms.  June is a big month for the roses. Here is 'Molineux' - which obviously needs to be deadheaded! 'Belinda's Dream' after an afternoon shower. 'Darcy Bussell' was moved in early spring and pouted for s
2 comments
Read more
More posts