June 16, 2014
Four years ago, in July 2010, the literary world celebrated the fiftieth anniversary of the publication of To Kill a Mockingbird and I posted an appreciation of the much-loved book. Here it is once again.


There's been a lot of hullaballoo about the fiftieth anniversay of To Kill a Mockingbird, Harper Lee's masterwork and only work. Libraries around the country, including our own Houston Public Library, are celebrating the anniversary with special events. And well they should, for Mockingbird is certainly a significant book in the literary history of this country.

It may not be a great book by strictly objective literary standards, but it is great in its message of humaneness and humanity and in its moral weight. Lee's story of the summer when Jem broke his arm and all the things that led up to that moment in a small town in Alabama is a simple enough tale of children beginning to learn what the world is all about and losing their innocence, but it is also the story of an ordinary man's moral dilemma, how he faced that dilemma and did the right thing, even when it would have been so convenient and so much more comfortable to do the wrong thing.

As readers of the book or even viewers of the wonderful movie that was made from the book all know, the story is told from the viewpoint of the six-year-old girl, Scout Finch. Scout is not a ribbons and lace kind of Southern girl. She is feisty and tomboyish and given to speaking out and acting out. She is a challenge for her widowed father and for the housekeeper, Calpurnia, who has much of the day-to-day care of Scout and her brother Jem. In Lee's story, Scout begins to learn about unfairness in life, about racism, and pettiness and blind hatred. She also learns about honor and loyalty and courage and about not seeing people through the eyes of others but looking at them honestly and making up your own mind.

Scout's father, Atticus Finch, a country lawyer, represents the moral center of the story. He is charged with the defense of an African-American man, Tom Robinson, who has been falsely accused of the rape of a white woman. Finch believes in the innocence of his client and throws himself into the effort to give him the best defense possible. He manages to stir the conscience of some of the people in his town, but in the end Robinson is convicted on very flimsy evidence. As Atticus plans for an appeal, Robinson is taken away to prison, but on the way there, he is killed "trying to escape." Atticus Finch and Robinson's family are devastated.

But life goes on. Scout and Jem and their friend Dill have what is, in many ways, an idyllic summer. They play together, have adventures, and discover a mystery next door, in a family named Radley. Their son, Arthur, is a recluse. He is shy and different, and, of course, that makes him fair game for outrageous speculation. But when Jem finds small gifts left in the hollow of a tree on the Radley's property, he begins to wonder about the gift-giver.

Jem is at the center of the emotional climax of the story when he breaks his arm defending himself and his sister from madman Bob Ewell on the night of the harvest festival. After breaking his arm and being left helpless, Jem is in turn defended by his anonymous friend, the giver of gifts in the hollow tree.

Arthur Radley, or "Boo" as the children know him, is a shy and emotionally immature man who had watched the children play and has watched over them. In their time of greatest peril, he comes to their rescue and kills the man who would have killed them. And to protect the fragile Boo Radley, the sheriff decides that justice will be best served by the verdict that "Bob Ewell fell on his knife, Mr. Finch!"

Thus, one lie - that Ewell's daughter was raped by Tom Robinson - is balanced with another lie - that Ewell "fell on his knife." That may be morally ambiguous but on some level, it is deeply satisfying.

Great literature should make us examine our beliefs and think about what is true and important and how to best achieve justice. To Kill a Mockingbird does all of that and so, in my humble opinion, it can be judged as great literature. Thank you, Harper Lee, and happy birthday, Mockingbird. May you always keep singing. 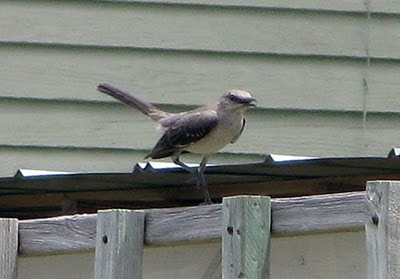