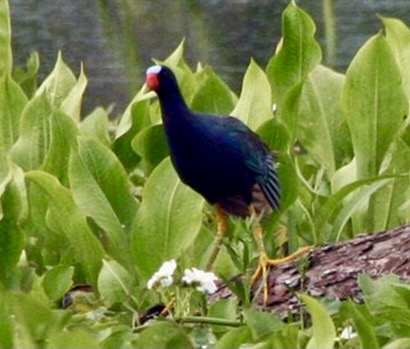 During the previous administration that was extremely hostile to science, hundreds of scientists and policy experts left government service. The Biden administration has been unable to quickly fill the jobs with qualified people and this has hampered their efforts to formulate plans to combat climate change.

This is rather terrifying. Climate scientists say that their research has shown "an almost complete loss of stability over the last century" of the Atlantic meridional overturning circulation (AMOC), better known as the Gulf Stream. The collapse of the Gulf Stream would have catastrophic consequences for climate around the world.

Siberia's permafrost is thawing and that has generated a surge of methane emissions from thawing rock formations. This is important because methane, of course, is a greenhouse gas and scientists are warning that if we do not reduce our methane emissions the overheated planet is headed for catastrophe. Specifically, we need to reduce the production of methane from farming, shale gas, and oil extraction.

In other news of things melting, a heatwave last week caused Greenland's largest melting event so far in 2021. Enough water melted to cover all of Florida by two inches. This has both short- and long-term implications for sea-level rise.

Because of the severe drought and dire water shortages, California has moved to enact emergency restrictions that will prevent thousands of farmers and landowners from using water drawn from an enormous system of streams and rivers that services nearly two-thirds of the state.

The iconic saguaro cacti of the Sonoran Desert are threatened by invasive species and urban sprawl and now by wildfires accelerated by climate change. In the past year, wildfires have torched thousands of the towering saguaros that are a keystone species of the desert and a beloved symbol of the Southwest.

The toxic red tide outbreak that has killed hundreds of tons of marine animals in Florida has caused hundreds of coastal sharks of many species to take refuge in a canal to escape the deadly algal outbreak.

Scientists have discovered a larger than average area of oxygen-depleted water, a "dead zone," around the Gulf Coast of Louisiana and Texas. But the Gulf isn't the only coastal region experiencing dead zones this summer. The waters around Oregon are also experiencing a record year for hypoxic areas. These zones develop when fertilizers and nutrients from farmland drain into oceans and lakes creating algae that eventually dies and decomposes, depleting the waters of oxygen.

The biggest wildfire in its history burned more than 62 square miles on Hawaii's Big Island before it was brought under control this week. It was fed by a perfect storm of drought conditions.

Conditions above and in the Atlantic Ocean suggest that this year's hurricane season will be an above-average one, according to a government climate scientist. NOAA is predicting 15 to 21 named storms, including 7 to 10 hurricanes by the end of the season on November 30. Three to five of the hurricanes could be major ones of category 3 or higher.

The African house gecko is an invasive species that has spread far and wide throughout the Americas. It is thought that the species may have first arrived here as a hitchhiker on ships carrying slaves.

The U.S. Forest Service announced this week that it is closing several sites around California's scenic Lake Tahoe because chipmunks in the area have been found to be carrying bubonic plague.

And in Europe, teams are battling another disease among animals: African swine fever among wild boars. The virus is no threat to humans but it kills almost every pig it infects within a week to ten days. Teams are trying to prevent its spread to domestic swine.

The National Marine Fisheries Service has finalized rules to expand the protected critical habitat for Washington's orca pods from the Canadian border all the way down to Point Sur in California, adding 15,910 square miles to the present protected area.

Another story of an animal that has no business being where it is: In Grand Prairie, Texas near Dallas this week a venomous West African banded cobra escaped its owner's house and is still on the loose. The snake is said to be shy but will bite if disturbed and its bite can be fatal. Members of the public were warned against approaching or trying to capture it.

In research that is the first of its kind, scientists in Barcelona found that bottled water has a 3,500 times higher impact on the environment than tap water.

A bill has passed the U.S. House of Representatives to make the former Japanese Americans incarceration camp known as Amache a National Historic Site in order to preserve the stories and the memories of those who were confined there.

A 2,624-year-old bald cypress in a North Carolina swamp is said to be the oldest tree in the eastern United States but it is problematic whether it will long survive rising sea levels.

President Biden on Thursday unveiled a plan to make cars and light trucks more fuel-efficient and to begin a shift to electric vehicles over the next decade. An executive order would require at least half of new vehicles to be electric or plug-in hybrids by 2030.

Mother Nature is well and truly ticked off with humans and she has sent us warning after warning to make us clean up our act. The problem seems to be that our narcissistic human nature refuses to get the message. 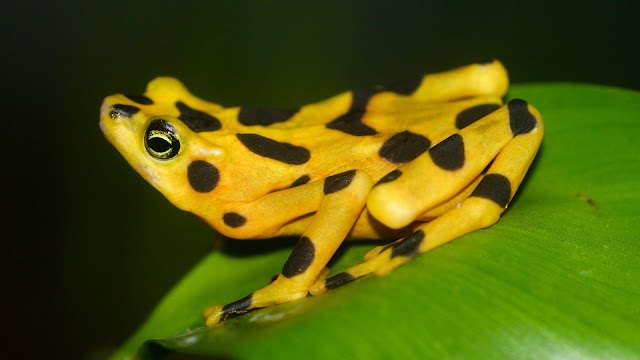 This vibrant creature is a Panamanian golden frog. It is critically endangered and now exists only in conservation breeding programs. Yet there is still hope that it may survive and someday be reintroduced to the wild.
*~*~*~*
But will the manatee survive? This has already been the deadliest year on record for the species. Scientists and activists are struggling to try to prevent further disasters for the gentle sea cows.
*~*~*~*
History has been made at the reserve on the Japanese island of Kyushu. The macaques there have their first alpha female leader in the reserve's 70-year history. Equality for female monkeys!
*~*~*~*
And in further evidence of the power of females, scientists studying giraffe social behavior have found that giraffe grandmothers are high-value family members that help the group to find resources in difficult times.