The American Bird Conservancy's "Bird of the Week" is the beautiful Aplomado Falcon, a hunter of open savanna, prairie, desert, and grasslands. Today it is a resident in parts of Texas but was largely extirpated from its range in the U.S. in the 1950s.

In the midst of all the chaos in world news this week, suffering Haiti has probably not received the attention it deserves. First, it was hit by a 7.2 magnitude earthquake that killed hundreds. That was on Saturday. A couple of days later Tropical Storm Grace drenched the country while emergency crews were still trying to find and dig out survivors of the quake. And of course, this followed the political upheaval following the assassination of Haiti's president a few weeks before. Here is a list of vetted organizations that are helping in the country. If you are in a position to donate to them, please consider it. (Please note the Red Cross is not among them. That organization has a problematic history in Haiti.)

Wisconsin has chosen to ignore the recommendations of scientists and conservationists and allow the killing of as many as 300 gray wolves, more than a third of the state's population of the animals, in an autumn hunt.  Hunters exceeded the numbers that the state "allowed" in the last hunt; what's to prevent them from doing that again?

Louisiana activists have scored a victory with the news that the U.S. government has placed further delays on a proposed multibillion-dollar plastics plant in the southern part of the state, an area known as Cancer Alley because of the high percentage of cancer cases there, many directly related to environmental conditions.

The E.P.A. is reversing a decision taken by the previous administration to allow the pesticide chlorpyrifos to remain in use. The pesticide has been linked to neurological damage in children and its use will now be blocked.

With climate change and long-term drought continuing to take a toll on the Colorado River, the federal government has, for the first time, declared a water shortage at Lake Mead, one of the river's main reservoirs. This will trigger cuts in the water supply available to farmers in Arizona first but also in Nevada and for Mexico. 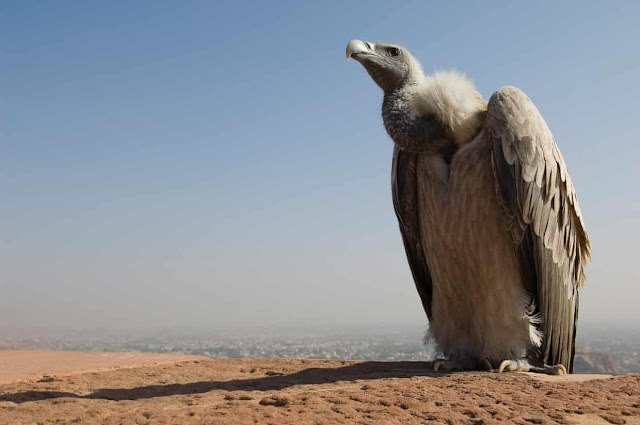 Vultures in three species, including this Long-billed Vulture, are being captive-bred by Indian conservationists to be released back into the wild. The three species that also include the White-rumped and Slender-billed are all critically endangered. Their numbers have been decimated by exposure to drugs used to treat cattle that become vulture food when they die.
*~*~*~*
A major U.N. biodiversity summit has been delayed for a third time because of the pandemic. It had been scheduled for October. Organizers now hope to have a face-to-face meeting in the coming year.
*~*~*~*
Should lynxes be rewilded to Britain? They could help control deer numbers and enrich the ecosystem but there is much opposition to their reintroduction, especially among farmers. The public needs more education and reassurance on the issue.
*~*~*~*
Willow, the multimillion-dollar Alaskan drilling project of ConocoPhillips that had been approved by the previous administration and then legally supported by the Biden administration has been blocked by a federal court order. The judge blocked construction permits, citing the effects the drilling would have on wildlife in the area and that the burning of oil would have on global warming.
*~*~*~*
What happens when farmers and gardeners repeatedly use pesticides to control weeds over a number of years? The weeds adapt; they become resistant. Nature finds a way. The result: Superweeds.
*~*~*~* 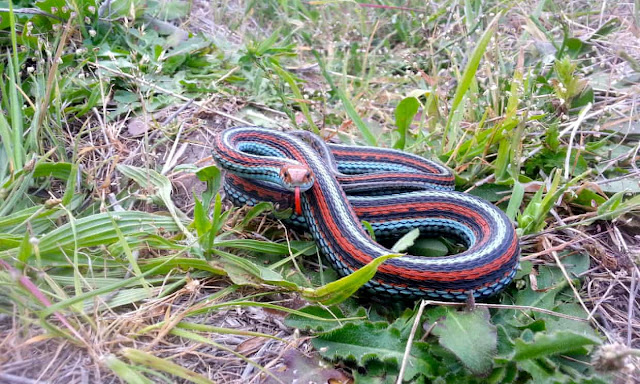 A 180-acre parcel of land owned by the international airport in San Francisco is home to about 1,300 of these colorful and endangered San Francisco garter snakes. The snakes that can grow up to three feet long are considered some of the most beautiful snakes in the world.
*~*~*~*
Horseshoe crabs are very primitive animals, having changed hardly at all in over 300 million years. Proof of this was found in a rare and exceptional fossilized imprint of a horseshoe crab's brain that was found in the Mason Creek deposit in northeastern Illinois.
*~*~*~*
Bobcats are a successful species and are widespread over the continent. They are the species featured in The Revelator's "Species Spotlight" this week.
*~*~*~*
Wildfires are burning right around the world. Here are maps that show the locations of some of the worst.
*~*~*~*
It seems that some bat pups actually babble in a way that mimics human babies. That shouldn't be surprising, I guess, since we are both mammals.
*~*~*~*
Rattlesnakes, on the other hand, employ very effective non-verbal communications to advertise their presence and warn potential threats.
*~*~*~*
The Red Sea coral reefs off the Israeli resort of Eilat host some of the greatest coral diversity on the planet. Ecological groups fear that this treasure is imperiled by a secretive oil deal between Israel and the United Arab Emirates.
*~*~*~*
For fifty years the Owens pupfish has flickered on the edge of extinction but a new refuge in the California desert finally offers the little fish its first real chance to thrive.