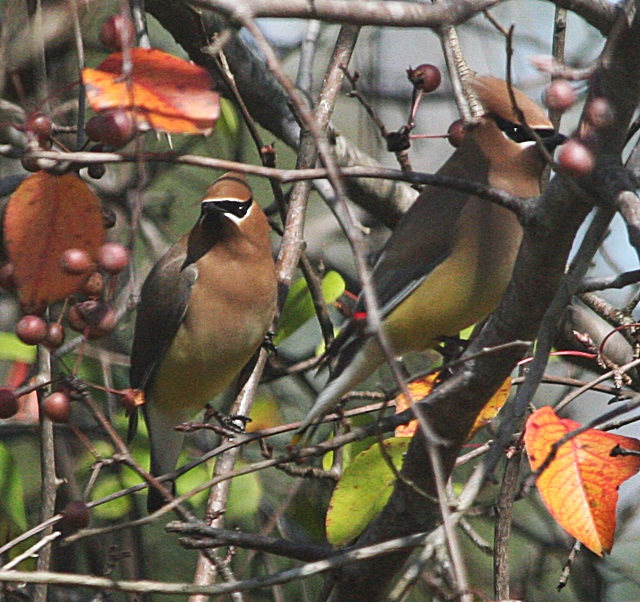 Cedar Waxwings have reportedly been seen in the area already, although it is a bit earlier than I normally see them here. I took this picture last year. I always look forward to their arrival. They are a most welcome winter visitor.
*~*~*~*
Nature itself is our best defense against runaway increases in greenhouse emissions and encouraging and working to conserve biodiversity in the landscape is the best way for us to assist Nature in this important work. Here are some ways for us to best accomplish that.
*~*~*~*
Apparently, right-wingers are beginning to acknowledge that there might just possibly be something called climate change going on but they are now pairing this acknowledgment of possible ecological disaster with their fears of immigrants. This narrative is finding its way into mainstream politics.
*~*~*~*
New legislation in Britain will require that all new buildings there have a charging point for electric vehicles.
*~*~*~*
It's Thanksgiving week so cue the stories of Wild Turkeys being "rough and rowdy." After a crash of their population in the early 20th century, they have now rebounded spectacularly in many parts of the country to the point of sometimes being a pest in urban areas.
*~*~*~*
Will the elusive porpoises called vaquitas be the next animal to go extinct? Only about ten are known to exist in the wild but scientists still hold out hope for the species' survival.
*~*~*~*
As COP26 was winding down, Egypt was hit by the arrival of a plague of scorpions. Yet another warning by Nature of the potential for disaster? Scientists generally did not feel confident that COP26 had done enough to protect Nature.
*~*~*~*
Rising ocean temperatures have severely undercut fishing seasons in the Pacific off the West Coast. Now the Pacific Coast Federation of Fishermen's Associations is suing some of the largest oil companies for causing the climate crisis and damaging their livelihood, in spite of the fact that their industry is very dependent upon oil.
*~*~*~* 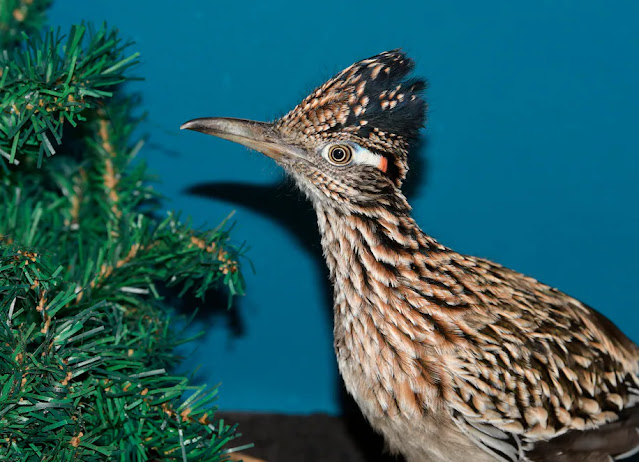 Did you hear about the Roadrunner that hitched a 3,000-mile ride from Las Vegas to Maine? It was captured and taken to an avian sanctuary there and wildlife officials are hoping to send it back to its desert home after veterinarians okay it for travel.
*~*~*~*
Beavers are an emblematic Canadian animal but in some regions, their increased population is creating problems as their dams cause flooding in areas.
*~*~*~*
America's fledgling offshore wind sector has kicked off with the beginning of construction of its first commercial-scale offshore wind farm located in waters 15 miles off Martha's Vineyard near Cape Cod in Massachusetts.
*~*~*~*
Jaguars roamed the mountains of the southwestern United States for centuries until they were almost driven to extinction in the mid 20th century. Now scientists and conservationists are advocating for the reintroduction of the big cat to the area.
*~*~*~*
Southern California is facing the year's worst fire danger as Santa Ana winds whipped the area with gusts of 70 mph this week amid humidity of less than 10 percent.
*~*~*~* 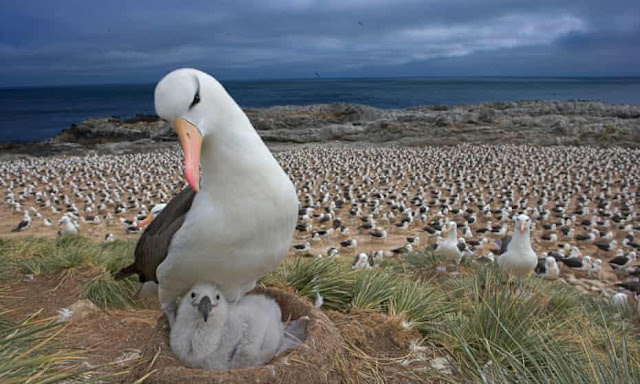 Albatrosses are some of the world's most reliably monogamous creatures, but now researchers say that global warming is causing Black-browed Albatrosses such as these to "divorce" more frequently because they must travel farther and farther to find food.
*~*~*~*
River otters are on the rebound in Texas. The furry, playful creatures are reclaiming their place in Texas rivers. They have even been seen frolicking in Houston's Buffalo Bayou.
*~*~*~*
And in California, the western Monarch butterfly also seems to be making a comeback. Even though its numbers are still far short of its once-normal population, the recent exponential increase is a welcome sign of recovery.
*~*~*~* 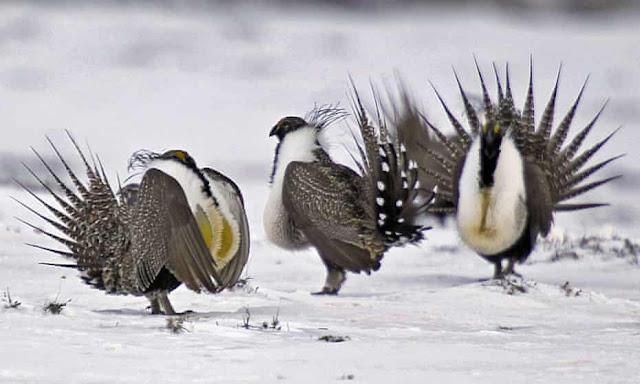 The Biden administration is considering new protections for the Greater Sage-Grouse, reversing the relaxation of those protections by the previous administration. The bird has become a symbol of the clash between conservationists and energy companies that are eager to drill on land that comprises the range of the grouse.
*~*~*~*
The first-ever Native American has been confirmed by the Senate to be the head of the National Park Service. Charles "Chuck" Sams III, an enrolled tribal member of the Confederated Tribes of the Umatilla Indian Reservation was unanimously confirmed.
*~*~*~* 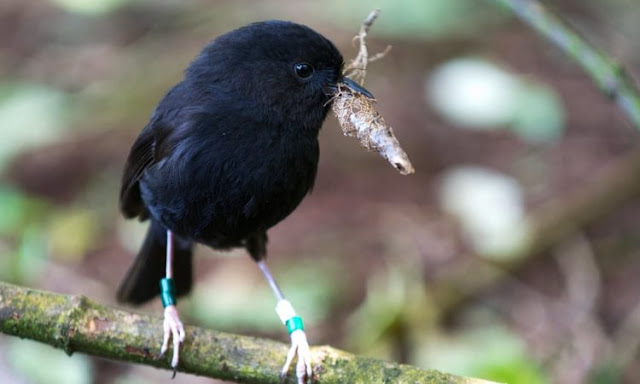 New Zealand's Black Robin, pictured here, was once the rarest bird in the world but it was brought back from the brink of extinction. However, this conservation success story is now in danger of reversal and the robin is once again in trouble.
*~*~*~*
In Manu National Park in Peru, a previously unknown species of bird has been discovered. It is a member of the tanager family and the team that discovered it has named it Inti Tanager, after the word for "sun" in the Quechua and Aymara languages.
*~*~*~*
How do we prioritize regions that we must conserve in order to reduce global warming? Researchers have found that areas such as the forests and peatlands of Russia, Canada, and the United States are as vital to that effort as the tropical forests of the Amazon, Congo, and Southeast Asia. Peat bogs, mangrove swamps, and eucalyptus forests are also vital to reducing greenhouse gases.
*~*~*~*
The commercial crabbing season in parts of California has been delayed due to concerns for the endangered humpback whales that share the waters where the crabs are found. Humpback entanglements in the heavy nets used by commercial crabbers have increased in recent years.
*~*~*~*
Finally, a photographer of wildlife shares his story of photographing a male Harrier, the "Grey Ghost."
weekly roundup