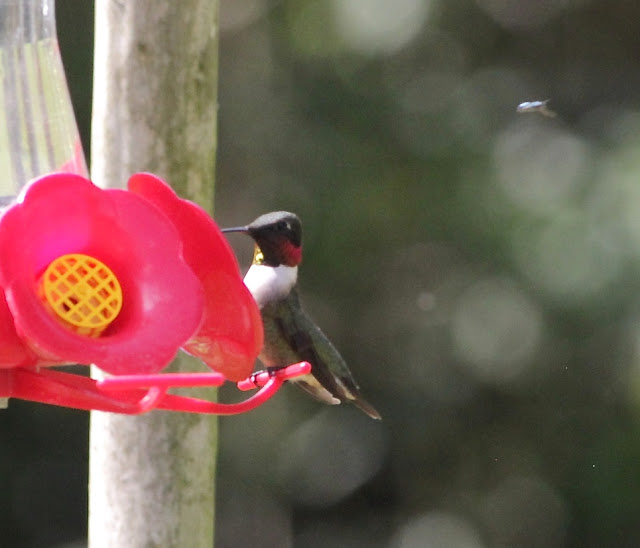 Ruby-throated Hummingbirds are passing through. Some have been with us all summer while others spent the season farther north and are now on their way to their winter homes. If we are lucky, maybe we'll get some of their cousins, the Rufous Hummingbirds, to spend the winter with us.

Is our planet the only one in the universe with life on it? That would seem to be an utterly ridiculous assumption. With the unimaginable abundance of planets, surely there are others with life. But how to find and connect with them?

Meanwhile, on our planet and our continent, a climate disaster unseen in 1200 years is unfolding. The American Southwest is experiencing a historical drought.

How can a study of history help to preserve an endangered species? That is the area of expertise of the "historical ecologist."

Coastal landowners in the United States are being urged to let rising sea waters into their property.

Once near extinction, the California Condor is making a recovery with a little help from its friends.

Another species near extinction is the Chittenango ovate amber snail. Friends of the species are attempting to stave off that extinction.

Wildfires in California, Oregon, and Washington have caused air quality in the area to plummet.

Archaeologists in Borneo have discovered the earliest known evidence of surgery. It occurred 31,000 years ago and involved the amputation of the lower left leg.

Not all so-called "marine protected areas" are created equal.

In British Columbia, an Indigenous-led project established a carefully guarded pen to protect pregnant caribou and their newborn calves. As a result of their efforts, the herd is flourishing. 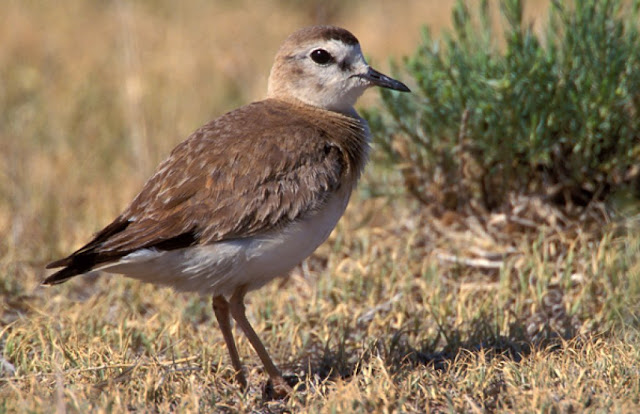 This is the Mountain Plover, the American Bird Conservancy's Bird of the Week. A bird of the high plains of North America, like many birds of that habitat its numbers are decreasing.
*~*~*~*
The American chestnut tree was virtually wiped out by a blight-causing fungus a century ago, but now there is an attempt to bring it back, or at least to bring a hybrid back to the damaged lands where the trees once stood.
*~*~*~*
In other tree news, here's a story about an ancient ponderosa pine.
*~*~*~*
The Greenland ice sheet has just experienced one of its strongest late-season melts on record. It is September and the sheet is still melting.
*~*~*~*
Here's a link to the winners of the best bird photographs of the year.
*~*~*~*
There's a presidential election in progress in Brazil and the result of that election may well determine the fate of the Brazilian Amazon.
*~*~*~*
The energy crisis has inspired German cities to turn off night lights at landmarks, monuments, and prominent buildings as a way of conserving. It's an idea that we can hope will be emulated in other places.
*~*~*~*
Finally, in Connecticut, a family had an unexpected guest at their birthday party; a black bear showed up to demolish their cupcakes!