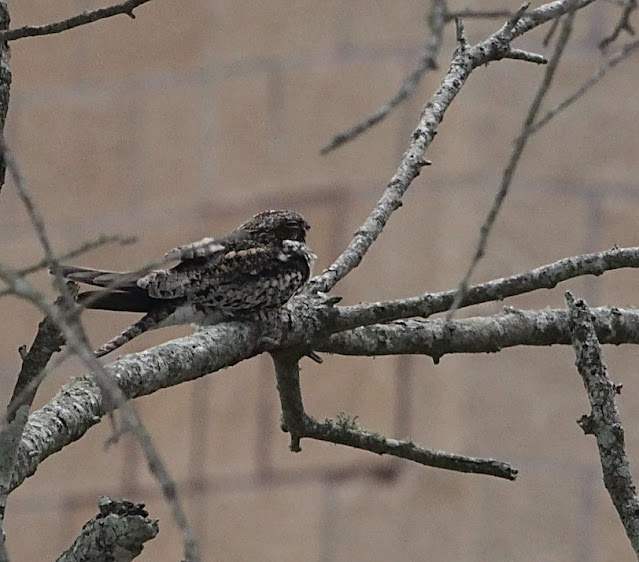 Here's a Common Nighthawk assuming that he is invisible, which he almost is with his cryptic coloring.
*~*~*~*
The big news in the world's environment this week was the deadly floods in Pakistan that have so far killed more than 1,100 people.
*~*~*~*
And elsewhere in the world, many areas, including the American West, are enduring brutal heat waves.
*~*~*~*
The extreme weather is, of course, exacerbated by climate change and climate change has also had an effect on the Pacific Crest Trail, a popular venue for serious hikers that runs from Mexico to Canada.
*~*~*~*
An algal bloom on San Francisco Bay has killed thousands of fish and resulted in their dead bodies washing up on the edges of the bay and creating a putrid stench in nearby neighborhoods.
*~*~*~*
In the deep ocean, about 600 to 800 meters down, there lives a fish called the barreleye which has a transparent head and extremely light-sensitive eyes that it can rotate in the transparent canopy.
*~*~*~*
And elsewhere in the ocean, male dolphins form lifelong bonds and complex alliances that help them to repel rivals for females.
*~*~*~*
While Pakistan is being flooded, elsewhere in Asia China is suffering a severe drought that has crippled its huge hydroelectric dams.
*~*~*~*
Negotiations for a treaty to protect the world's oceans have stalled and time is running out to give them the protection they need.
*~*~*~* 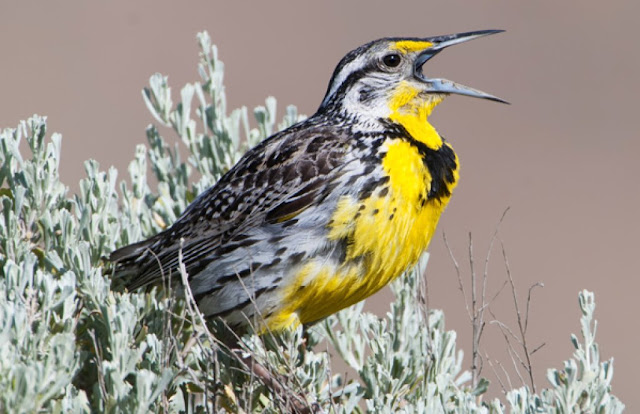 A bird of the prairie, the Western Meadowlark, is the American Bird Conservancy's Bird of the Week.
*~*~*~*
The climate phenomenon called La Nina is expected to continue through the end of this year, according to U.N. climate scientists.
*~*~*~*
The fifteenth conference of the world's nations on climate change, called Cop15, will take place in Montreal in December.
*~*~*~*
Deforesters are plundering the Amazon region and the government of Brazil is letting them do it.
*~*~*~*
Also in Brazil, the last member of an Indigenous group has died meaning that that group is now extinct.
*~*~*~*
The passage of the Inflation Reduction Act should set the stage for a boom in renewable energy in the United States.
*~*~*~*
There is no longer any way of stopping the partial melting of the Greenland ice sheet and that will trigger a foot of global sea-level rise.
*~*~*~*
Dinosaur remains discovered in a back garden in Portugal may prove to be the largest sauropod yet found in Europe.
*~*~*~*
And next door in Spain, extreme drought has uncovered a prehistoric stone circle that is being referred to as Spain's Stonehenge.
*~*~*~*
Paleontologists have identified the earliest-to-date fossil record of a placental mammal. It dates to about 62 million years ago.
*~*~*~*
A new study has confirmed that there is a long-lost branch of the Nile River that was instrumental in aiding in the construction of the pyramids by providing a transportation route for the large stones that were used.
*~*~*~*
Octopuses are very intelligent creatures, but in the United States, there are no laws protecting them as subjects for researchers.
*~*~*~*
Margaret Renkl notes the coming end of summer.