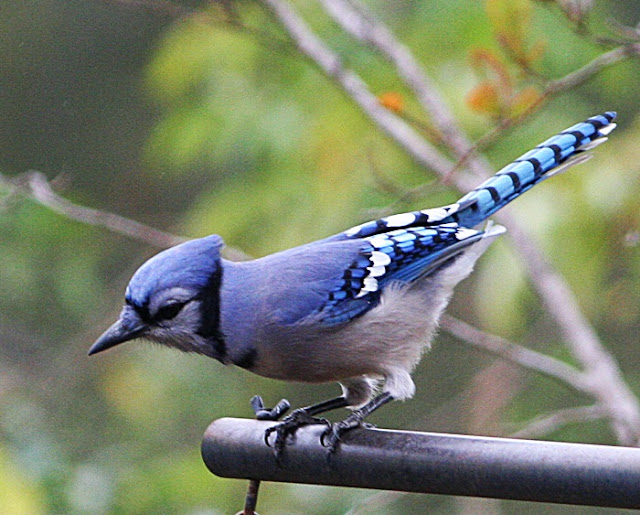 A Blue Jay checks out the feeding station to see if there is anything there that looks tasty.

As expected, the current administration in Washington has finalized its plans to allow the leasing of the Arctic National Wildlife Refuge for drilling for oil and gas, even though scientists say it is likely there is little of the stuff available, likely not enough to make the drilling profitable. Drilling ANWR has been a Republican wet dream for more than forty years. The plans will be fought in court by conservation organizations and Native Americans like the Gwich'in people who depend on the caribou herd that lives in ANWR.

It is the middle of summer and California is burning. There are at least four factors that contribute to these summer wildfires. One of them is NOT the fact that California doesn't rake its forests.

A Japanese-owned, Panama-flagged bulk carrier, the Wakashio, has been leaking diesel and fuel oil into the pristine lagoons of the island nation of Mauritius, off the east coast of Africa. It is one of the worst environmental disasters ever faced by the nation and Mauritians have banded together to fight it and try to clean up the mess. There is increasing anger over the spill which Mauritians feel should never have happened. 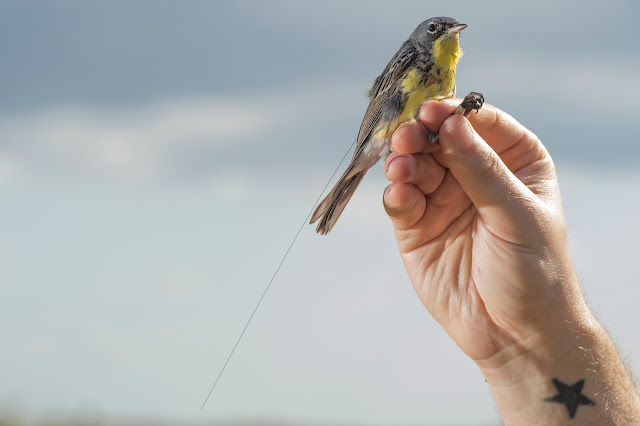 A Kirtland's Warbler wears a radio tag just prior to its release. Data from these radio tags have confirmed that these warblers make previously unknown long-distance movements during the breeding season. Is this unique to these warblers or do other birds make such flights? The answer to that question would have important conservation implications for many North American birds.

Last Sunday, an automated weather station at Furnace Creek in Death Valley, California recorded a temperature of 129.9F (54.4C). This is likely the hottest temperature ever reliably recorded on Earth.

Over the past couple of years, I have reported in this weekly roundup the ongoing efforts of the National Butterfly Center on the Texas border with Mexico to fight the encroachment by "wall builders" to build a wall on the border that would decimate the environment protected by the center. Finally, the courts allowed a privately funded group called We Build the Wall to build a wall on private land adjoining the center's lands. When the men heading up that organization were arrested for fraud this week, one could easily understand the center's executive director's sense of schadenfreude. 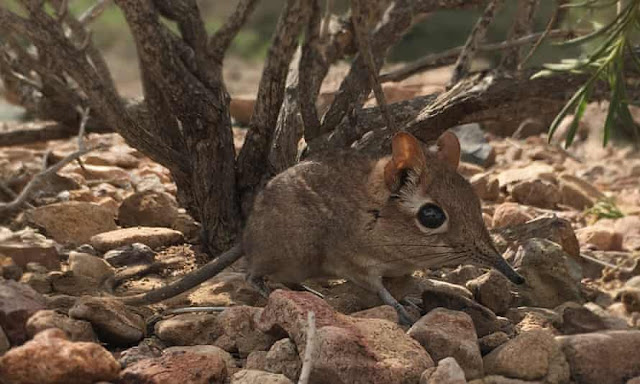 This tiny critter is an elephant shrew species that had been lost to science for fifty years. It is the Somali sengi and it has recently been discovered again, alive and well, by an expedition to Djibouti in the Horn of Africa.

Data from the citizen science website eBird appear to confirm that birds are already adjusting their ranges to compensate for the heating up of the planet.

Five automakers - Ford, Honda, BMW, Volkswagen, and Volvo - have sealed a binding agreement with California to adhere to the state's stricter tailpipe emissions rules. Their action is in defiance of the current administration in Washington which wants less restrictive (or maybe no) rules.

Coastal mangrove swamps do yeoman duty in helping to protect communities and habitats from storm surges. But the conditions that worsen those storm surges, effects of climate change, are also killing the mangrove trees. 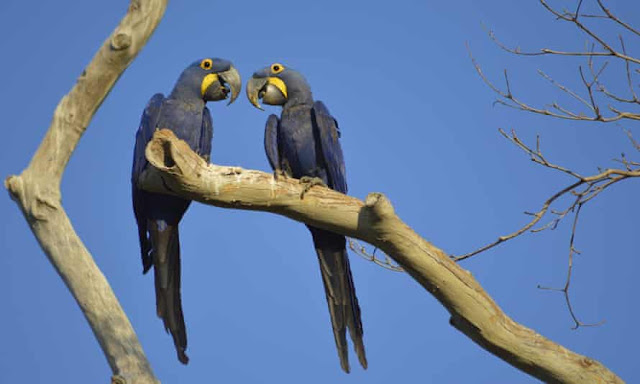 The Hyacinth Macaw, an endangered species, lives in the Pantanal wetland region of Brazil. That area has recently been devastated by the worst wildfires it has seen in decades, creating fears for the continued survival of the birds.

Scientists are using some unusual partners - elephant seals - to help them map the currents of the Southern Ocean around Antarctica, information that is needed to monitor climate change.

Invasive shrubs in the northeastern United States leaf out earlier than native shrubs and keep their leaves longer. This makes them stiff competition for the native shrubs and more difficult to control, thus making this area particularly vulnerable to invasives.

Lake Mead, the nation's largest reservoir, is now at just 40% of its capacity because of persistent drought. Arizona, Nevada, and Mexico have signed an agreement to receive less water from the Colorado River next year, a move designed to help boost the level of the lake.

Sawfish and their rhino ray relatives, all cousins of sharks, are among the most threatened species on Earth. Scientists are searching the waters of New Ireland Province, Papua New Guinea to collect evidence as to whether the animals live there so that they can be protected.

Cities in the southeastern U.S. are already dealing with rising waters as a result of climate change. How do these communities plan for their wetter future?