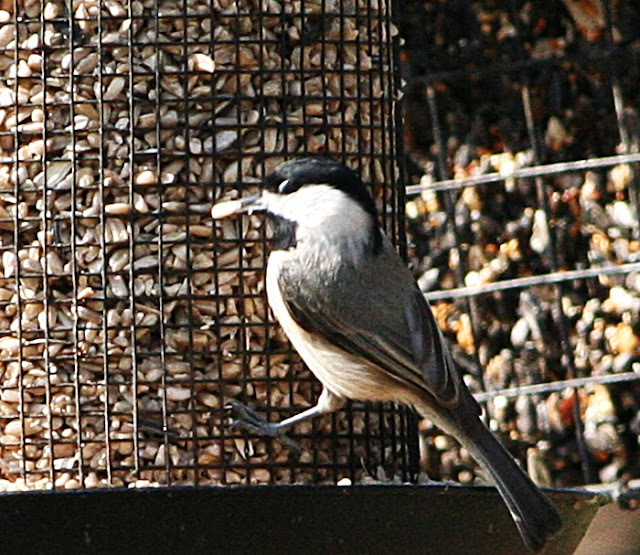 A Carolina Chickadee plucks a seed from one of my feeders.

As poorer, hotter parts of the world struggle to adapt to unbearably hot temperatures, scientists warn of the possibility of more deaths from the heat than from all infectious diseases.

The hyped media coverage of Asian giant hornets, so-called "murder hornets," has freaked out the public and threatens to cause persecution of perfectly harmless and even beneficial insects.

Following the example of our own government, Brazil's authoritarian regime is laying waste to the environmental protection laws of the country. The actions are being taken by executive decree.

Using satellite images, scientists have discovered eleven previously unknown Emperor Penguin colonies in Antarctica, which boosts the number of known colonies of the endangered birds by 20%.

Surfers on Sydney's Manly Beach got more thrill than they had bargained for last Sunday afternoon when a mother humpback whale and her baby swam within ten meters of them.

Beach closures on North Carolina's Cape Hatteras National Seashore have been shown to improve the breeding success of shorebirds that nest there. This is particularly good news for endangered species such as the Piping Plover.

A new study suggests that New Guinea with more than 13,500 species of plants, two-thirds of which are endemic, has the greatest plant diversity of any island in the world. It beats out the previous record-holder, Madagascar, by 19%.

If you think about porcupines at all, you probably assume they are pretty safe. After all, they have all those sharp quills. But it turns out they also have bezoars, a ball of inedible material that gathers in their digestive tracts, and some people value these for their purported healing properties, and that is enough incentive to cause poachers to go after the animals.

The isolation that has been brought about by the pandemic restrictions has produced an explosion of interest in the hobby of birding. It is hoped that this interest will spread to a wider diversity of people, bringing more to what has been known as mostly an activity of White people.

An ocean heat wave off the east coast of North America is fueling what is shaping up as one of the most active hurricane seasons on record in the Atlantic. 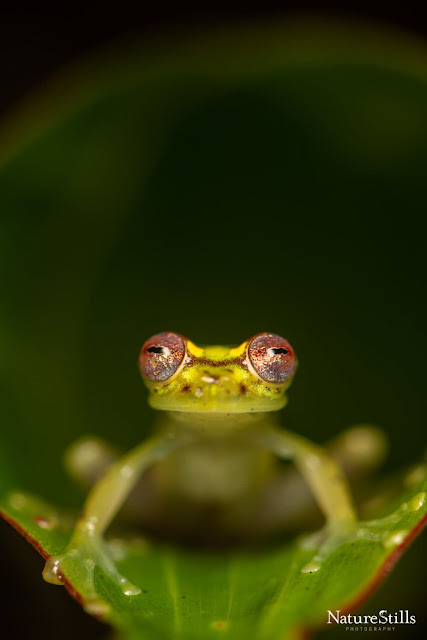 The endangered Mindo glassfrog, pictured here, had not been seen for decades and was feared to be extinct, but now it has been found once again in the remote Rio Manduriacu Reserve in Ecuador. That's the good news. The bad news is that the reserve itself is not as secure as one would hope, leaving all the many rare animals that live there in precarious circumstances. 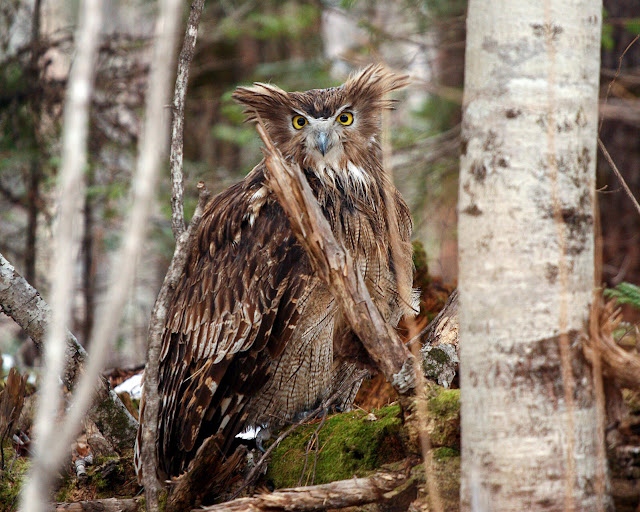 Blakiston's Fish Owl is the largest and certainly one of the most impressive looking owls in the world. It lives in eastern Russia and naturalist Jonathan Slaght, who took this picture of it, went looking for the bird in its natural habitat. He tells about the adventure in his new book Owls of the Eastern Ice.

A new 11th Street Bridge is to be built over the Anacostia River in the District of Columbia and it is to include a park which it is hoped will serve the needs of the residents of the Anacostia area to be outdoors in Nature.

More dam removal: Two more dams have been removed from the Pilchuck River in Washington. The removal opens up 37 miles of habitat for salmon for the first time in a century.

A genetic and morphological study of Rivoli's Hummingbird has identified three main lineages of the bird. The three are isolated by important geographic barriers that have allowed them to diverge.

The aquatic beetle Regimbartia attenuate has a unique survival strategy. When swallowed by a frog, it passes relatively quickly through the frog's digestive system and causes its predator to poop it out. The beetle is still alive and well when it emerges.

Mouse lemurs are the tiniest known primates alive in the world today and now there is a new one known to science. It is Microcebus jonahi (Jonah's mouse lemur) and it was found, like all the other 107 species of lemurs, in Madagascar. All of the species are threatened.

October 13, 2019
I dip into poetry throughout the week. I do it quite randomly, without a plan or agenda. But I am often astonished to find that the poem I have randomly chosen is exactly the one that I needed at that particular moment. And so it was when I landed on this poem by Mary Oliver a few days ago. She writes: it is a serious thing just to be alive on this fresh morning in the broken world. Yes, exactly. Invitation by Mary Oliver Oh do you have time to linger for just a little while out of your busy and very important day for the goldfinches that have gathered in a field of thistles for a musical battle, to see who can sing the highest note, or the lowest, or the most expressive of mirth, or the most tender? Their strong, blunt beaks drink the air as they strive melodiously not for your sake and not for mine and not for the sake of winning but for sheer delight and gratitude – believe us, they say, it is a serious thing just to be alive on this fresh m
Read more