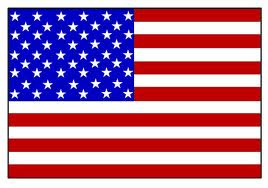 After witnessing the British Royal Navy's bombardment of Fort McHenry in Chesapeake Bay during the War of 1812, a lawyer and amateur poet named Francis Scott Key was inspired to write a poem called "Defence of Fort McHenry." The poem was actually written in 1814 and was later set to the music of a popular British song from a men's social club in London. The song was called "To Anacreon in Heaven."

That popular tune was employed in the service of many lyrics over the years, but once used for Key's poem, it was renamed "The Star-Spangled Banner" and was eventually made the national anthem by congressional resolution on March 3, 1931.

From time to time, you hear people grousing that this song is just too hard to sing and that the anthem should be changed to something easier like "America the Beautiful," but I hope that never happens. I quite like "The Star-Spangled Banner" with its history and its message of patriotism.

Most people are probably unaware that there are actually four verses to the song. They are lucky to know the first or sometimes the first and last, but those two middle verses are almost never sung. Just for today, though, because it is the nation's birthday, here are all of the verses, as Francis Scott Key wrote them 199 years ago.

Happy birthday, America, and may your Star-Spangled Banner forever wave over a land of freedom.
Francis Scott Key Independence Day