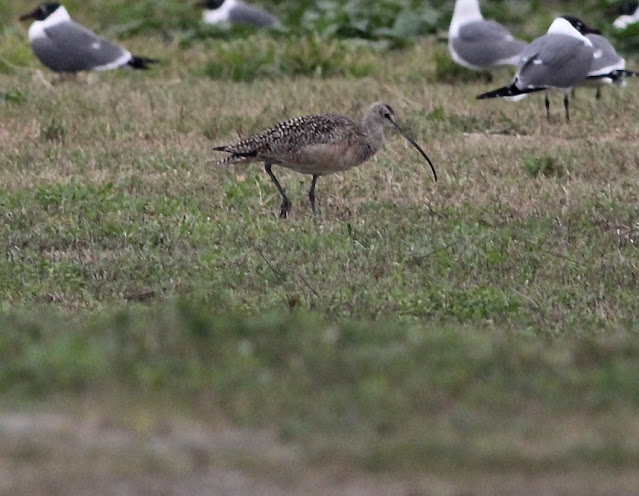 A Long-billed Curlew searches for his dinner in a field populated with Laughing Gulls.

The big news in the environment on this continent this week has been the heat wave that has affected more than 80 million Americans in the central and eastern states. The hot weather will continue for the next several weeks, with only the Southwest and Alaska forecast to have cool or average temperatures.

Are we truly headed toward a climate meltdown on the planet and is it too late to prevent a global catastrophe? 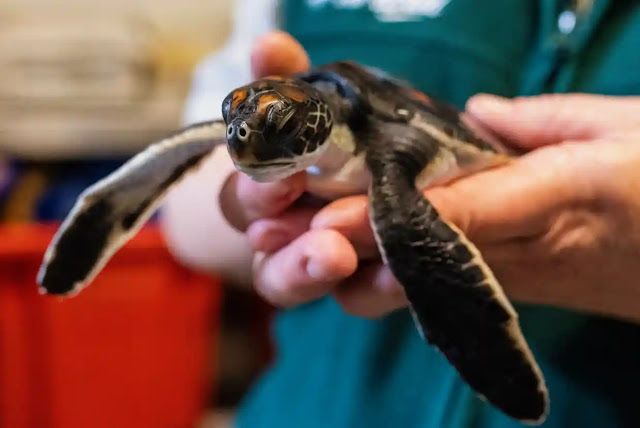 This tiny green sea turtle, after being rescued on a Sydney beach, pooed nothing but pure plastic for the first six days after it was brought in, startling evidence of the damage that is being done to the ocean environment.
*~*~*~*
The High Plains of Texas have plenty of wind and they are home to more than 11,000 wind turbines, but, sadly, the state's transmission network is incapable of moving the electricity that is produced to the areas where it is needed.
*~*~*~*
Hyperion is the name given to the world's tallest tree, a redwood in California's Redwood National Park. But it is now off limits to visitors because of the damage done by people trampling around the giant tree.
*~*~*~*
The eruption of a volcano on Tonga released into the atmosphere the most water vapor ever recorded. And in Iceland, a volcano with an unpronounceable name started erupting on Wednesday, just eight months after its last eruption had ended.
*~*~*~* 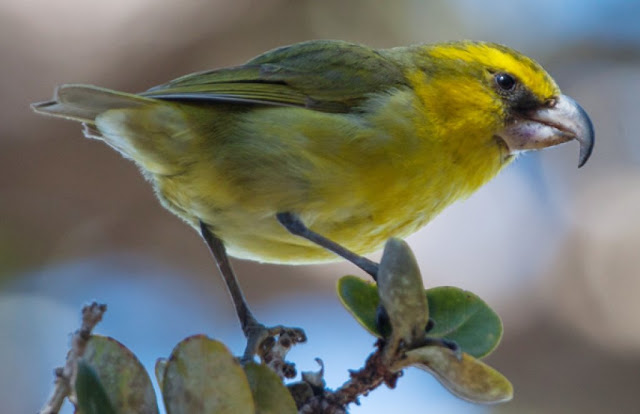 The American Bird Conservancy's Bird of the Week is the Kiwikiu, a critically endangered Hawaiian bird. Fewer than 200 of the birds are believed to still exist in the wild.
*~*~*~*
This isn't exactly bird-related but it is about something that flies; NASA's James Webb Space Telescope sent us some truly amazing pictures of other galaxies this week.
*~*~*~*
It isn't only on this continent that the heat and drought are creating crises, including among wildlife. For example, British wildlife are having to struggle to survive.
*~*~*~*
Life among the plants can be a struggle for survival as well.
*~*~*~*
Vessel strikes are among the biggest threats to the continued existence of North Atlantic right whales. In an attempt to help protect the species, the U.S. has drafted new speed limits.
*~*~*~*
You probably don't give a lot of thought to fungi so you may not be aware that they possess superpowers that can assist in the fight against global warming.
*~*~*~*
A Greenland shark that normally feeds on polar bear carcasses was found swimming in the deep waters around Belize.
*~*~*~*
Our attempts to affect our environment often have unintended consequences - such as almost driving a tiny fish to extinction.
*~*~*~* 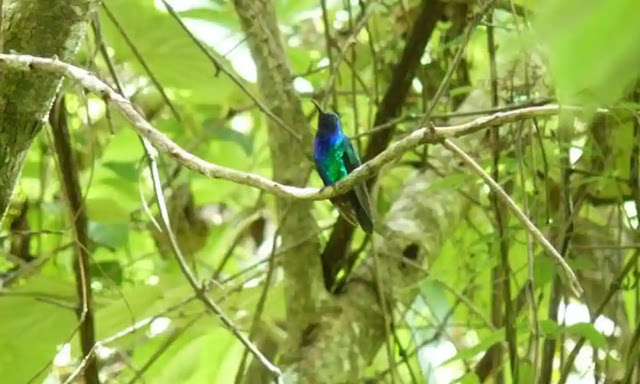 This is a Santa Marta Saberwing, a rare hummingbird that had been feared extinct. But it has been rediscovered by a birder in Colombia.
*~*~*~*
How about some good news from Australia's Great Barrier Reef? Marine scientists have recorded their highest level of coral cover since monitoring began nearly four decades ago.
*~*~*~*
DNA from elephant dung may help scientists to count the elusive African forest elephants.
*~*~*~*
The Colorado River is drying up and that is a huge problem because forty million people from Colorado to Mexico rely upon it.
*~*~*~*
Stinky seaweed that smells like rotten eggs is smothering Caribbean coasts, killing wildlife, and disrupting human life.
*~*~*~*
Tiny Piping Plovers are a threatened species and protecting them has ruined some people's East Coast vacations this summer.
*~*~*~*
A set of eighty-eight fossil human footprints from about 12,000 years ago has been discovered in the Utah desert.
*~*~*~*
If the drought long continues the Great Salt Lake threatens to become a small salt puddle.
*~*~*~*
Elsewhere the problem isn't drought but floods, but those floods have a silver lining.
*~*~*~*
Europe's heat wave has caused some Alpine hiking routes to be put off limits for the protection of the hikers and the environment.
*~*~*~*
Never underestimate the intelligence of insects! Or any critter for that matter.
*~*~*~*
Once again human actions have unintended consequences - in this case the extinction of a plant.
*~*~*~*
The northern Haiti magnolia which had been thought to be extinct has been rediscovered on the island.
*~*~*~*
A bizarre new species of sea snail, the scaly-foot snail which excretes sulfur, has been discovered in the planet's deepest oceans.
*~*~*~*
A diner in a small outdoor restaurant made an important discovery when he happened to look down - dinosaur tracks! The discovery has been confirmed by scientists.
weekly roundup