Trust by Hernan Diaz: A review 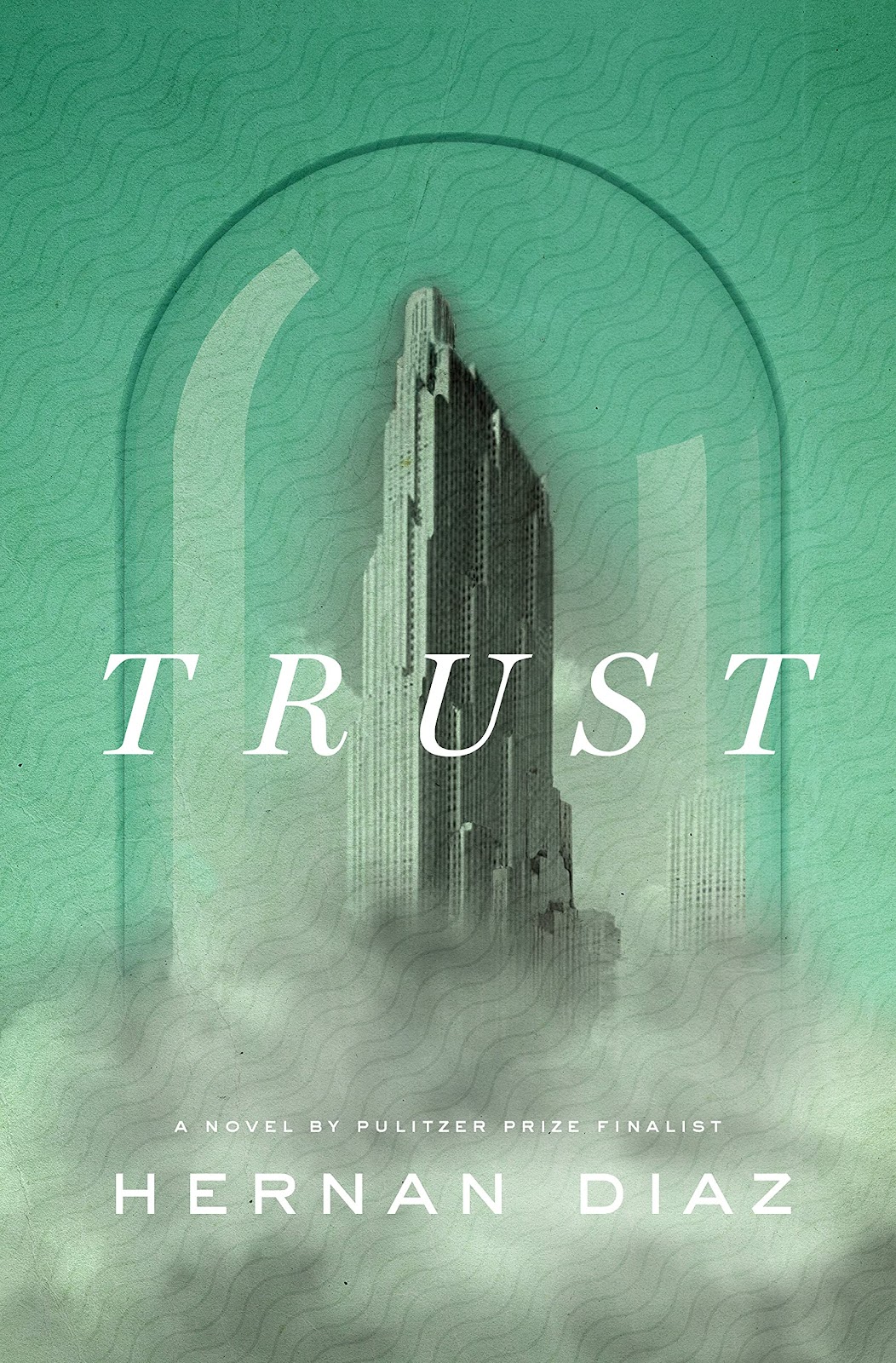 I finished reading this book a few days ago and, at the time, gave it a three-star rating. But when I sat down at my keyboard tonight to try to review it, I found I was completely blank. I couldn't remember the book. Maybe that three-star rating was a bit generous???

In the end, I had to refer to the Goodreads synopsis of the book to jog my memory and to try to recall why I had awarded it three stars. Not a very auspicious beginning for a book review.

I think the problem may have been not so much the book or the writing but simply that I was distracted by other things while I was reading. Sometimes a book can take one out of his/her distraction and focus attention but that proved to be difficult for me in this instance.

Anyway, bearing that caveat in mind, these are my best recollections of and reactions to Hernan Diaz's book.

The book is set primarily in the Roaring '20s in New York with some side trips to Europe. It is the story of a prominent financier Benjamin Rask and his wife Helen. Benjamin is a legend on Wall Street and Helen is the daughter of eccentric aristocrats. They seem to possess unlimited wealth and as such, are prime targets of envy and gossip.

The book is divided into four parts. The first part is a novel within the novel by an author named Harold Vanner. The second is a short memoir by a financier named Andrew Bevel. In the third, a woman named Ida Partenza tells of her time working with Andrew Bevel to compile his memoirs. And, finally, the fourth section comprises journal entries for Mildred Bevel, the wife of Andrew. The plot centers on the world of finance in the late 1800s and up to about the mid-twentieth century.

I think my main problem with the book was that I just couldn't get into that novel within the novel and I couldn't really make any connection to any of the characters. I couldn't really make myself care much about what happened to any of them. The shifting relationships and the slow reveal of the multiple layers of the story just left me somewhat confused and not really willing to make the effort to sort it all out. So, yes, maybe three stars were a bit generous, but it was my initial reaction and I'll let it stand.