One of my favorite winter visitors - the Pine Warbler.

Dust that billows up from desert storms and arid landscapes is helping to cool the planet and may be obscuring the true extent of global warming caused by fossil fuel emissions.

California has suffered years of ongoing drought and even though it has recently received an abundance of snow and rain, it's not enough to make up for the years of drought. But many Californians are trying to find ways to hang onto the recent deluge.

A study of southern resident orcas off British Columbia has found that they have appallingly high levels of a "forever chemical" in their bodies.

The combined effects of a hydroelectric dam and earth-shifting livestock have altered the landscape in northern Brazil and have upended people's lives there.

The largest animal ever to exist on Earth is the blue whale. How did this titanic creature get to be so big?

Beavers are famed for building dams, but why do they do it?

A recent study has revealed that a fossil flower preserved in amber had been given a mistaken identity for 150 years.

Traditional lawns have lost some of their popularity recently because of their lack of biodiversity and their voracious appetite for fertilizer, herbicides, and mowing. Maybe trees are a better option.

Here are some amazing wildlife pictures from the past week.

'Fairy circles' are a mystery that has puzzled scientists for decades but they may be just a bit closer to solving that mystery. 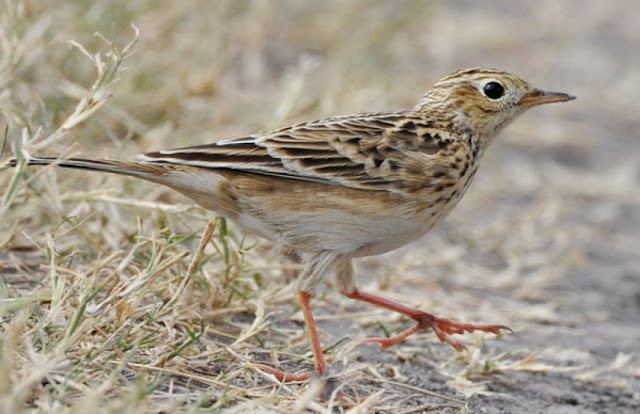 This is a Sprague's Pipit, a bird of the grasslands of North America, and the American Bird Conservancy's Bird of the Week.
*~*~*~*
The Greenland ice is melting as parts of the island are hotter now than they have been at any time in the past 1,000 years.
*~*~*~*
The rare Rice's whale lives in the Gulf of Mexico and environmentalists fear it is facing extinction unless tougher oil and gas restrictions are implemented to protect it.
*~*~*~*
It might be called "The Case of the Missing Claws." Why were some grizzly bears missing toes?
*~*~*~*
Oyster mushrooms would seem to be harmless denizens of the forest but it turns out they can be deadly for nematodes. They devour them!
*~*~*~*
For beekeepers trying to protect their colonies from the deadly disease known as American foulbrood, there is new hope. It is the world's first vaccine for honeybees.
*~*~*~*
On Poland's Oder River, one man has found a way to protect native species from invasives like American minks and raccoons. He constructs predator-proof islands for the birds.
*~*~*~*
The plague that struck black-tailed prairie dogs in 2017 caused a huge die-off of that species, but it had consequences for other species as well.
*~*~*~*
The southern tip of South America is sometimes referred to as "the end of the world." But even there you will find birds.
*~*~*~*
The glow from artificial lighting on Earth is reducing the number of stars that are visible to the naked eye.
*~*~*~* 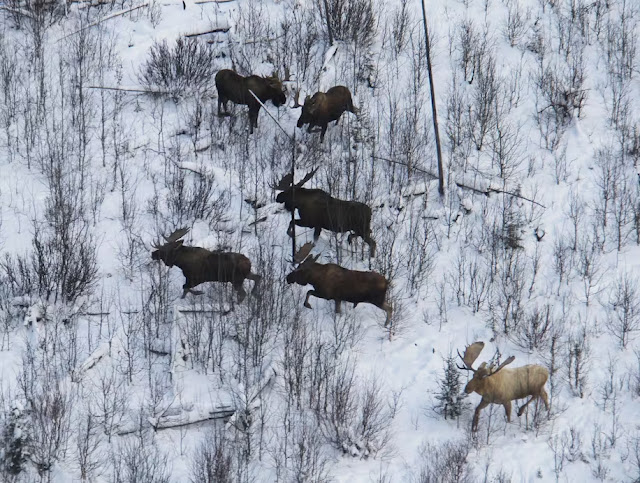 Moose are not supposed to be blond and yet here one is. It was recently spotted during an aerial survey in Alaska.
*~*~*~*
As global temperatures continue to be pushed higher by carbon emissions, scientists say by the end of the century the extreme heat could put 40% of land vertebrates in danger of extinction.
*~*~*~*
A find of ten mummified crocodiles in an Egyptian tomb is shedding light on ancient mummification practices and on the lives of those who lived in the necropolis.
*~*~*~*
A previously unknown colony of Emperor Penguins has been discovered using satellite images of one of the most remote and inaccessible regions of Antarctica.
*~*~*~*
In the state of Washington, the Columbia Basin pygmy rabbit is the world's smallest bunny and it is endangered. Scientists are working on ways to protect and preserve it.
*~*~*~*
Here is the roll call of the dead: the species that were declared extinct in 2022.