As you may have heard, Southeast Texas, and indeed much of the southeastern corner of the country suffered an unusual and devastating freeze in February. For several days and nights, the temperatures hovered in the teens and low twenties (Fahrenheit), an event that our gardens with their many tropical plants are not generally meant to endure. On the coldest night, the temperature actually went down to nine degrees according to the thermometer on my back porch and if it was nine degrees on my sheltered back porch, it was probably colder out in my yard. After it was all over, my garden looked as though it had been swept by fire. It was all brown and black. I wondered if I would ever see green again.

But that was then, this is now. 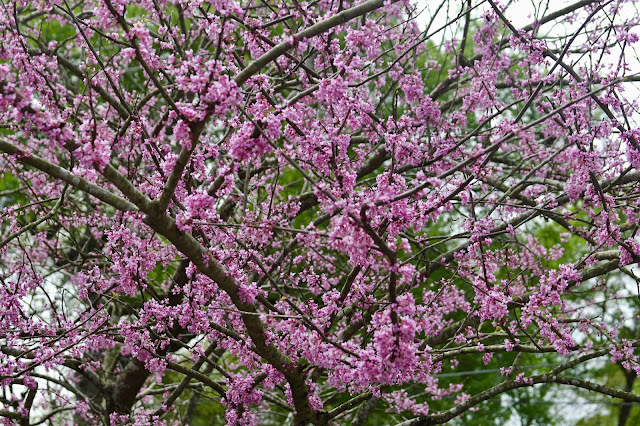 The redbud tree is in full bloom. 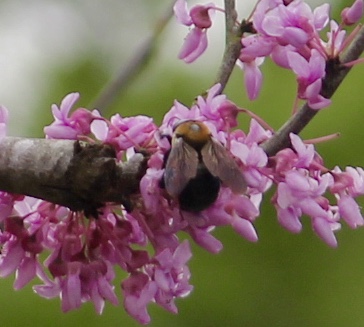 And the bees are grateful. 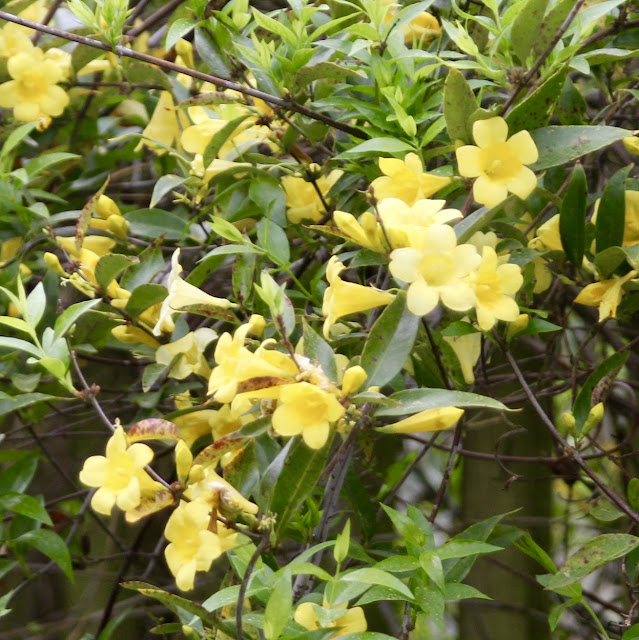 In a tale of two Carolina Jessamines, the jessamine in one part of the garden, on a trellis near the garden shed, was savaged by the freeze and turned into a brown collection of sticks which are still waiting to be cut back, but the jessamine next to our patio, which was obviously in a much more protected area, remained green and is now blooming. 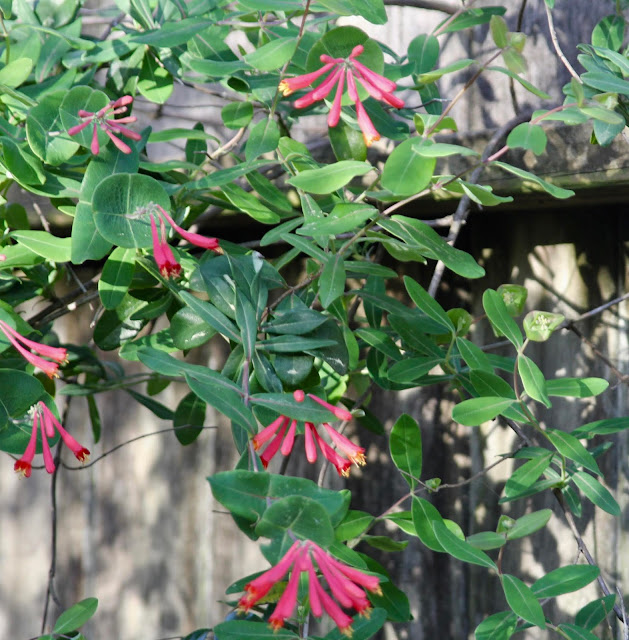 The coral honeysuckle, a native plant, never missed a beat and bloomed right on time and just in time for the migrating hummingbirds that are beginning to show up. 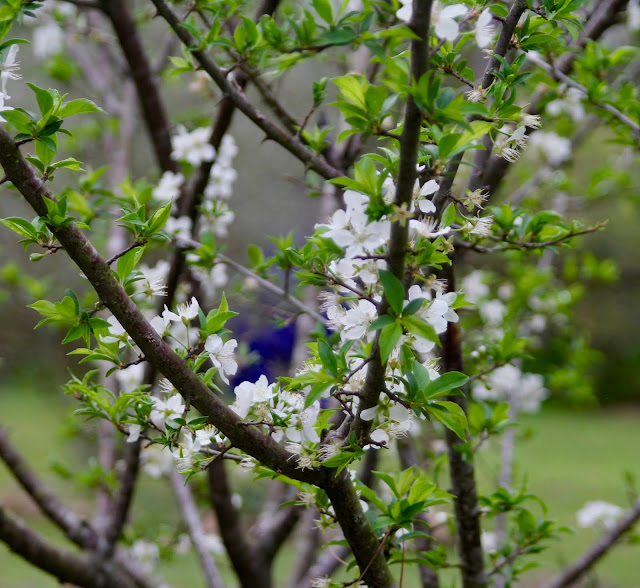 The plum tree probably actually benefited from the freeze and it has bloomed like never before, giving promise that we might actually get some plums from it this year. 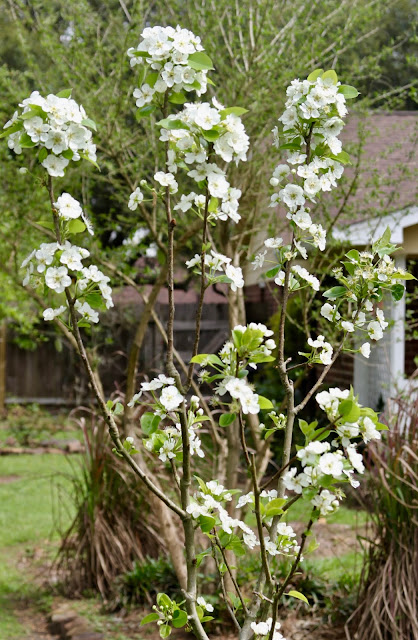 The little pear tree, too, is in full bloom. 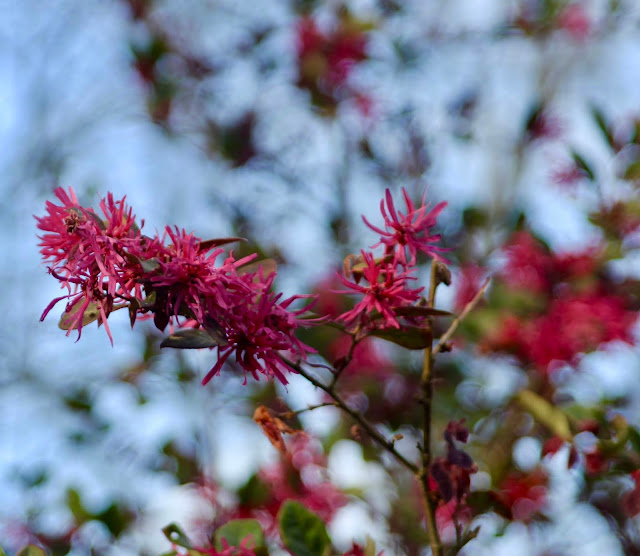 The loropetalum was in full bloom when the freeze hit and I figured that would be the last of its blooms that I would see for a while. The shrub was left, like many others, a mound of brown, but a month later, here we are. Most of the leaves are still brown and it hasn't put on many new ones yet, but the blooms are back.
Some of my blooms won't be back, at least this year. My old azalea under the redbud tree was full of buds and ready to start blooming when the freeze hit. All of those buds and most of the leaves died. There'll be no azalea blossoms this year. The Indian hawthorns died and have already been removed. The yarrow was ready to bloom when the freeze came and it died back to the ground, but it's back now and soon will be ready to bloom again. Many other of my hardy perennials died back to the ground (blue plumbage, for example) but are now coming back. Give it another month and the garden should look quite different. Perhaps by then I will have finished with my cleanup and will get around to replacing some of my losses.
Wherever you garden, I hope your garden and you are flourishing. Happy Bloom Day!

(Thanks to Carol of May Dreams Gardens.)