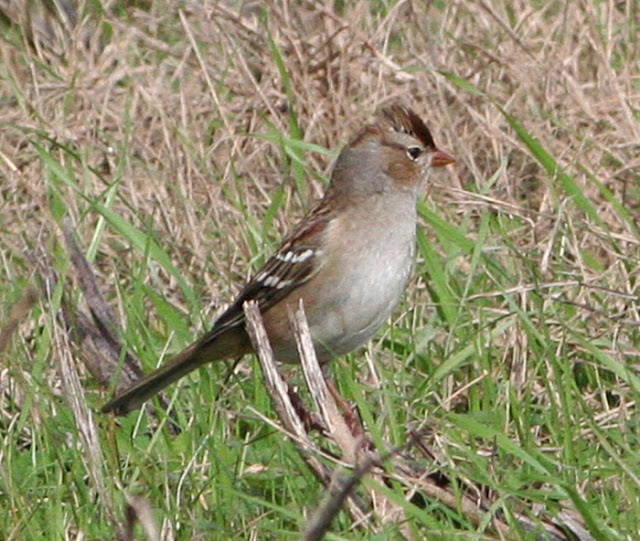 I freely admit that my sparrow identification skills are poor. I'm not 100% sure of this bird's identity so I won't label it. (Maybe you can help me out?) I photographed it in winter at Anahuac National Wildlife Refuge on the Texas Coast a few years and it has languished unidentified in my files. Here's another view: 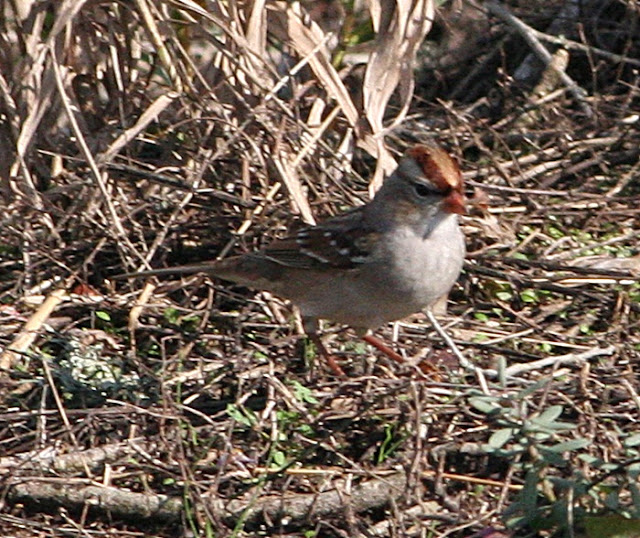 *~*~*~*
President-elect Biden has named John Kerry, one of the architects of the Paris climate accord, as his special presidential envoy on climate change and has indicated that it will be a cabinet-level position. Moreover, Biden has said that he intends that the fight against climate change will be an integral part of each of the executive branch agencies' mission in his administration.
*~*~*~*
Meanwhile, the current administration continues attempting to weaken rules regarding clean water and air, and career civil servants in the Environmental Protection Agency are stalling and delaying the actions wherever they can.
*~*~*~*
General Motors which had gone along with the current administration's effort to strip California of its ability to set stricter fuel economy laws has dropped its support of that idea and has said it will cooperate with the incoming administration.
*~*~*~*
Pelicans, plovers, and a host of other coastal nesting birds in North Carolina have had a very successful breeding season this year. Much of that is due to the pandemic that kept humans away from their nesting areas.
*~*~*~*
Juan Fernández Archipelago National Park in Chile is home to a wealth of species found nowhere else on Earth, where the proportion of endemic plants surpasses even the more celebrated Galápagos Islands. But the continued survival of these endemic species depends upon invasive species being eradicated.
*~*~*~*
Mauritius is engaged in what seems to be an entirely wrong-headed culling of an endangered fruit bat that exists nowhere else on Earth. The action is being taken at the behest of farmers and the public seeking to protect the fruit industry, but the culprits that despoil the fruit are more likely birds than bats.
*~*~*~*
Concerns about climate change are having a deleterious effect on the world's birthrate. People worried about the climate crisis are deciding not to have children because of fears that their offspring would have to struggle through a climate apocalypse, according to the first academic study of the issue.
*~*~*~* 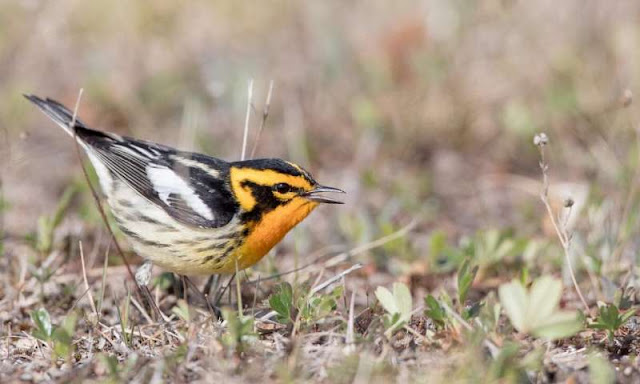 A new study estimates that up to 1.5 billion birds like this Blackburnian Warbler have been saved during the last 40 years in the United States thanks to the enactment of the Clean Air Act which helped to clean out the pollution of the air.

Do animals actually use those wildlife corridors that are constructed to help them avoid highways? Well, yes they do. Trail camera footage from Utah proves it.

The Army Corps of Engineers has denied a permit for Pebble Mine in Alaska, which would have been one of the world's largest gold and copper mines right in the middle of the pristine tundra. Regulators found it to be "contrary to the public interest."

The term "lame duck" is used to refer to an outgoing administration. An ornithologist explains how the term relates to actual ducks.

A recent study has found that just 14% of the local plant genera support more than 90% of Lepidoptera diversity and thus serve as keystone plants throughout the United States.

The current administration is rushing to try to transfer ownership to a mining company with ties to the destruction of an Aboriginal site in Australia of land in Arizona that is considered holy by local Native American tribes.

Herring Gulls have a wide variety of plumage colorations which can make identifying them a challenge.

A new study confirms that even small ships can cause serious injuries in collisions with North Atlantic right whales.

If you watch many major league baseball games, you may have seen how gulls will frequently gather and start to swoop into the stadiums in coastal cities as the game nears the ninth inning. Clever birds are waiting to clean up the scraps of food. A study at the University of Bristol of Lesser Black-backed Gulls has confirmed that the gulls adapt their foraging behavior to human time schedules when beneficial and that this trait helps them survive in cities.