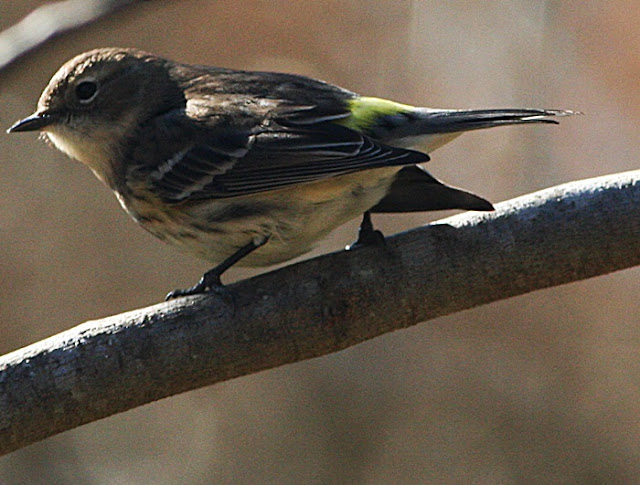 The Yellow-rumped Warblers and Ruby-crowned Kinglets have arrived. When I stepped out onto my back porch and patio on Monday morning I found that the redbud tree next to the patio was full of a mixed flock of the little birds. There were at least twenty of them and I've continued to see and hear them throughout the week.
*~*~*~*
President-elect Biden has plans to make the fight against climate change a government-wide effort that engages every department of the executive branch. So it won't be all down to the Environmental Protection Agency but will involve everyone from the Department of Agriculture to the Department of State.
*~*~*~*
Here is The Audubon's take on what a Biden presidency could mean for birds and other wildlife.
*~*~*~*
Meanwhile, the damage by the current administration continues. This week it removed the scientist responsible for the National Climate Assessment, the federal government’s premier contribution to climate knowledge and the foundation for regulations to combat global warming, and he is expected to be replaced by a climate change denier. Thus, the administration has signaled that it intends to continue impeding climate science and policy in its remaining time in office.
*~*~*~*
A bird needs a healthy growth of feathers to be able to successfully migrate and so it would be extremely inconvenient if the yearly molt occurred at the time the bird needs to be on its way. A new study shows the relationship between the timing of the molt and migration.
*~*~*~*
As insect populations continue to decline, the overlap between birds, bats, and dragonflies in consuming those populations becomes more problematic.
*~*~*~*
Minks are the only animal known to both be able to catch coronavirus and to transmit it to humans. Consequently, millions of the animals on mink farms have been culled for fear of spreading the virus.
*~*~*~*
Thanks to the efforts of the Yurok Tribe, California Condors will soon be returning to the Pacific Northwest.
*~*~*~*
Tropical Storm Theta this week became the Atlantic basin's record-breaking 29th named storm of the year. Twelve of those named storms, including six hurricanes, have come ashore in the U.S. and that is also a record. These hurricanes are staying stronger for longer periods after landfall, increasing the potential for damage to inland areas.
*~*~*~*
An iceberg that broke apart from Antarctica in 2017 and has been drifting ever since could pose a threat to the continent's wildlife.
*~*~*~*
Even in relatively pristine forests declines in bird populations are being observed. The causes of the declines are not necessarily obvious.
*~*~*~*
Based on decades of tracking records, it can be clearly seen that climate change is affecting the migratory habits of Arctic wildlife as diverse as Golden Eagles and caribou.
*~*~*~*
The wildfires that afflict the West each year are emerging as a threat to water quality all across the area.
*~*~*~*
An experiment allowed primates to choose the kinds of noises they would hear. Somewhat surprisingly, monkeys chose to listen to traffic sounds. It is speculated that the rumbling vehicles mimic elements of their own communications.
*~*~*~*
Light pollution has been shown to induce birds to nest earlier, in some cases too early for the insect populations that they need to feed their young ones.
*~*~*~*
Here's how poo analysis might contribute to the effort to save endangered species.
*~*~*~*
Katherine the great white shark who has a Twitter following has resurfaced along the East Coast and tweeted to her followers after a silence of eighteen months.
*~*~*~* 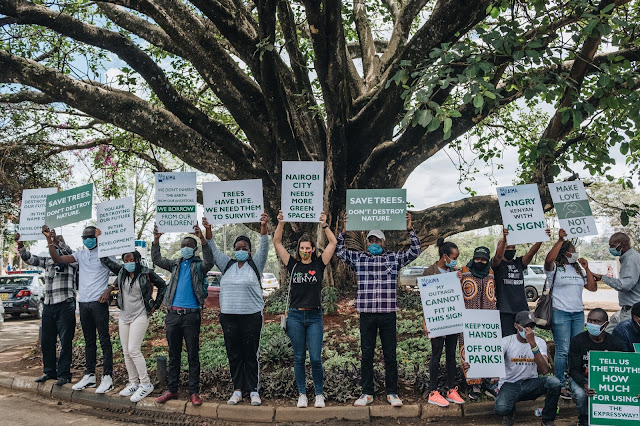 This 100-year-old fig tree in Kenya has been saved thanks to public outrage and protests. The tree was slated to be removed to make way for a new expressway, but environmentalists rebelled against that decision and the government has now agreed to protect the tree and redirect the road. The moral of the story: Never give up and never doubt the power of your voice. Where there is life there is hope.