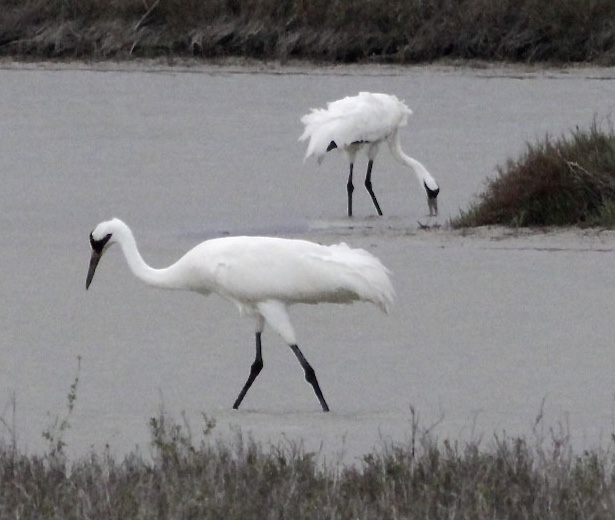 A pair of Whooping Cranes searching for crabs in the waters of the Gulf.

Though it hasn't been as cold here as in more northerly parts of the country, it has been pretty cold relatively speaking. We can handle 102 degrees Fahrenheit quite well but temperatures in the 20s not so much. The same is true for wintering bats in the area, many of whom had to be rescued and nursed back to health.

The top conservation issues for 2023 include rising sea levels and the need for the protection of wetlands.

The Revelator rates its best articles of 2022.

Fossils of a 30-foot-long prehistoric lizard have been found near the North Sulphur River in North Texas.

What will the human epoch of geologic time be called?

The iconic California mountain lion known as P-22 is no more. He was euthanized after apparently having been hit by a car. His fame made him an ambassador for city wildlife.

The government has declared that the Ivory-billed Woodpecker is extinct but some birders as well as professional ornithologists refuse to give up hope that it still survives somewhere in a southern swamp.

The Biden administration has finalized rules that protect hundreds of thousands of small streams, wetlands, and other waterways under the Clean Water Act. This act has made a significant difference in American life, including cleaning up New York Harbor.

In order to keep the archaeological park of Pompeii from being overrun by vegetation, its keepers have employed a low-tech solution: hungry sheep.

Could offshore wind power be the wave of the future in energy production?

It's turtle shells all the way down - the ubiquitous ingredient of the planet's fossil record.

And speaking of ubiquitous, ants may be the most ubiquitous creatures on Earth.

Jaguars once roamed freely across the southwestern mountains of this country and there are plans afoot to ensure that they do so once again.

Canadian researchers, taking inspiration from the construction of the feathers of Gentoo Penguins, have created a wire mesh to shed ice from surfaces.

One hazard of low temperatures in South Florida is stunned iguanas falling from trees.

Some scientists believe that Arctic warming is altering the jet stream and pushing frigid air down our way more frequently than in the past.

It seems somewhat contradictory but parts of the planet are warming more slowly than others.

Bird flu is still around and creating misery. Europe is having its worst-ever avian flu season and the virus is spreading.

There has been a dramatic decline in the number of polar bears in the western part of Hudson Bay on the southern tip of the Canadian Arctic.

Roughly 190 nations have approved a United Nations agreement to protect 30 percent of the planet's lands and oceans by 2030. Unfortunately, Republicans have blocked this country's participation in the agreement. 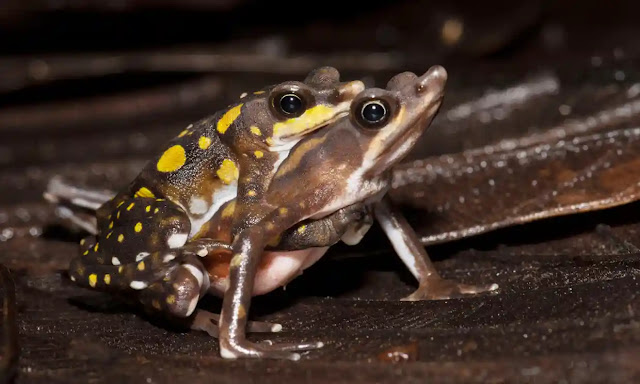 This is the longnose harlequin frog, native to Ecuador's Intag Valley and, contrary to reports of its extinction, it is very much alive!

Stone tools found in Idaho have been dated to about 16,000 years ago, meaning that migrants must have arrived on this continent earlier than had previously been thought. 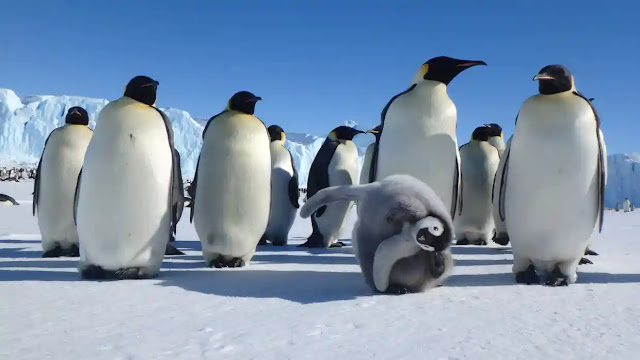 These are Emperor Penguins. They, along with two-thirds of other native Antarctic species, are at risk of extinction as a result of global warming.
*~*~*~*
There is a move afoot to plant chestnut trees across the country's mid-Atlantic region. The trees would be a benefit to the environment but would also be a boon to farmers and could help provide food security for communities.
*~*~*~*
The unique dragon's blood tree is seriously endangered but the islanders where it grows are working hard to ensure that it doesn't go extinct.
*~*~*~*
The Revelator lists its favorite environmental books of 2022.
*~*~*~*
New designs have been discerned among the famous geoglyphs on Peru's Nazca plain.
*~*~*~*
It turns out that not all black bears are black. Some are cinnamon-colored.
*~*~*~*
Can the endangered white rhino be saved from extinction? There is hope.
*~*~*~*
The Keystone pipeline continues to be an environmental disaster, having suffered its third major spill in five years.
*~*~*~*
An Alaskan Native group is declaring 44,000 acres of its land near Bristol Bay to be off-limits to future development.
*~*~*~*
Rewilding is now a thing and it provides hope for the future.
*~*~*~*
Nature rules at a famous Parisian cemetery where many celebrities are buried.
*~*~*~*
How well did you keep up with news of Nature in 2022? Take The Guardian's quiz and find out!