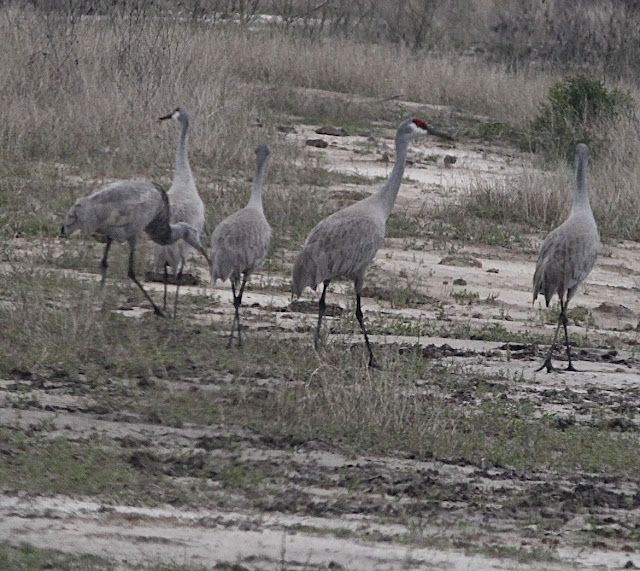 It's just about time for the return of the Sandhill Cranes. This picture was actually taken a few years ago. I haven't seen any of them yet this fall, although there probably are some around; I just haven't encountered them.

The U.N. Climate Change Conference was in session this week and a proposal was submitted that would tap private funds to provide assistance to developing countries for clean energy development.

This story documents some of the changes taking place on planet Earth because of climate change.

The world's four biggest emitters of greenhouse gases are primarily responsible for the planet falling short of its climate goals.

The intergovernmental body charged with protecting and conserving marine life in the Antarctic Ocean has ended its annual meeting with little progress made.

The "gloomy octopus" is the actual common name of a species and it lives up to that name by throwing things at other members of its species.

And then there is the argonaut octopus that produces a floating shell-like structure for the protection of its offspring.

How do seabirds survive typhoons? It turns out that many of them fly straight into the winds rather than risk being blown inland.

Some European countries at COP27 pledged money for a new loss and damage fund. The United States did not join them.

Deep-sea divers have discovered a new ecosystem 1640 feet beneath the surface of the Indian Ocean. It is an ecosystem that is filled with sharks.

Here are some amazing photographs of wildlife visiting a man-made waterhole in Kenya.

Meanwhile, Jordan, one of the driest countries on Earth, is running out of water.

Ten African countries have accused the EU of jeopardizing the survival of the hippopotamus by failing to support a proposed commercial trade ban. 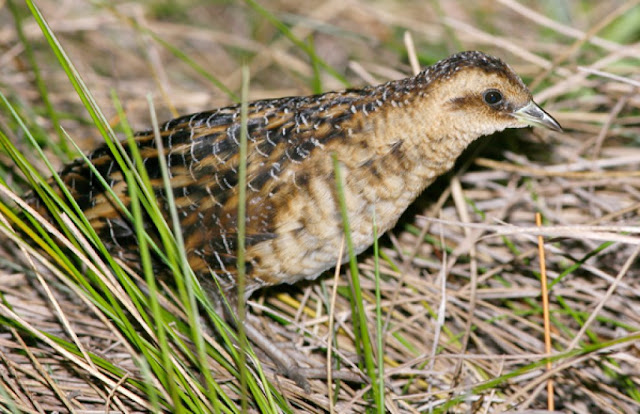 It is somewhat quail-like in appearance but it is, in fact, a rail. It is the Yellow Rail and its numbers are decreasing. It is the American Bird Conservancy's Bird of the Week.

How do you rescue a whale, often frightened, angry, pehaps injured, and resisting, that is entangled in a fishing net?

Here is Book Riot's list of eight of the very best books about birding.

Puerto Ricans know they will have to deal with hurricanes but they are determined to find ways not only to survive but to thrive with a new vision of agriculture.

The filming of the screen adaptation of The Lord of the Rings and all of its offshoots has had an environmental impact on New Zealand that is some cause for concern.

Naturalists fear that the proposed restart of crab harvesting in Delaware Bay poses a threat to shorebirds that frequent the bay.

Is the "wood-wide web" a thing? In other words, do trees actually talk to each other? Scientists disagree about it - it's what scientists do. But I am completely convinced that they do communicate.

Thanks to Mexican conservation efforts, that magnificent cat, the jaguar, is making a comeback in the Yucatan.

The springtail is an insect just about the size of a pinhead but it is capable of some truly amazing jumps.

The polar ice sheets are melting and that could cause catastrophic sea rise that could threaten coastal cities.

Brazil, Indonesia, and the Democratic Republic of the Congo are in talks to form a strategic alliance to protect their tropical rainforests.

A perfectly placed trail cam in Minnesota has given us views of animals using a beaver dam as a highway.

A report from a project called Climate Trace states that oil and gas greenhouse emissions are about three times higher than their producers have claimed.

A pristine marine preserve that serves as a sea turtle sanctuary in the Philippines is threatened by the effects of climate change.

Apparently, there are ordinary people out there buying emus "on a whim." Truly, the human race may be doomed by its own stupidity.

A nonprofit offered to lend Belize money to pay its creditors if the government would spend part of the savings produced to preserve its marine resources. And that's how Belize cut its debt by fighting global warming.

The 1200 indigenous Guna people of Gardi Sugdub Island in Panama will have to move to the mainland next year because their island is sinking into the sea.

Ponds don't necessarily get the love and respect they deserve but scientists tell us they have a key role in fighting climate change and aiding conservation. I know my life would be poorer without the little pond in my backyard.

A 3700-year-old ivory comb that was used to remove beard lice (according to the inscription on it) has been unearthed by archaeologists in Israel.

Finally, here's a video of two rescued baby beavers diligently building "dams" to keep their rivals out of their space.