Shrines of Gaiety by Kate Atkinson: A review 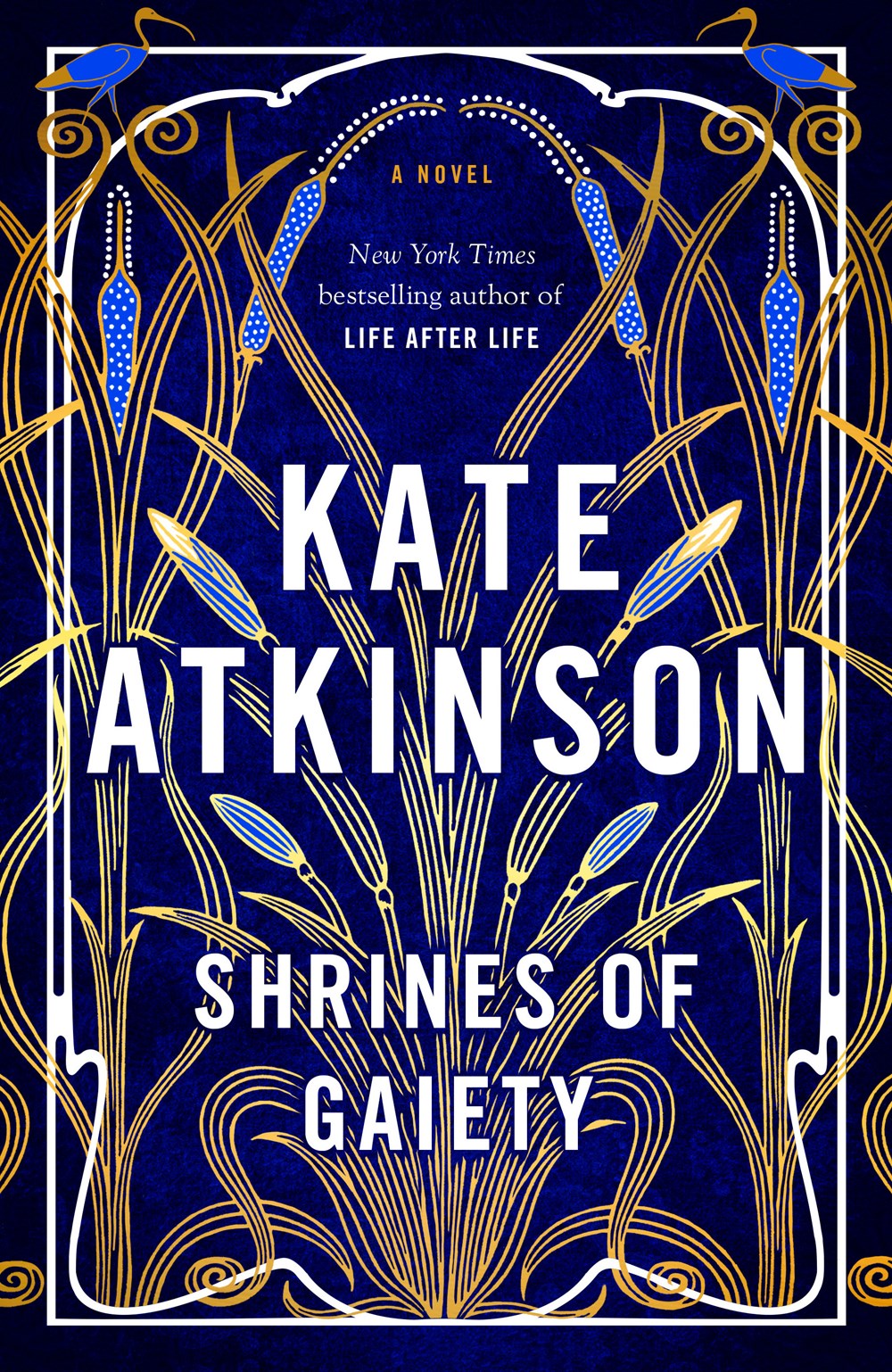 In her latest book, Kate Atkinson gives us 1920s London. It was a fraught time and place with a multilayered society full of drugs, the sex trade, mob wars, and the posh clubs that were the center of it all. Overseeing all that was Nellie Coker, Ma Coker.
Nellie was the shrewd owner of a string of nightclubs. When we first meet her, she has just been released from a stay in prison. Even so, though she exists in a dangerous world and has enemies all around, she is the queen of all she surveys.
Nellie was indeed Ma to six duplicitous children who, in addition to all of her business interests, kept her on her toes. We see many of the events through the eyes of the eldest child, Niven.  He is a rather enigmatic character, home from his recent service in World War I. His character was essentially forged by his experiences in that war, especially his time in the Somme.
In addition to Nellie and Niven, there are a multitude of other characters, almost too many to keep track of, but Atkinson is a pro and she gives each of them a unique voice which helps the reader to make connections and keep them all straight.
Although it is eight years after the end of the Great War, England is still recovering and the frenetic nightlife of Nellie's clubs helps the patrons to forget, at least for a little while. There are hostile forces all around, many of whom would take Nellie's empire from her if they could, so in order to protect the empire and continue to provide for her children, with no husband there to help her, she must be on constant alert.
There is so much here, it is really difficult to summarize it all in a brief review. Atkinson has obviously done much research on this period and she paints a vivid and memorable picture of post-war London. It is a compelling storyline that completely absorbed me from beginning to end. In fact, my initial rating on the book was four stars, but on reflection, I really can't think of any good reason to take away a star. Five stars it is!
2022 5-star reads 2022 books Kate Atkinson