The Mountains Sing by Nguyễn Phan Quế Mai: A review 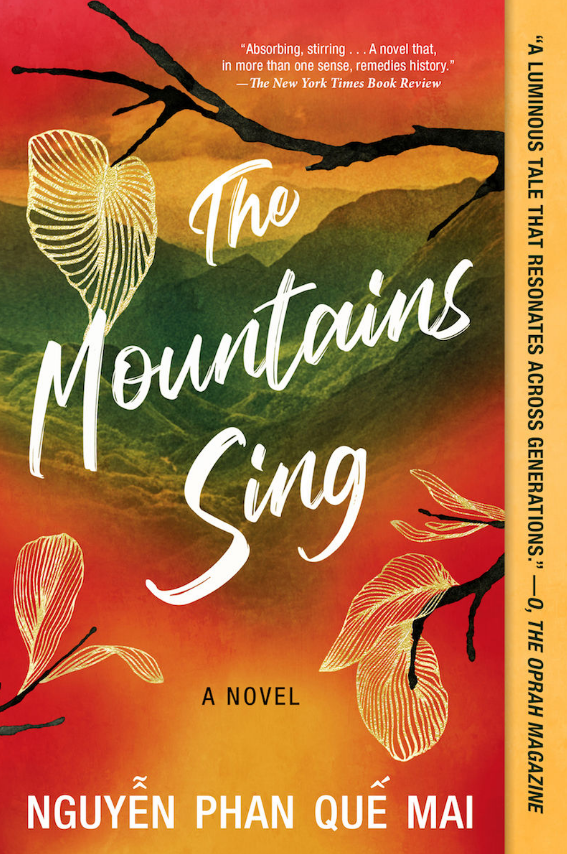 This is an account of Việt Nam’s twentieth-century history as experienced by one family, the Trần family, and as set, of course, against the background of war.

Trần Diệu Lan was born in 1920 and she was forced to flee her family farm with her six children when the Communists came to power in the north and instituted their program of so-called "land reform." At mid-century in Hà Nội, her children head off down the Hồ Chí Minh Trail to fight first the French and then the Americans for control of their country. It was a conflict that tore her country and her family apart.

This is the first account I have read of that conflict from the point of view of the Vietnamese. It was really the defining conflict for my generation and it behooves us even now to try to understand what happened and how our country was drawn into it.

The multigenerational tale is told mostly from the point of view of women - grandmothers, mothers, and their children. The writer says that some of it is based on stories from her own family but that interviews with others who experienced these events as well as much reading of Vietnamese history also went into the writing of the book.

It is a brutal history with hardship, hunger, and death as constant companions in the lives of ordinary Vietnamese. Reading it gave me some understanding of the toughness of these people and their overwhelming sense of pride in their history and their customs and beliefs.

The Mountains Sing depicts an intimate family story spanning generations from the 1920s to the 1070s. I felt very connected to the narratives of the grandmother and granddaughter as they experienced the Great Hunger, Land Reform, and finally the War. Through them, we see the impact that all of these events had on ordinary people. At one point, the granddaughter says, “As the war continued, it was Grandma’s stories that kept me going and my hopes alive.”

The grandmother explained why she told the stories: “Do you understand why I’ve decided to tell you about our family? If our stories survive, we will not die, even when our bodies are no longer here on earth.”
I think it is the most any of us can hope for - that our stories survive so that we do not die. Nguyễn Phan Quế Mai has written a story that will, I think, survive.
2022 4-star reads 2022 books Nguyễn Phan Quế Mai