Cactus Wren photographed at the Chihuahuan Desert Nature Center near Fort Davis in West Texas.
*~*~*~*
How about we start the new year with some good environmental news? There actually was some in 2021. Here are five positive developments in the year just ended.
*~*~*~*
The Revelator gets into the act by listing twelve stories from 2021 that presented solutions to various environmental problems.
*~*~*~*
Another good news story and a personal favorite of mine is the creation of wildlife highways to keep animals safe from traffic. These animal crossings are being implemented right around the world and that is a very good thing.
*~*~*~*
Unfortunately, it's not all good news this week. Colorado is burning. High winds are driving wildfires, creating massive destruction, and tens of thousands of people have had to be evacuated.

Along the Texas-Mexico border, land that was seized by eminent domain during the previous administration has been returned to the Cavazos family. Their land had been seized in 2018 for the construction of the president's pet project, the border wall. The Biden administration returned the land.

Orangutan mothers teach their kids to forage for food, adjusting the food-gathering tactics to the age of the child and the complexity of the technique needed. Once the orang child is trained, the mother cuts him/her off, expecting the little one to feed himself. 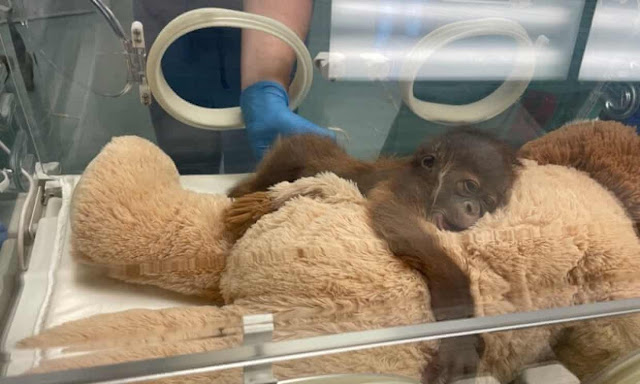 And speaking of orang kids, the New Orleans zoo is celebrating the birth of a healthy Sumatran orangutan male infant, shown here in the incubator with a stuffed toy bear.

Here are some fascinating animals including a sea slug that is able to detach its head from its body and generate a new one when the old body becomes parasite-ridden.

Birdwatching has long been considered something of a Whites-only hobby but efforts are being made to correct that and to extend the hobby to more people of color.

The tequila fish is a "charismatic little fish" that was declared extinct in the wild in its native Mexico in 2003, but now, with the help of the Chester Zoo in the UK, the fish is being reintroduced to the wild there. The zoo has been breeding the fish in captivity.

Arctic climate change is reshaping the upper reaches of the Pacific and Arctic Oceans and breaking the food chain that supports billions of creatures and one of the world's most important fisheries. In the last five years, scientists have recorded the displacement and disappearance of entire species of fish and ocean-dwelling invertebrates.

And in Alaska, December brought record high temperatures and torrents of rain at a time of the year normally associated with cold and snow.

In 2020 for the first time, renewables-generated energy surpassed coal as this country's second-biggest power source. That trend is expected to continue in 2022. 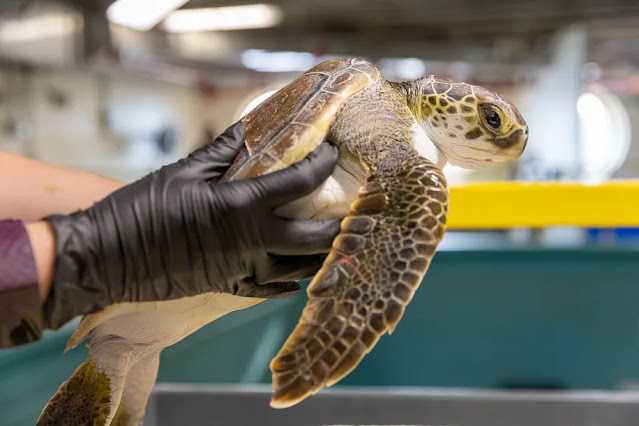 In Maryland, more than two dozen rescued sea turtles that suffered cold-stunning in the New England area are undergoing long-term rehabilitation at the National Aquarium in Baltimore.

An exceptionally well-preserved oviraptor dinosaur embryo from between 72 to 66 million years ago is revealing dinosaur links to modern birds.

Researchers have discovered that a protein unique to sharks is able to neutralize the COVID 19 virus and its variants. They are studying the possibility that these proteins might be able to stop future coronaviruses from developing into pandemics.

Here are some top commentaries on conservation, climate change, and environmental issues that were published in 2021.

A series of major winter storms have offered some reprieve to drought-ridden California but it's not enough to pull the state out of drought conditions.

"Songs of Disappearance," an album of the songs of 53 of Australia's most endangered bird species has proved extremely popular with Australians. In fact, it is at or near the top of the record charts.

As expected, competition for water is driving conflict between nations. In Africa, severe drought and hunger are exacerbating conflict along Kenya's border with Uganda and South Sudan.

In another hopeful development, some companies are modifying their products to stem the flood of microplastic fibers into the oceans.

For many months now, I've been following occasional news stories about the wanderings of a Steller's Sea Eagle. The bird is a native of Asia but has been flying around North America - and I mean literally all around the continent - for over a year now. Some speculate the bird is lost, but personally, I think he just wanted to see a bit of the world.

Finally, here are Audubon's top pictures of the year, its award winners.

I want to wish a happy, healthy, and peaceful 2022 to all my readers. Thank you for spending some time with me in 2021 and I hope you'll do it again in this new year.