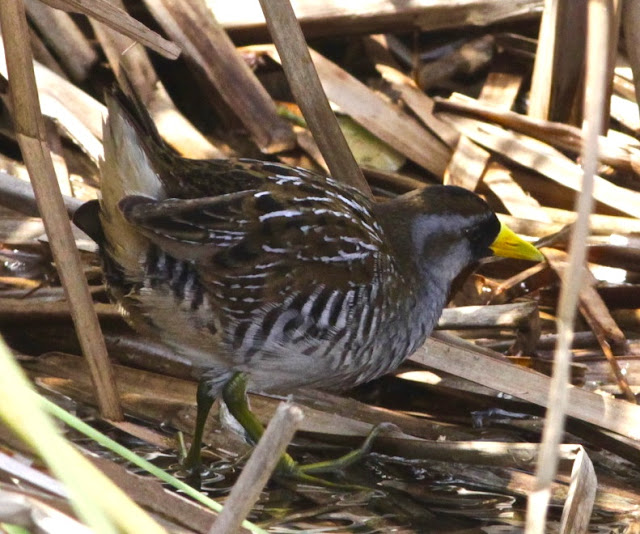 A Sora searches for his dinner among the reeds.

The current administration has refused to tighten rules regarding soot, even though scientific research shows that particulate pollution contributes to thousands of premature deaths annually and has been linked as a contributing factor in covid deaths.

Here are some ideas about how a Biden administration could do more than simply restoring the environmental rollbacks of the current administration.

The Environmental Protection Agency has been utterly decimated over the last four years. Restoring it to its former strength will require steadfast effort and staffing up an agency that has been allowed to languish. 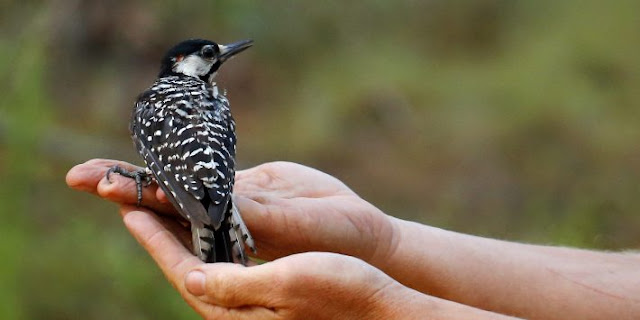 A Red-cockaded Woodpecker sits on a biologist's hand as it is being released back to the wild.

The U.S. Fish and Wildlife Service wants to upgrade the status of the Red-Cockaded Woodpecker from "endangered" to "threatened," but even though the little woodpecker has made notable strides toward recovery, many conservationists are of the opinion that it still requires the full protection of the Endangered Species Act.

The Pantanal region of Brazil continues to be devastated by wildfires and there seems to be little effort by the government to contain them.

The Audubon Society has a list of five threatened wild spaces that could be saved by the Biden Administration to the benefit of the overall environment.

The deadly California wildfires this year have devastated some of the state's most beloved trees. Countless ancient redwoods, hundreds of giant sequoias, and more than one million Joshua trees perished in them.

Federal and state authorities are pushing plans to increase government-subsidized logging in national forests, claiming such logging would protect spotted owls from wildfire. Many ecologists disagree.

2020 will be remembered as the pandemic year, of course, but it was also a year in which Nature struck with record-breaking and deadly weather- and climate-related disasters. To name just one instance, there were thirty named storms during the Atlantic hurricane season.

If you were guessing what is the largest migration of mammals in the world, what would it be? I bet it would not be Africa's second-largest fruit bat, but there you are!

Sadly, another casualty of this year's California wildfires were the eleven precious endangered California Condor chicks that were killed and others that were injured.

Scientists have discovered that many birds have a sensory power in their beaks that can be traced all the way back to dinosaurs.

I'm guessing it won't be a surprise to you to learn that another month, November, was the hottest ever, breaking records set in 2016 and 2019.

A federal court has blocked an offshore drilling plan for Alaska, saying that the review of the plan had been inadequate, among other reasons because the U.S. Fish and Wildlife Service had not assessed the non-lethal impact that drilling would have on polar bears.

Conservationists in Brazil have noticed a worrying increase in the trafficking of two endemic species that are emblematic of the country's biodiversity: the Hyacinth Macaw and the golden lion tamarin.

A new index of the world's forests has found that only about 40% of them are intact with high ecological integrity. They are found mostly in Canada, Russia, the Amazon, Central Africa, and New Guinea.

You may remember reports of a mass mortality event of birds in New Mexico back in September. Lab reports of the condition of the birds have now been released. There was no single definitive cause of the deaths identified but nearly all of the birds were severely emaciated which may have left them unable to cope with an unexpectedly harsh weather event.

Although honeybees and their problems get most of the attention, the decline among native bees has been devastating and scientists are adapting the methods used to monitor and conserve bird species to the effort to save the bees.