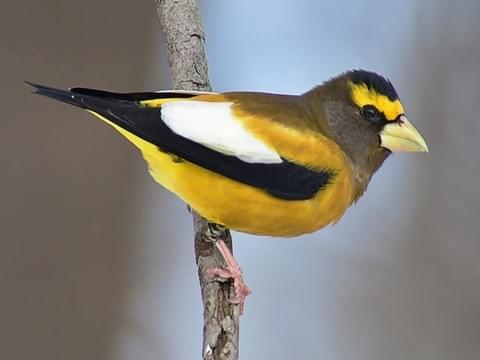 Photo courtesy of All About Birds.

For the rest of my life, I will remember the winter of 1977-78. We lived in East Texas at the time and it was a magical time, first because I was pregnant and second because there was a massive irruption of Evening Grosbeaks that came south that winter. Our yard was covered all day long with hundreds of the birds and we struggled to keep feeders full for them. Such wonderful birds! I've never seen the like again but the memory was enough to last a lifetime.

Here's a list of some of the people being considered for energy and environmental posts in the Biden administration. The list is distinguished by its extensive experience in the fields for which the individuals are being considered.

Meanwhile, the current administration is still attempting to rush through plans for selling leases on the Arctic National Wildlife Refuge in Alaska.

Selling those leases may prove difficult however because every major bank in the country has ruled out funding drilling in ANWR.

An ecologist professor from the University of Virginia makes the argument that making cities more bird-friendly also makes them better places for human habitation.

President-elect Biden has pledged to stop construction on the border wall. Customs and Border Patrol officials along with the U.S. Army Corps of Engineers are meeting to make plans for that eventuality.

Winters in the nation's capital are becoming much warmer and shorter. There is less snow and fewer days when the temperatures dip below freezing.

You might not think of Alabama as being anything like the Amazon region but in fact, the Mobile River basin has the most aquatic biodiversity of any place in the country. And we are in danger of losing it before we really know what's there.

A study led by the University of Montpellier found that many birds have the ability to adjust their egg-laying time to cope with variable conditions and take advantage of the optimum date for laying. However, this ability may not be able to adjust fast enough to keep up with climate change.

The U.S. has plans to protect over 6,000 square miles of coral reefs in the Pacific and the Caribbean, many of which are in danger of disappearing because of the effects of climate change.

The Audubon Society is suggesting that a native plant garden be planted at the White House. At present, far too many of the plants used in its gardens are non-native and even invasive.

Imagery obtained by using drones is showing how the Arctic region is getting greener and greener as a result of climate change. 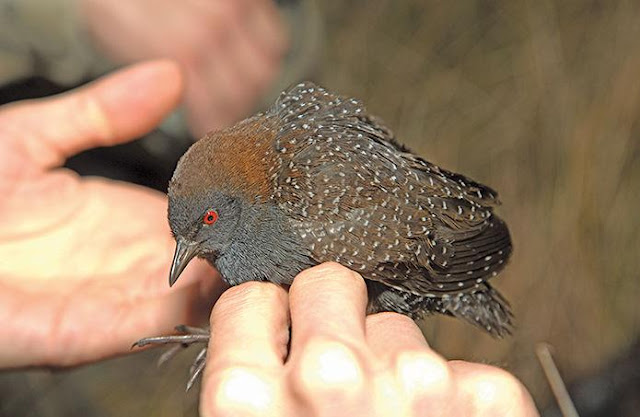 The USFWS has finally designated the Black Rail as a threatened species which will allow it to be extended more protection. Unfortunately, the species has already disappeared from much of its former range.

The Threatened Species Index of Australia shows that native plants have decreased by as much as 70% over the last two decades.

Flightless birds are more vulnerable to extinction, but they are actually more common than one might think.

The widely used herbicide glyphosate poses risks to many plants and animals and likely is harmful to nearly all endangered species.

The current administration is racing to lock in a series of regulatory changes before President-elect Biden takes over. This includes a change to the 1918 Migratory Bird Treaty Act that would allow more killing of migratory birds.

Climate change is already having a serious negative effect on the health of human beings. Doing anything about it is made even more difficult by the pandemic. 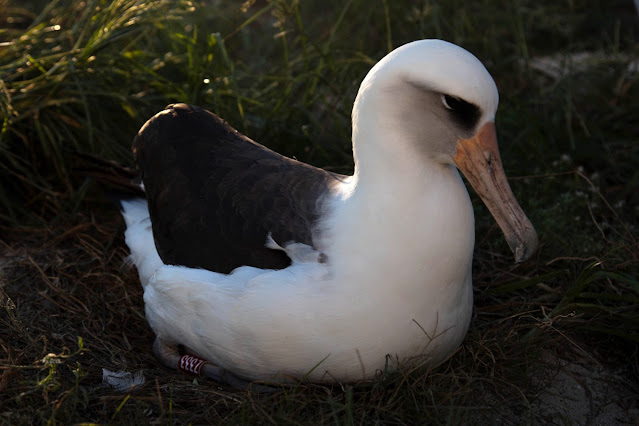 Lastly, here's the story that I love to report every year. Wisdom, the (at least) 69-year-old Laysan Albatross, has returned to Midway Atoll National Wildlife Refuge and Battle of Midway National Memorial. Biologists there have confirmed that she has laid an egg and is brooding it. She is the world's oldest known banded wild bird. You go, girl!