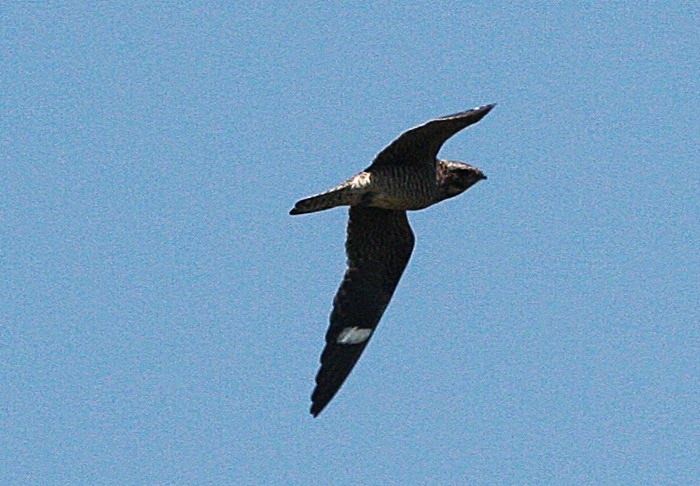 Plans are afoot to destroy one of Miami-Dade County's last intact tracts of endangered pine rockland, one of the world's rarest forests, in order to put up a Wal-Mart, because we all know that what the world really, really needs is fewer forests and more Wal-Marts.

An interesting new study suggests that fruit colors may have evolved in order to attract the attention of birds.

Jeff of "SE Texas Bird and Wildlife Watching" has some excellent pictures of summer at one of my favorite places, Anahuac National Wildlife Refuge.

Molt migrations and postbreeding dispersal of birds is already under way. Birds tend to move around a lot in July and it is possible to see some unusual species at this time of year. There's more on the subject of migration at American Scientist which explains some of the physiological changes undergone by migrating birds.

"The Prairie Ecologist" has some good information about a fascinating insect, the longhorned flower beetle.

A mysterious bird called the Spotted Green Pigeon (Coloenas maculata), known only from specimens, has been found to be a relative of the Dodo. Both birds are apparently descended from "island hopping" species in the Pacific.

Good news from the world of puffins: The endangered Atlantic Puffin in Scotland has had a particularly successful breeding season, after a few years of failures.

The western drought continues its devastating effects. Lake Mead has sunk to a record low and continues to recede.

The U.S. Fish and Wildlife Service is continuing its controversial policy of shooting invasive Barred Owls in territory in the Northwest where the endangered Northern Spotted Owl formerly was resident. The more aggressive Barred Owl tends to out-compete its spotted cousin and push it out of its territory. Now FWS personnel report that the project is having the desired effect. They are seeing the Spotted Owls moving back into some areas where the Barred Owls have been eradicated. One would certainly hope that all those dead owls would not be in vain.

"The Birders Report" has a portrait of juvenile Acorn Woodpeckers in northern California. The piece includes some really good pictures of this handsome bird.

The remarkable long-distance migration route of the Semipalmated Sandpiper is being mapped with the aid of modern science in the form of a GPS locator.

Hey, did you know that National Moth Week starts today? Well, it does, so spare a little love for some of our most important pollinators. Not only do moths do yeoman's work in the pollination arena, but many of them are very beautiful. They frequently go unappreciated because they are mostly active at night. Just to prove how attractive they can be, The New York Times has an essay on luna moths, among the most beautiful of the species.