One of the great pleasures of summer in my garden is watching the young birds as they learn the ropes of being a bird. This week I've been watching a couple of juvenile Red-bellied Woodpeckers as they learn how to use the feeders in my backyard. 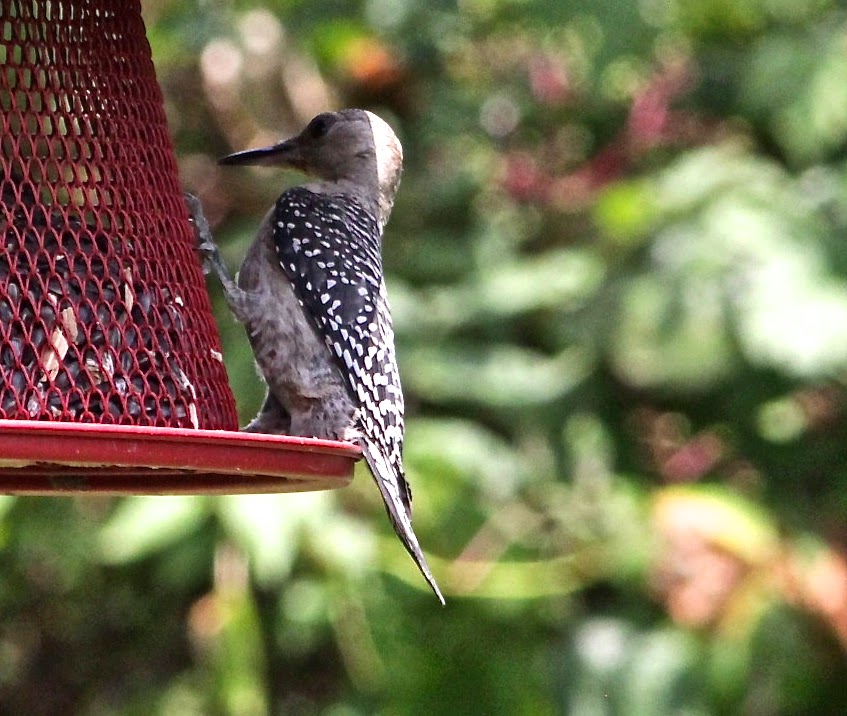 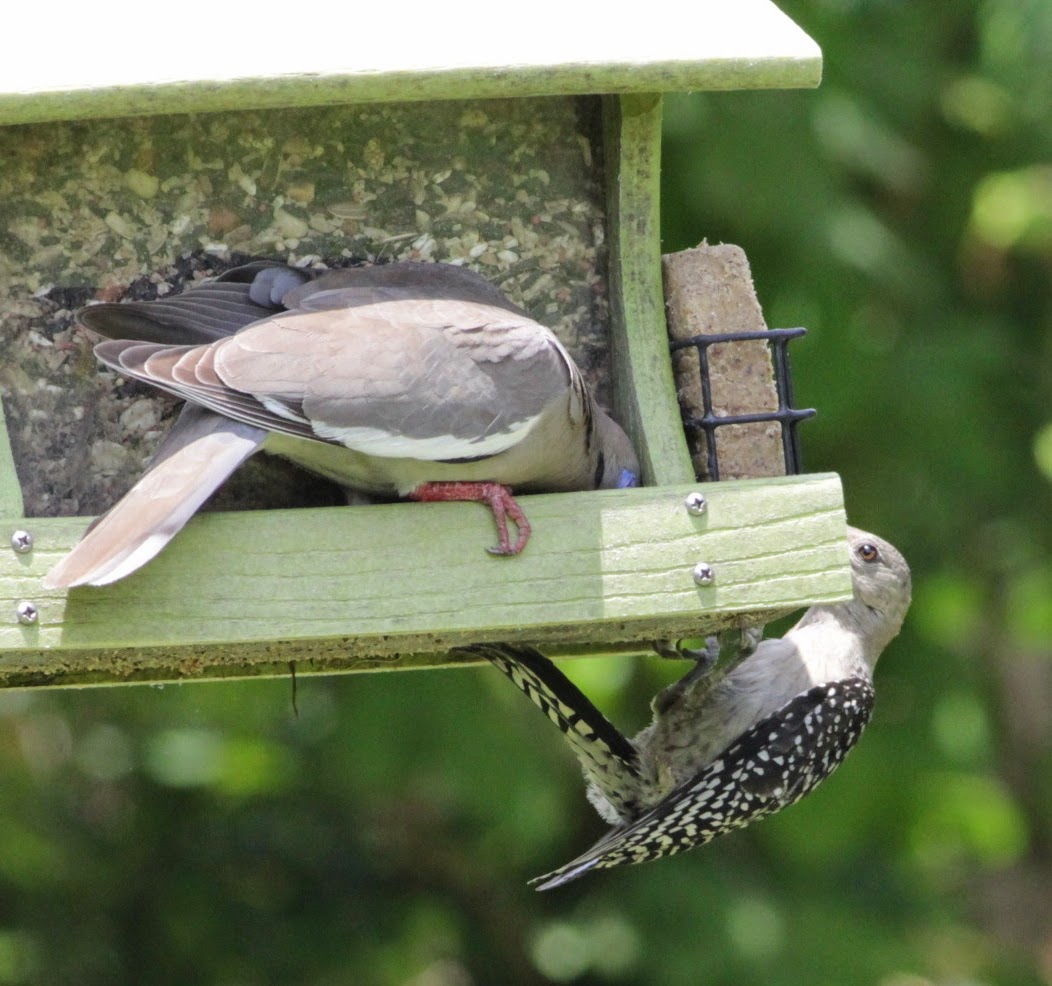 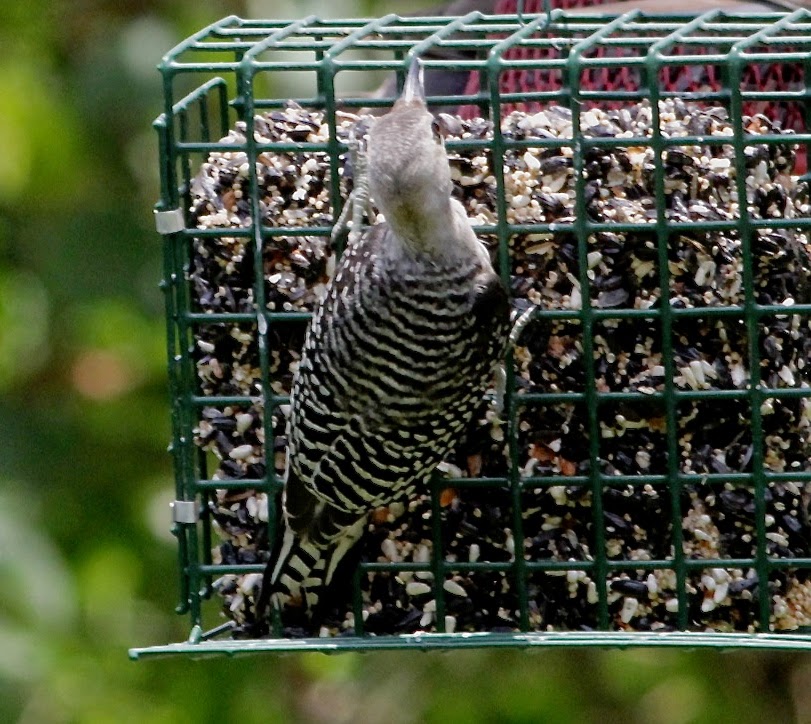 The young ones are easily distinguished both by their clumsiness and by their gray heads. As they mature, they will get the red markings on the head that will show them to be either male or female; full red for the males and red nape only for the females.

What is wrong with people? Two more precious endangered Whooping Cranes have been shot and killed, one in Wisconsin and one in Indiana. What is it about seeing something beautiful in the wild that makes some people want to blast away at it? I'll never understand it.

The drought in California continues to worsen. Almost 80% of the state is now considered to be in "extreme drought" conditions.

A new book just out, Birds and Climate Change, explores the impact that global warming is having and is expected to have on birds. Spoiler alert: The news is not good.

A small shrub or tree in Central and South American rain forests has found a unique way to get birds to assist in its pollination. When the bird comes near its flowers, the Axinaea blasts its pollen at them.

The Great Lakes have been receding from their shores for a number of years now, but thanks to the recent harsh winter in the area, with its heavy snowfall, waters of the lakes have now risen as much as a foot.

The Hoopoe, a bird of Europe, Asia, and Africa, lays eggs that are a milky blue but they soon turn brown in the nest. The change in color is due to a secretion from the bird's preen gland. The bacteria-laden secretion essentially paints the eggs brown.

A recently found specimen of Archaeopteryx, the bird-like reptile from the age of dinosaurs, reveals previously unknown features of its plumage and gives clues as to how feathers might have evolved.

The first ever record in New York City of a fisher, a weasel-like predator of squirrels and rats, was photographed recently walking down a Bronx sidewalk at dawn.

Great Spotted Cuckoos are one of the nest parasite birds, like our own cowbirds, that lay their eggs in the nests of other birds and leave them to be raised by the foster parents. Most of these birds wait until the birds they are victimizing are away from the nest to lay their eggs, but the Great Spotted will actually push the bird off the nest in order to lay.

Last week, a federal judge in Colorado blocked the expansion of a coal mine there because the owners had not taken into consideration in their proposal how that expansion would exacerbate global climate change. This could set a precedent for other court decisions.

The eastern garter snake is ubiquitous in many parts of the country, even in urban settings like New York City. They are helpful partners to the gardener where they chow down on various critters that might be harmful to the garden, and they are entirely harmless to humans and will slither away, given the chance, rather than risk an encounter. If you should meet this snake, commonly called a "garden snake," just salute it and leave it alone to go its way.