July 09, 2014
Leucophyllum frutescens, aka "Texas sage," "ceniza," "barometer bush," "purple sage," "Texas ranger" and probably several other common names, is a medium-sized evergreen shrub of variable growth habit that is native to Texas and Mexico. When Zane Grey wrote Riders of the Purple Sage, this was the plant he was referring to.

Texas sage is the name it is most often known by in my area. It is a tough, tough plant, extremely tolerant of our triple-digit summer weather with its long dry spells but also able to survive fairly cold temperatures for extended periods. The frequent unusually cold spells which we experienced last winter, with temperatures down to 20 degrees F. or below, did not faze my plant at all. 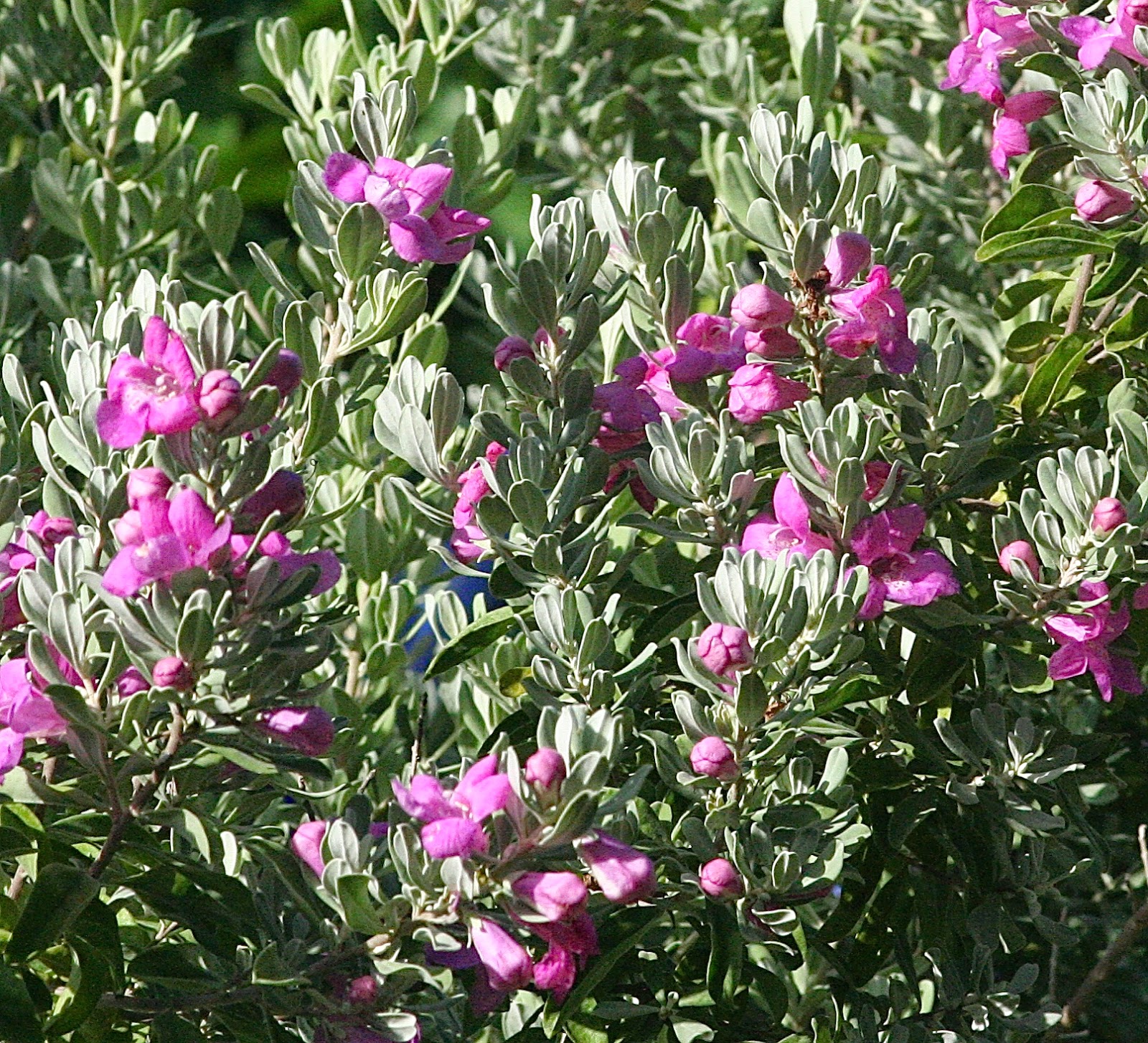 One of the most interesting things about this plant is its bloom habit. The shrub produces abundant tubular flowers in response to high soil moisture or humidity. In summers during which we suffer drought, we don't see much out of the Texas sage. But this summer, our weather pattern has been hot days and not much cooler nights with a leavening of late afternoon showers. Recently, few days have passed when we didn't receive at least a sprinkle of rain and on Monday of this week we got 1.25 inches in a bit less than an hour. The Texas sage loved it and the next day all of these rose-lavender blossoms popped open. 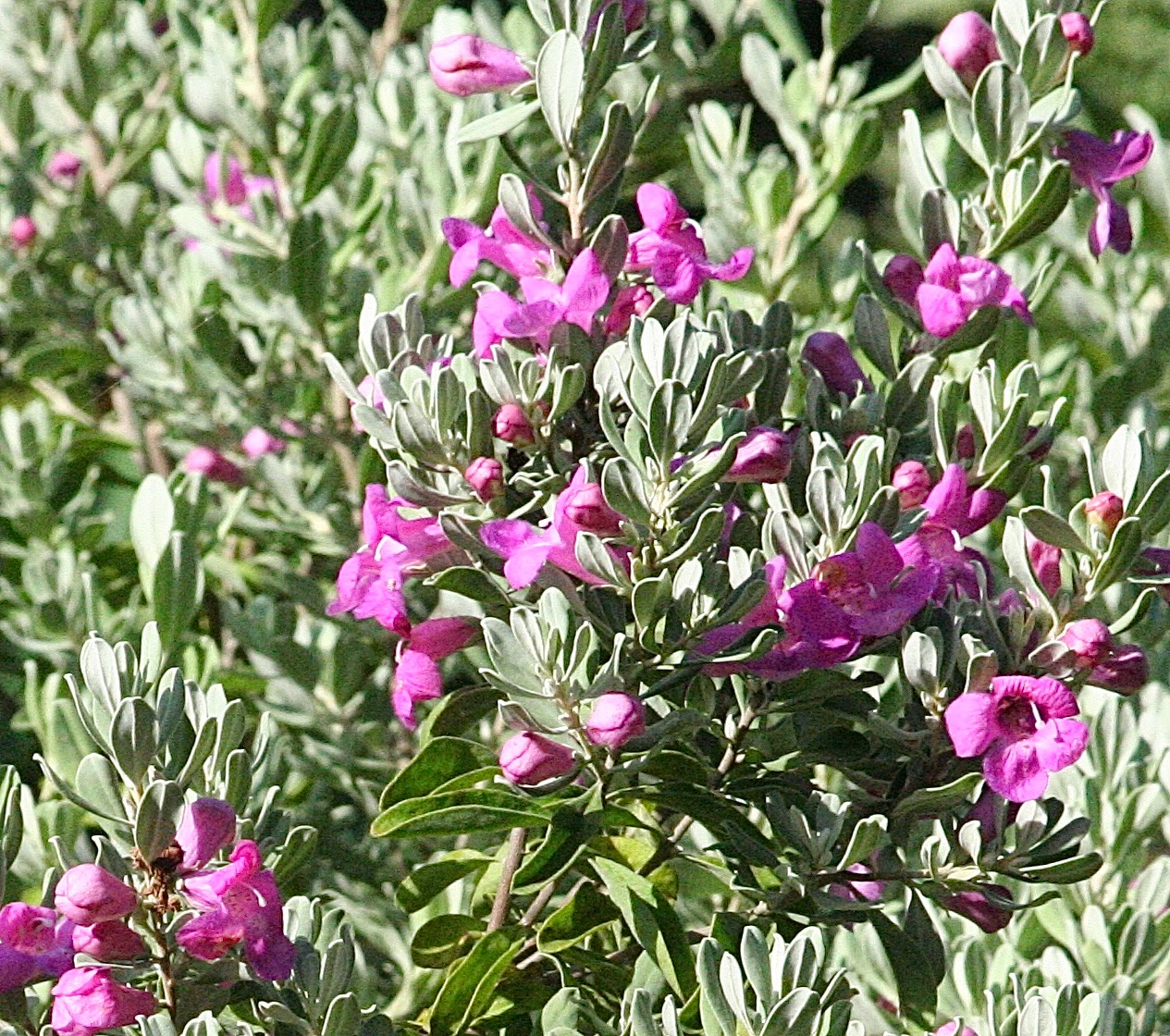 The plant will bloom more or less continuously throughout the summer as long as there is enough moisture. With plenty of water, the plant tends to sprawl and grow taller and somewhat scraggly in appearance. One has to prune it in order to keep a pleasing rounded, fuller shape. Other than that, Texas sage doesn't really require any care. It's not a heavy feeder so fertilizing is not really required if it is in reasonably good soil. I never fertilize mine. 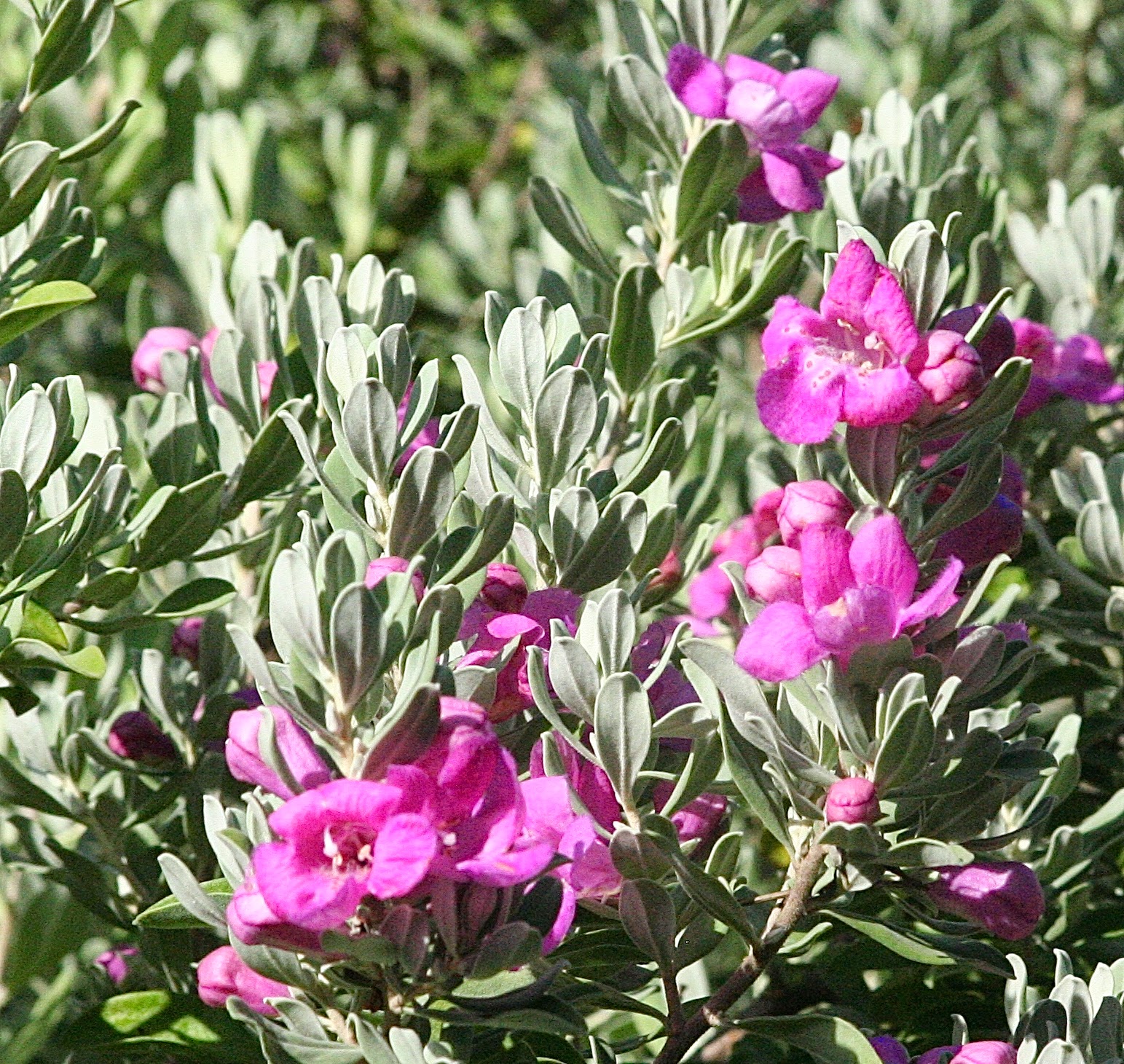 Moreover, the plant doesn't have any pests that I've encountered. According to horticulturists, it is even resistant to deer in areas where those herbivores are a problem. Probably the worst thing one could do to it is give it too much water, for it is essentially a desert plant.