The Captain of his Soul 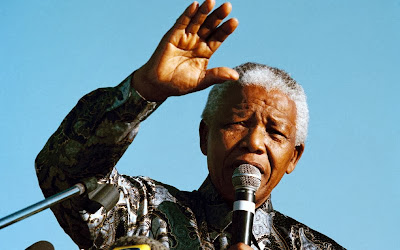 Photo by Darryl Hammond, Getty.
“When a man has done what he considers to be his duty to his people and his country, he can rest in peace.” (Nelson Mandela, 1994)

I have featured this poem on the blog before in connection with writing about Nelson Mandela, a man almost universally admired. It was a poem that was apparently very meaningful to him and which brought him comfort in his long years of imprisonment on Robben Island. It seems appropriate to feature it again today. 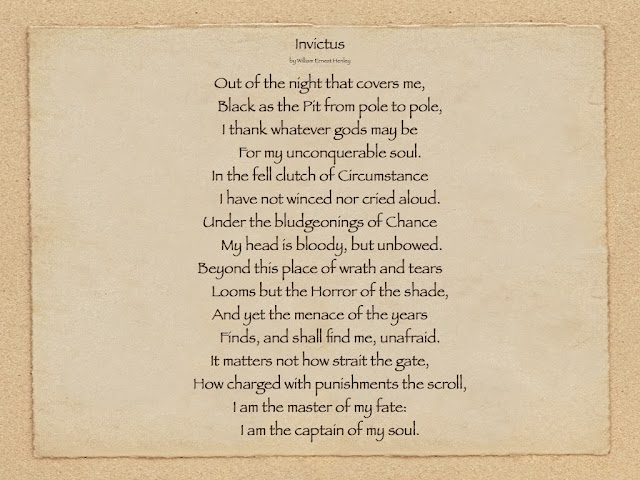 If any man could ever be called the Captain of his Soul, it was surely Nelson Mandela. We are privileged to have walked the Earth at the same time as this great man.
Nelson Mandela