The Coldest Case by Martin Walker: A review 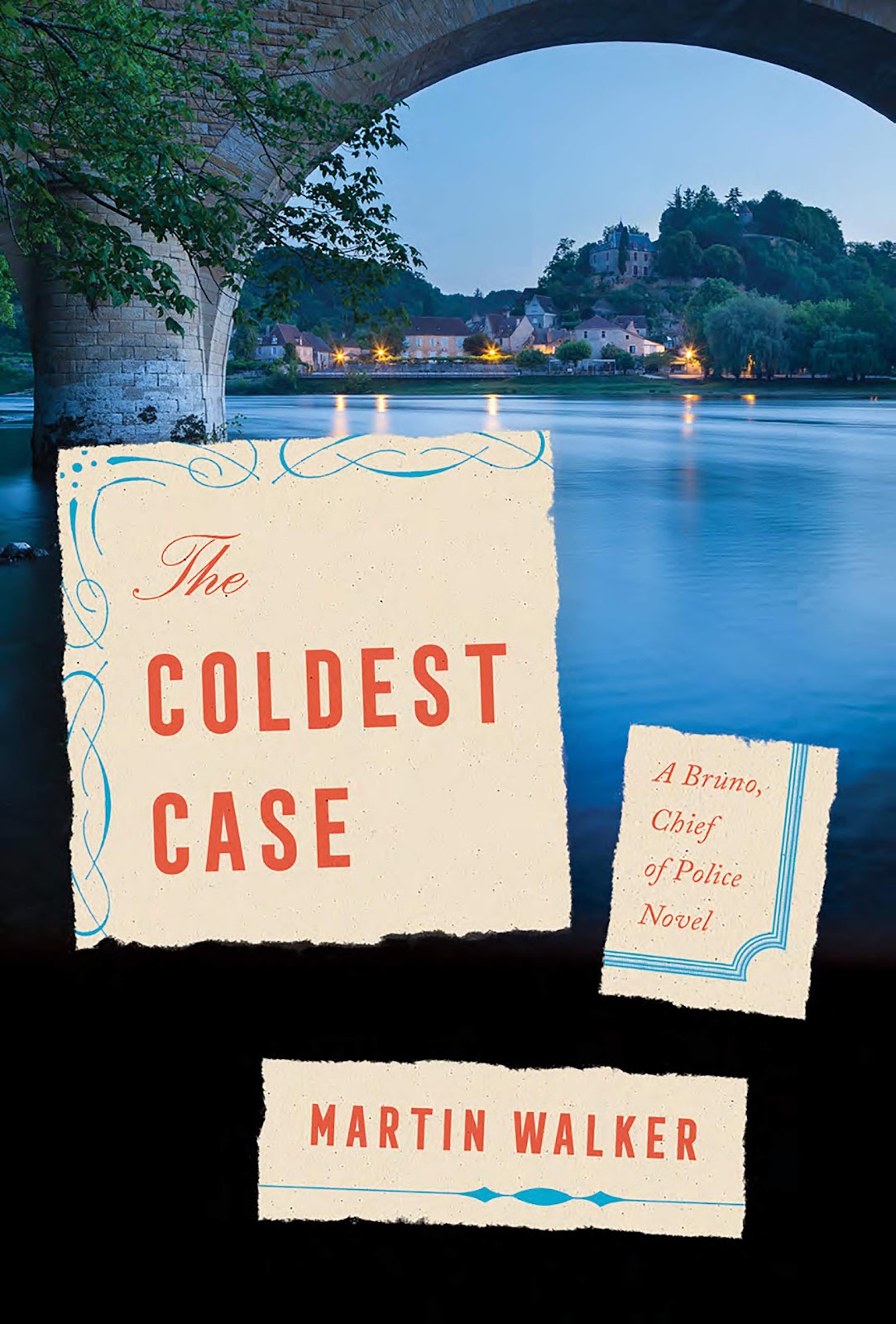 In this latest entry in the Bruno, Chief of Police, series, the Dordogne region is suffering through a terrible drought. That gave the story a particular currency for me since we also are suffering through an intense drought. Amazingly though, the drought does not seem to have affected Bruno's garden which is just as prolific as ever. Unfortunately, I do not find that to be the case in my garden.

When Bruno isn't policing, his favorite thing to do is to cook gourmet meals for all his friends, using the produce from his garden. He finds plenty of occasions to do that during his investigation of The Coldest Case.

The case in question has simmered along for thirty years and it is an obsession with Bruno's boss, JJ. It involves an unsolved murder of someone whose skull was found in the woods years ago. There has been no identity found for the skull and there seems little hope of ever finding out what happened. Then Bruno happens to attend an exhibit on the facial reconstruction of skulls and he wonders if that might be a way to finally identify the unknown murder victim and perhaps get the investigation off of square one. A skilled technician named Virginie is brought in to accomplish the task.

Virginie gets to work on getting the job done, but in the midst of her work, she becomes a victim herself when a very bad policeman attempts to rape her. That will not happen, of course, as long as Bruno is on the job.

Life ambles along in Saint-Denis. Bruno interacts with his friends. The big news of the moment is that his dog, Balzac, has sired a litter of puppies and everyone in town wants one. Bruno's investigation of the old murder leads him to a reclusive vintner named Henri Bazaine who may have a connection to the Stasi, the former East German police agency. But Henri Bazaine was declared dead thirty years before! What goes on here?

This is a very gentle series as murder mystery series go. Bruno spends most of his "policing" career doing things like helping children cross the street, visiting farmers and shopkeepers, coaching rugby and tennis, and just generally making himself useful to the townspeople. All of these activities do help to keep him well informed about what is happening in St. Denis and, after all, that is an important part of being a policeman anywhere and especially in rural Dordogne where everybody knows everybody and all activities seem to be interrelated. This one was another solid entry in the series.