I'm still trying to catch up after my recent brief vacation and so I take this opportunity to combine reviews of two books. A little background is in order.

I was looking around for a new mystery series to read since the authors of the ones that I usually follow are letting me down by not writing fast enough and I discovered Mary Anna Evans. She has a series featuring archaeologist Faye Longchamp. Now, archaeology is an interest of mine. (There was a time when I dreamed of being an archaeologist.) And I do love mysteries so archeological mysteries seemed made to order. I read the first two books in the series back to back. Here are my reviews of them.

Faye Longchamp may be down on her luck but she is determined to hang onto her ancestral home, Joyeuse, a decaying plantation well hidden on an island off the Florida coast. It isn't entirely clear how the house came into her family but Faye's great-great-grandmother, Cally, a newly freed slave barely out of her teens gained ownership of it in the aftermath of the Civil War. Since then, through wars, Reconstruction, depressions, and Jim Crow, the family has been able to keep the property. But now the property taxes on the place have risen above Faye's means and she faces the challenge of finding the money to pay them or be the member of her family who finally loses Joyeuse.

Faye is a drop-out from a university-level archaeological program and her answer to her money problem is to put her expertise to work by digging for artifacts on her property and, clandestinely, on the nearby National Wildlife Refuge. There is an active black market for such artifacts, buyers who couldn't care less how the objects were obtained, and that is where she sells what she finds.

While digging for her treasures, she uncovers a woman's shattered skull with an earring still tucked by its cheek. The skeleton is forty years old but what Faye doesn't realize is that the murderer is still close by and is willing to kill again to keep his secret hidden.

Faye has an ally in Joe Wolf Mantooth, a Native American man who lives on her property. He was a well-developed character and brought an extra level of interest to the plot. In fact, he was my favorite character in the story. 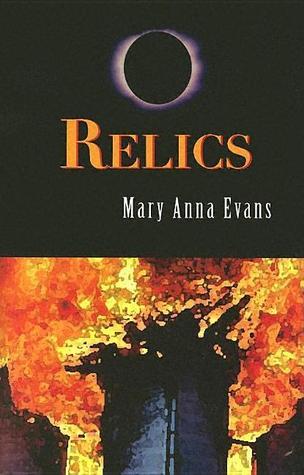 In the second entry in the Faye Longchamp archeological mystery series, Relics, Faye has secured a legitimate job, with the help of one of her champions, as an archeologist with a rural development project in Alabama. Her friend, Joe Wolf Mantooth, will be her assistant. So, Faye and Joe head out from the Gulf Coast of Florida to the hills of Alabama.

The object of their work will be to investigate and, hopefully, discover the mysterious origins of an ethnic group called the Sujosa. The Sujosa are known for their unique aquamarine-colored eyes and for their formidable resistance to disease. Once there, however, their work is interrupted by the murder of one of the project's team members. Once again, Faye finds herself thrust into the role of an investigator of murder as well as of archeological finds.

My sense of this book as well as the first one is that the writer has done her work of researching the archaeological world as well as the actual setting of her stories. Her descriptions are crisp and easily imagined. One can "see" the Alabama hills as well as the culture of the people who live there. It is a very insular culture comprised of a group of mixed-race people. Faye and Joe must be able to relate to these people in order to discover the information needed to complete their mission of learning the origins of the Sujosa.

In reading about this series, I saw a couple of places where Faye Longchamp was compared to Nevada Barr's character, ranger Anna Pigeon, one of my favorites in all the realm of mysteries. It's a high bar but, yes, I can see how Mary Anna Evans might have been inspired by Nevada Barr.

Speaking of which, isn't it about time we had another Anna Pigeon mystery?