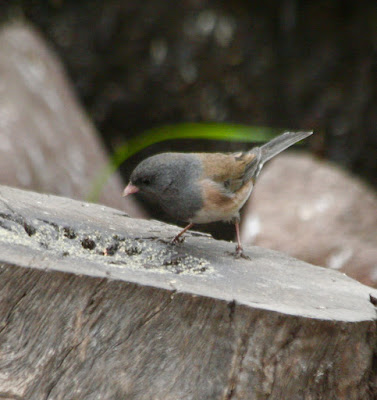 Dark-eyed Junco photographed at Davis Mountains State Park in West Texas.
*~*~*~*
Most of us are well aware of the effects of a drought that come from lack of rain, but there is also such a thing as snow drought and parts of the western United States are suffering from it. The impact of such a drought can be significant.
*~*~*~*
A federal judge in Montana has vacated a rule established by the previous administration that limited what science the Environmental Protection Agency could use in its decisions.
*~*~*~*
Neotropical songbirds such as warblers employ a method called high-intensity molting which means the birds can molt and grow new feathers quickly to be ready for migration.
*~*~*~*
Up to a quarter of known native bee species have not been seen since 1990 despite the best efforts of museums, universities, and citizen scientists on the lookout for them.
*~*~*~*
Nature has a way of filling any niche so it should not be surprising that many wild animals are making the move to the city and are successfully adapting to urban life.
*~*~*~*
You might think that it is clearly evident that cutting fossil fuels would help to slow the progress of climate change but it isn't necessarily clear to some of the members of the U.S. Senate. In a debate on climate change this week, the only point of agreement was that climate change is real and that it is caused "largely" by humans. That's progress, I suppose.
*~*~*~* 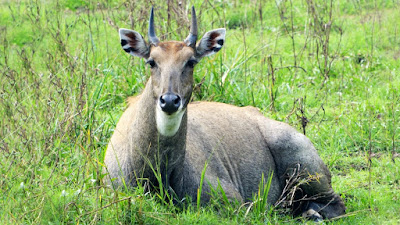 The nilgai is an exotic-looking antelope that is native to India. It was introduced to South Texas in the 1930s as a conservation measure and eventually for trophy hunting. A couple of dozen animals thrived and reproduced prolifically. Today they have become a pest as thousands of them roam the state and spread deadly ticks and disease.
*~*~*~*
A mysterious disease is killing California's sea lions. Scientists have linked it to toxic synthetic chemicals like DDT and PCBs which render the animals more susceptible to cancer triggered by herpes.
*~*~*~*
Methane is a major component of the greenhouse gases that contribute to climate change. In order to quickly reduce the effects of climate change, it is essential to get methane emissions under control. But that is easier said than done and it will take time to do it effectively.
*~*~*~*
Lord Howe Island is part of Australia and its native wildlife has been ravaged by invasive rodent species. A determined eradication program has helped to exterminate the rodents and has produced a return to a booming natural environment on the island.
*~*~*~*
A new baleen whale species discovered in the Gulf of Mexico has between 33 and 100 members according to researchers' estimates. The whale has been named Rice's whale (Balaenoptera ricei) and it is listed as endangered. The Gulf holds many human-made threats to the whales' survival, including dense ship traffic, oil and gas exploration, and marine trash.
*~*~*~*
Climate-related disasters should not really be called natural disasters since they are the result of human-caused actions. Even such things as earthquakes caused by fracking are all down to us.
*~*~*~* 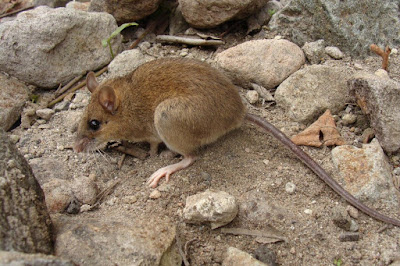 This little mouse is the Pinatubo volcano mouse and it is a survivor. When the Pinatubo volcano blew in 1991, it smothered everything around it in superheated, thundering avalanches of toxic gas and debris that exterminated all life in its wake. Except, as it turns out, the Pinatubo volcano mouse. The mouse not only survived but has thrived since the eruption. Its survival offers clues to previous disasters such as the asteroid that spelled an end to the dinosaurs. Then, too, small mammals survived and filled the niches opened up by the dinosaurs' demise.
*~*~*~*
Are you suffering from pandemic boredom? Here's something a bit different for your entertainment - videos of migrating salmon.
*~*~*~*
2020 was a certifiably terrible year for the western United States with heat, drought, wildfires, and all the attendant problems. 2021 is beginning with much the same conditions that were present last year and it is feared that this year will be a repeat or perhaps even worse.
*~*~*~*
Dealing in illegal wildlife traffic is a multi-billion dollar a year operation. Banks could play an important role in controlling or stopping this illegal international enterprise.
*~*~*~*
A mysterious and lethal chimp disease has been killing chimpanzees in a Sierra Leone sanctuary for fifteen years. The disease has now been linked to a bacterium that causes similar symptoms in humans.
*~*~*~*
The Biden administration has delayed implementation of a rule change made by the previous administration to the Migratory Bird Treaty Act. This will allow an opportunity to reinstate and perhaps strengthen the 100-year-old law.
*~*~*~*
The main way to help pollinators, including wasps, is by planting native plants. Here are some lists of plants that are particularly helpful for wasps.