February 22, 2020
A roundup of the week's news of birds and the environment: 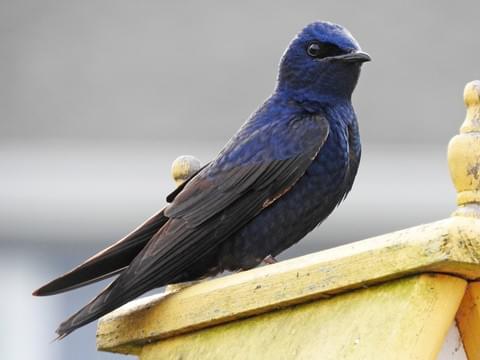 Purple Martin image courtesy of All About Birds website.

The Purple Martins are back. They began arriving back in our area around the end of January. First to arrive are the scouts, adult males like the one in the picture above. The adult males are followed by the adult females and first-year birds. The martins are among the first of our summer residents to return to the area and they are generally among the first to leave. Most of them are gone from here by July 4. In the eastern part of the continent, martins are now entirely dependent on nest boxes erected by humans, a tradition that goes all the way back to early Native Americans. In the west, the birds still sometimes nest in natural cavities.

In this election year, it is worth noting that a majority of Americans surveyed said that dealing with climate change should be a top priority for the president and Congress. Nearly two-thirds of those surveyed ranked protecting the environment as a leading policy priority. However, this masks a deep partisan divide on the issues with Democrats overwhelmingly citing the issues as important and Republicans much less concerned.

Extreme weather made news in widely separated areas of the globe this week. Britain has been battered by two successive big storms that have dumped torrents of rain and have caused flooding, landslides, and misery in many parts of the country. Meanwhile, in Mississippi, heavy rains in the central part of the state have swamped the Ross Barnett Reservoir north of Jackson and the overflow has pushed the Pearl River over its banks, forcing evacuations.

Throughout the South, spring is arriving weeks early this year, encouraging plants to wake up and to bloom. This could be a problem since the area is still vulnerable to late frosts for a few more weeks.

Temperatures are steadily rising around the world, but the trend isn't spread evenly geographically or throughout the seasons. The cold places on Earth are heating up much faster than the warmer spots and the winters are warming up faster than summers. This is creating a cascade of unpredictable impacts in communities throughout the country.

Restoring the Bobwhite Quail to the Chesapeake Bay area has had an unexpected benefit for the conservation of the bay itself.

There are areas of the Appalachians that have been devastated by "mountaintop removal" by energy companies trying to get to the minerals underground. Such practices completely destroy the ecosystem of the locale, but scientists are now recommending a way to restore that ecosystem. Essentially, it involves planting trees. Lots of them.

And speaking of restoration, Gov. Kate Brown of Oregon has given her support to a plan to remove four dams from the Snake River in order to help preserve and increase the salmon runs.

A five-year study of the impact of reintroducing beavers to the English countryside has concluded that the benefits of such a plan outweigh any problems that might be created.

A well-preserved frozen bird carcass that was found in permafrost in Siberia has been determined through DNA testing to be a Horned Lark. The bird is from 46,000 years ago.

Africa has long been a thunder and lightning hotspot, but with the planet heating up, the continent is experiencing bigger and more frequent and severe lightning storms, like the one that recently killed four rare mountain gorillas in Uganda.

As the assault on clean water regulations continues at the federal level, some states will be hit harder than others by the effects of the removal of the environmental safety net. 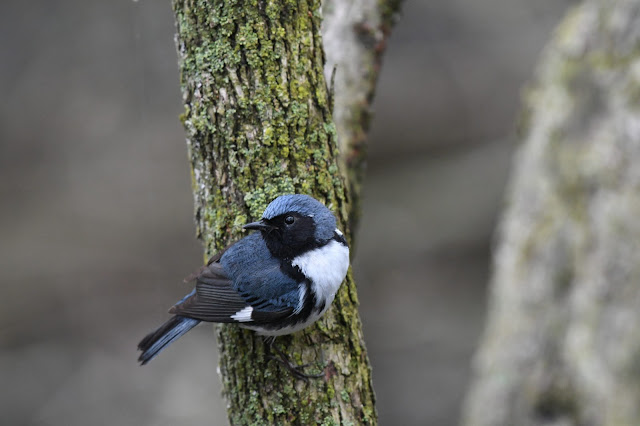 A study of the Black-throated Blue Warbler confirms that the little bird has shifted the timing of its spring and fall migrations over the past fifty years.

Increasing periods of drought and rising temperatures are decreasing the flow of the Colorado River, a 1,450-mile waterway on which millions of people depend.

As the EPA finalizes plans to roll back rules that cut the emissions of mercury and other toxins, utility companies are opposing the changes as unnecessary and unreasonable.

A recently published genetic study of bats in the Philippines indicates that there may be more species of those critters there than was previously believed.

A scientific model suggests that birds have been migrating for much longer than had been thought. It seems that they were migrating during glaciation periods and that their migrations shifted with climate change.