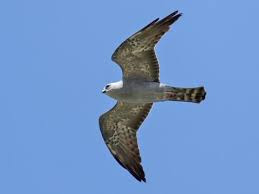 The lovely and graceful Mississippi Kites are back in my neighborhood this week. I've seen them circling over my backyard chasing flying insects late in the afternoon on several occasions. They are always a welcome sight.

It's not even true summer yet but already India is suffering through one of its worst heat waves. Temperatures have topped 120 degrees (49 Celsius) in areas. People have stopped going outside in the heat. Authorities have taken to hosing down the baking streets. If this is June, what will July and August be like? Meanwhile, our high temperature today is predicted to be 94 and 98 tomorrow.

The National Oceanic and Atmospheric Administration has declared an "unusual mortality event" in the wake of 70 dead gray whales having washed up along the western coast from California to Alaska this year. They have launched an investigation into why the whales are dying.

The pair of endangered California Condors that have nested in Zion National Park in southwest Utah this spring have apparently hatched their first chick. Though park rangers have not actually seen the chick, they are basing their opinion on changes in the behavior of the parents. They estimate the chick could be about three weeks old.

Two islands off the coast of North Carolina are having a population explosion of sea turtles this spring. And that's a very good thing. Surveys of Topsail and Bald Head Islands have revealed "unheard of" numbers of nests and hatchlings. 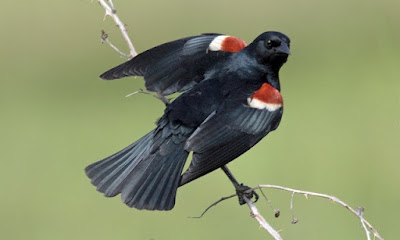 Changes in agriculture practice in California are causing increased problems for one of its iconic birds, Tri-colored Blackbirds. The flocks of the birds once darkened the skies with their masses but now they are running out of room for their breeding colonies.

Along the Delaware coast, migrating shorebirds are facing famine. This is the area where they stop to fill up on horseshoe crab eggs before continuing on their journey, but the horseshoe crabs have been overfished and their numbers drastically reduced so that the bountiful harvest of their eggs that the birds used to enjoy is no longer available. As a result, the birds are going hungry and some, like the endangered Red Knot, may not recover. Conservationists are attempting to get a halt to the fishing of the crabs to allow for their recovery.

Scientists have determined that a dig in Siberia was home to a previously unknown group of humans about 30,000 years ago. These humans were genetically distinct from both Western Eurasians and East Asians and indirect evidence puts them at the site at least 40,000 years ago. Scientists hope their discovery may shed more light on the ancestry of ancient Americans.

Under the current administration, the U.S. has had the largest reduction of its protected lands in history.

Until quite recently, Ireland was notable for its complete lack of members of the woodpecker clan. But the past five years have seen a colonization of the island by the Great Spotted Woodpecker. This may be more of a recolonization because there is some evidence that these woodpeckers once lived there in the past.

The current administration wants to drastically expand access to hunting and fishing in protected federal lands. Their plan would increase access across 1.4 million acres of public lands.

States east of the Mississippi are concerned about their growing populations of coyotes, particularly in urban areas. They can thank the federal government for that growth. An ill-considered government-sanctioned predator removal program virtually eliminated red and gray wolves in the East. The wolves were the predator holding coyotes in check.

A climate change lawsuit, Juliana vs. United States, features young plaintiffs whose argument is that there is a constitutional right to a safe and livable climate. The lawsuit will be heard by three judges in a court in Portland, Oregon. They will determine if the suit has sufficient legal merit to be allowed to continue.

African Penguins that live off the shores of southern Africa work together to corral fish to feast on. Various species of seabirds have learned about the penguins' hunting technique and they show up to take advantage of the corraled fish.

Record-breaking heat in Alaska this spring has damaged infrastructure and hurt wildlife.

The new government in Finland has pledged to make the country carbon neutral by 2035. Meanwhile, Germany plans to close all of its coal-fired power plants by 2038 and it will then rely on renewal energy sources. Thus, the world and time march on in the fight against climate change while the United States sits on the sidelines and jeers.
weekly roundup