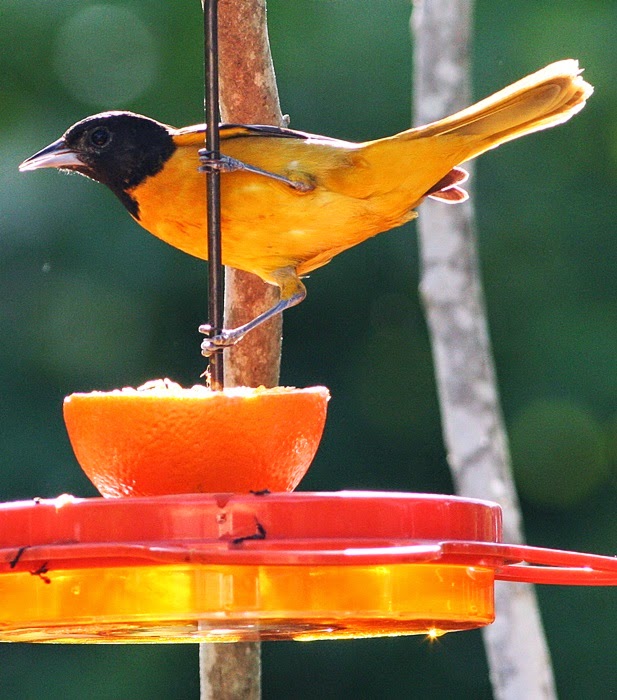 We have Orchard Orioles in the neighborhood this week but so far none of these colorful Baltimore Orioles that invaded my yard by the dozens last May. I'm putting out my oriole feeder and hoping for the best. Their visit last spring was really the highlight of my last year's backyard birding.

Repercussions of the recent oil spill in Galveston Bay are still making themselves known. Rescuers have plucked almost 400 birds from the mess so far, but more than 500 more have been sighted but were unable to be rescued. Even those that are rescued have slim chances of survival.

The "Dawn Chorus" of birds is a well-known phenomenon, but why exactly do birds sing so energetically in the morning? The Zoologic blog explores that question.

Bradford (or Callery) pears are popular ornamental trees in the suburbs around Houston and in many areas of the country, but they really are not a good choice for landscaping. They are not a native tree and they are highly invasive, tending to out-compete native trees for space. Birds and other wildlife do enjoy their tiny fruits and they spread the seeds, but there are many native trees that are just as attractive to wildlife and are better for the environment.

The Dutch are the world-class experts when it comes to water management. Coastal cities in the United States could learn much from them on how to live with encroaching water, which will become an ever more urgent issue as we continue to do nothing to halt the progress of human-caused climate change.

A fossil fish, found by scientists in the Canadian Arctic area, exhibits characteristics of both a fish and land-dwelling animals. The fish's scientific name is Tikaalik roseae and it is some 375 million years old from the Devonian period. It is considered a transitional creature, a link between species.

The first California Condors that were hand-raised and released into the wild had behavioral problems that affected their ability to survive. Researchers trying to save the species have altered their training program for hand-raised birds to try to address the issues and increase the birds' chances.

Unfortunately, the late winter storms that ravaged California did very little to relieve the extreme drought conditions that prevail in the state.

New research indicates that two tiny species of killifishes that were considered extremely endangered may in fact now be extinct following the destruction of their only known habitat. 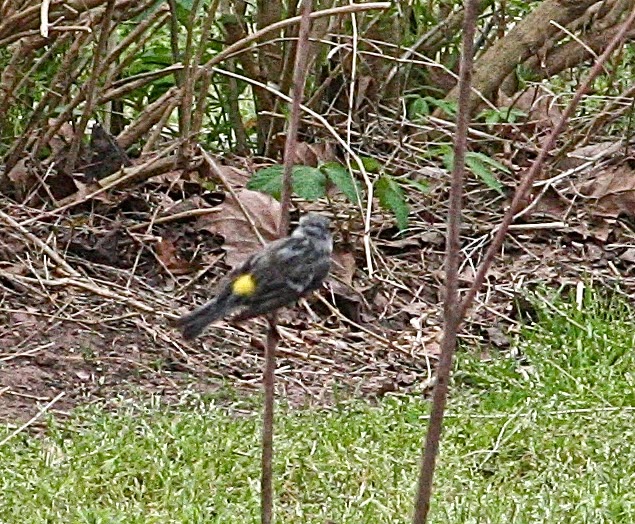 I believe I may have seen the last of the Yellow-rumped Warblers that visited the yard this winter. I haven't seen or heard any around for a few days now. The same can be said for Ruby-crowned Kinglets. I'm still seeing the occasional Chipping Sparrow and the Cedar Waxwings, although their numbers appear to have diminished. And actually, I have more American Goldfinches in my yard than I did a few weeks ago as more of the birds from farther south stream through on their way to their nesting grounds.

But these days the backyard is dominated by the permanent residents and the summer visitors, like the courting Ruby-throated Hummingbirds I watched yesterday and the White-eyed Vireos whose song seems to ring out from every tree these days. April is in fact a month that is filled with birdsong. Happy, happy month.