April 23, 2014
While I was weeding the area around my little backyard goldfish pond last Saturday, I happened to interrupt the nap of this handsome fellow. 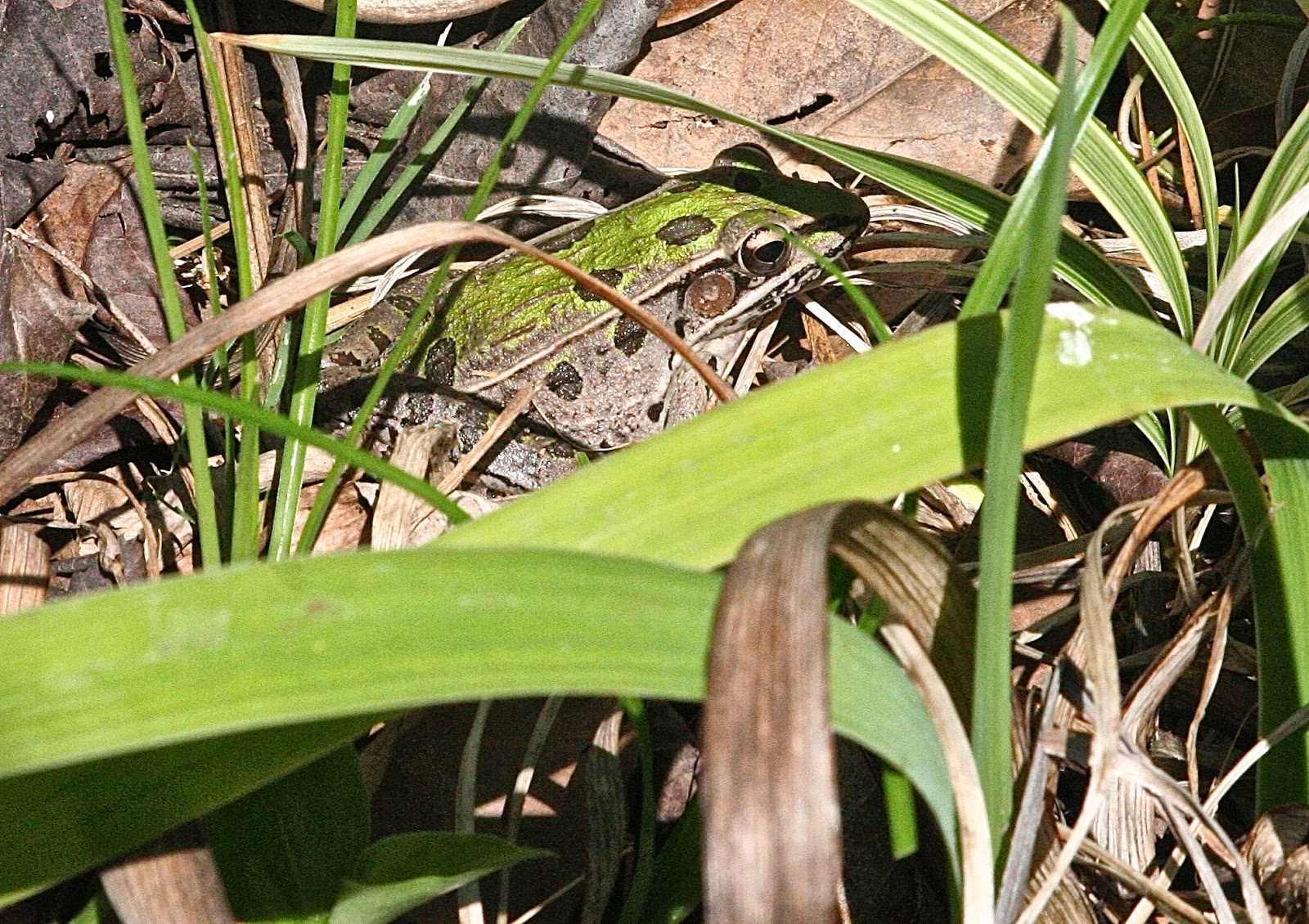 He is a Southern Leopard Frog (Rana sphenocephala) and he and a number of his relatives inhabit my pond and its immediate environs.

Leopard Frogs are pretty common anywhere there is shallow water. This can include lakes, marshes, streams, or backyard goldfish ponds. They are nocturnal and become active at night. Throughout the day, they generally hide among the plants, like my little friend. Sometimes, if they are startled, they will leap into the water. This guy, though, seemed too sleepy to bother.

These frogs are large and slender and can grow up to about five inches long. They can be green or brown or, as this one is, green AND brown. with the large dark spots which give them their common name.

Southern Leopard Frogs breed from March to June. Once mated, the female frogs lay egg masses of up to 4,000 eggs in shallow water, usually attached to plant stems. The tadpoles hatch from the eggs and eat algae and small organisms in the water. They transform to adult frogs by late spring or early summer.

After mating, adult frogs often wander away from water and into woods or fields, where they hide among plants or debris. They return to water by the end of summer.

They eat a wide variety of foods from algae to crickets, beetles, butterflies and spiders, and a wide variety of animals prey on them. Their enemies include herons, fish, bullfrogs, raccoons, opossums, snakes, skunks, and snapping turtles.