April 29, 2014
Those longed-for April showers never developed. Indeed, it has been an exceptionally dry April in my garden, with only about one inch of rainfall overall. Here at the end of April, I find myself already providing supplemental water right around my one-half acre garden.

In spite of all that, April really is perhaps my favorite month of the year in the garden. It's the month when many of the plants are starting their season of bloom and when plants that died back to their roots during winter are beginning to make their appearance once again. It's the month when most of the necessary pruning has been completed and things are beginning to look neat and when the gardener is still able to stay ahead of the weeds. That final one won't last for long, but, while it does, I do enjoy it.

Most of all April is a month for surprises in the garden.

At this time of the year, many of my surprises are wearing feathers. As the spring migrants pass this way headed north, we never know from day to day what we might see. Last Saturday, I caught a glimpse of something orange near my back fence and raised my binoculars to see a beautiful Baltimore Oriole, my first one of the year. 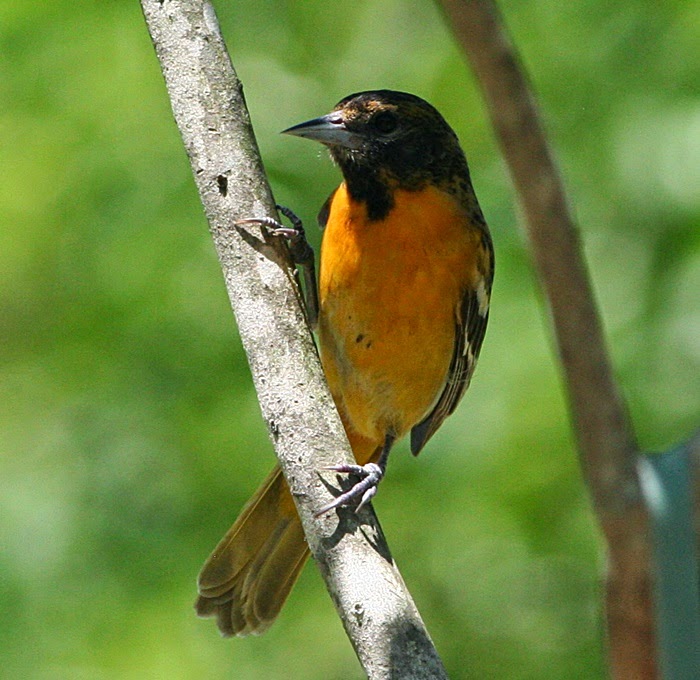 I had previously put out my oriole feeders with their oranges, jelly, and orange-flavored sugar syrup, but this bird was only interested in my suet cakes. After his long flight, he wanted something more substantial than fruit.

It's not exactly a surprise but certainly a gift to be able to watch Carolina Wren fledglings as they follow their parents around the yard, learning the ways of wrendom. 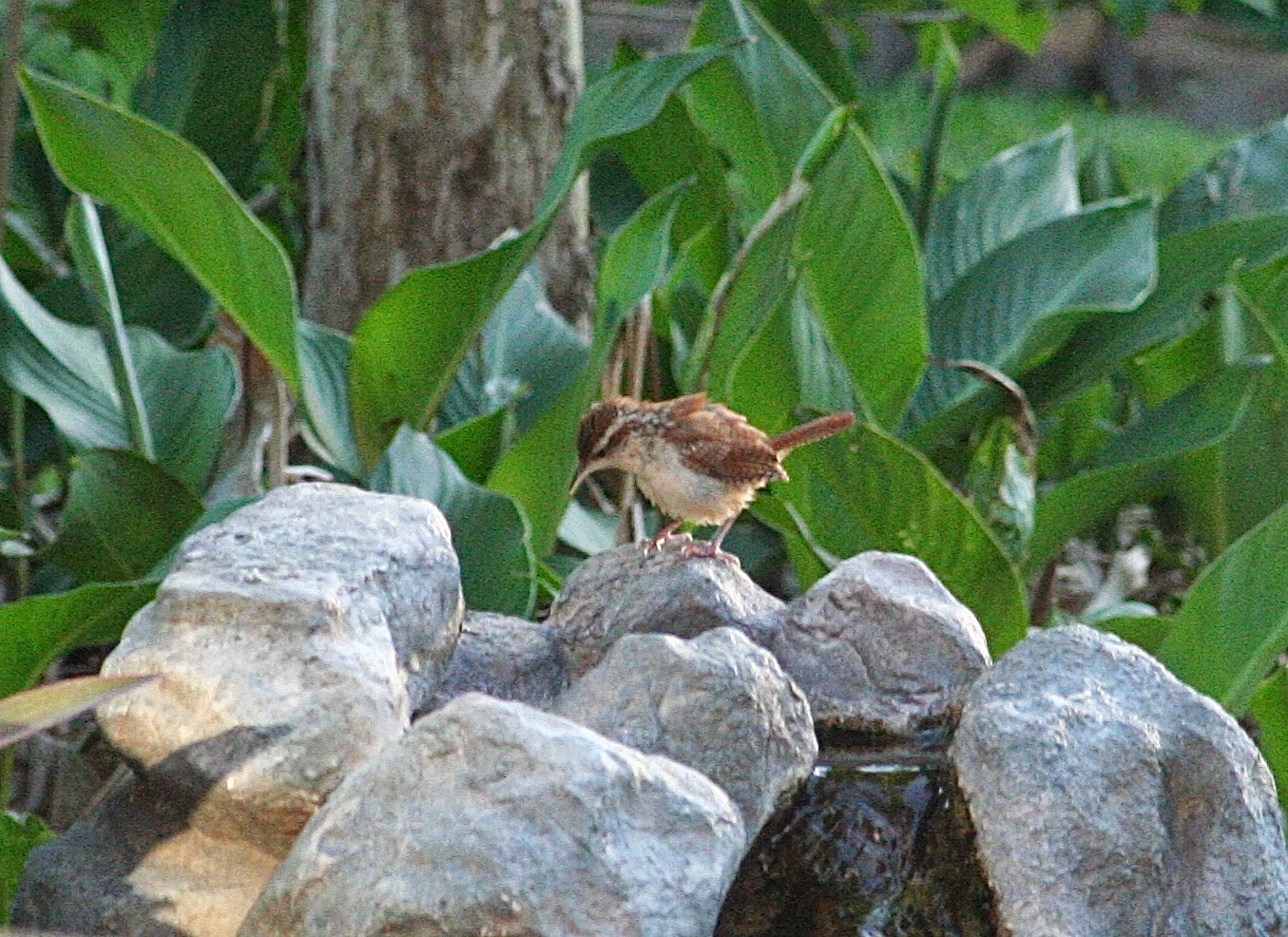 That includes learning to get water from my little backyard fountain.

One of the best gifts, especially considering my recent history with Eastern Bluebirds, came yesterday when I opened the box where my second pair of bluebirds have been nesting to gaze upon four tiny, perfect chicks. Only a few days old, they were already covered in a soft blue down, precursors of the beautiful feathers to come. The sight made my day.

But there are non-feathered surprises in the April garden as well. 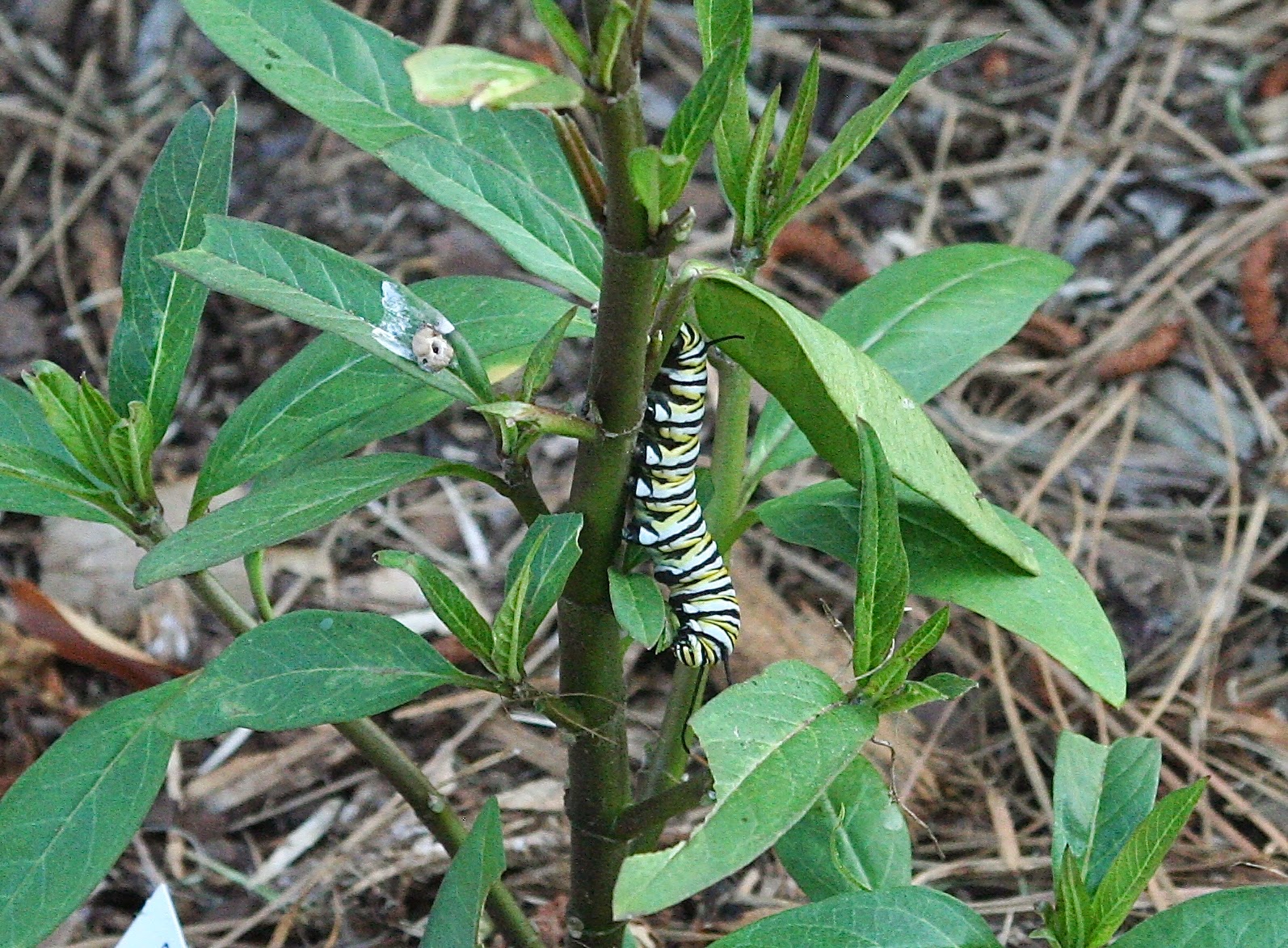 I had seen that one of my milkweed plants had been chewed but I looked in vain for several days for the muncher. Finally, last Thursday, I looked at a second nearby milkweed and there he was - already a big, fat, fifth instar caterpillar. A beautiful sight! There have been very few Monarch butterflies through the garden this spring. I've only counted seven, but at least one of them left this wonderful gift.

And, as always, my plants continue to surprise me.

We had a relatively harsh (for us) winter, with several spells of extended cold that reached into the low 20s F. It was all capped off by an ice storm in March that bit back the leaves of all my perennials that had begun to emerge. I was certain that I had seen the last of a lot of my plants. In fact, I did lose a brugmansia and a hybrid datura, although most of my brugs and daturas did survive. And I was sure that the Jatropha ingererrima, the Russelia equisetiformis, the Caesalpina pulcherrina, and the bauhinia were gone for good. But the 'Pride of Barbados' (Caesalpina) and the bauhina popped out of the ground right on schedule, leaving only the jatropha and the firecracker plant (Russelia) in doubt.

A couple of days ago, I had decided that the jatropha was deader than a doornail and prepared to remove it and put an angelica plant in its place. I got my shovel and prepared to dig and positioned it for the first cut. As I put my foot on it to push it into the ground, I looked down and... 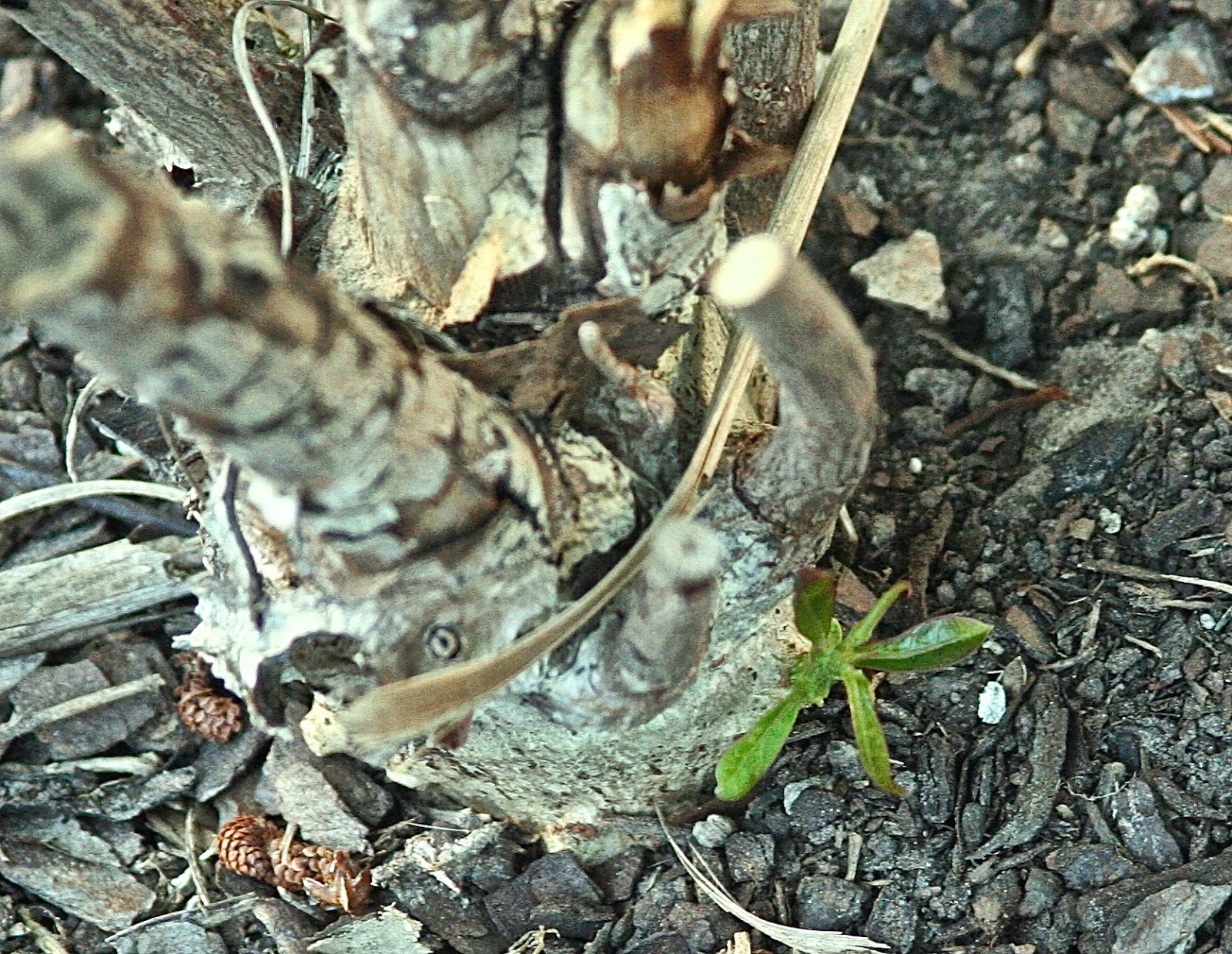 One tiny green shoot was coming up from its base! "Don't give up on me just yet. I'm still here," it said to me. So I put away the shovel and watered the plant instead, said, "Welcome back, old friend," and planted the angelica elsewhere. 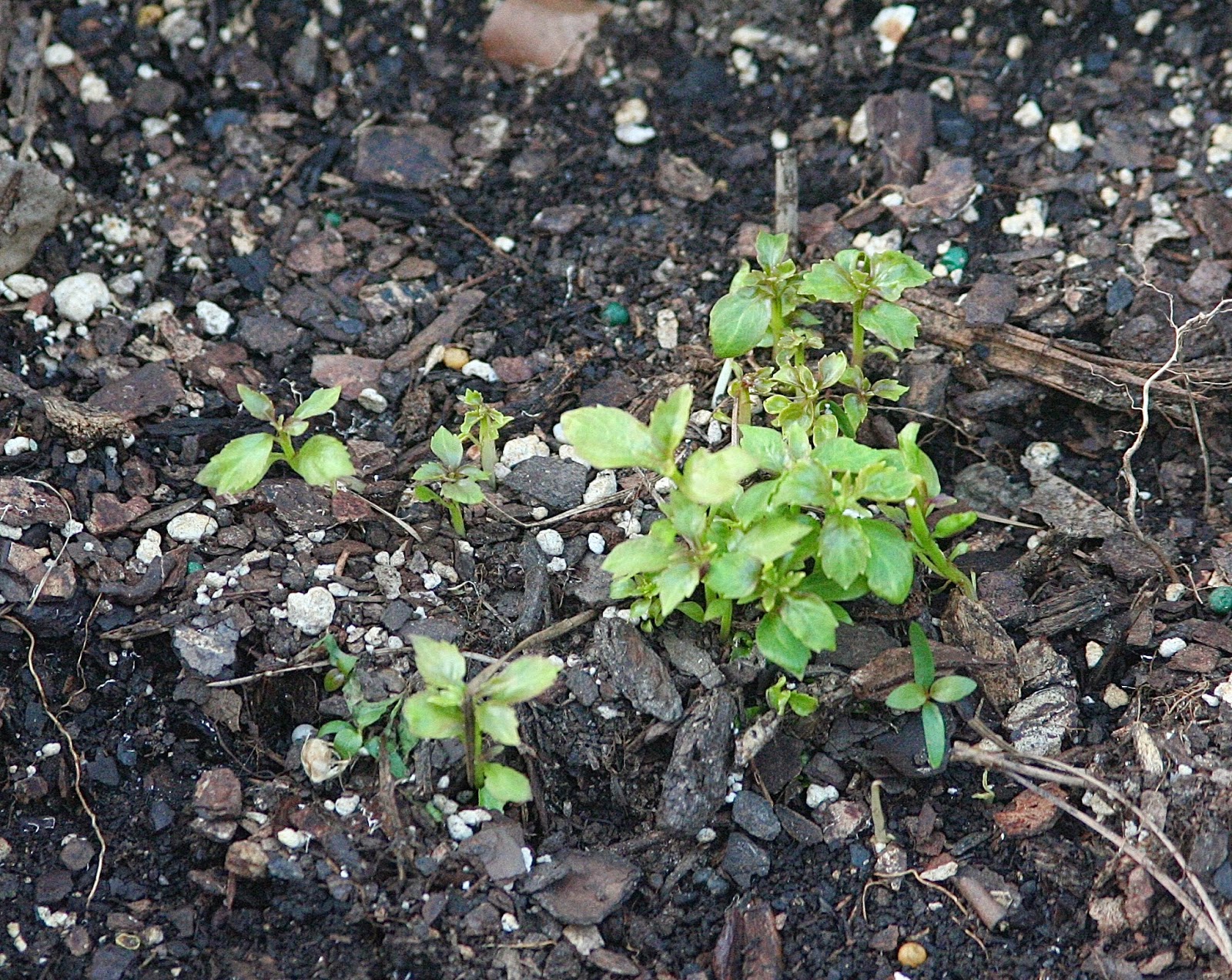 After that experience, I decided to check on the firecracker plant again, and it was anticlimactic to find that it, too, was beginning to emerge from its long winter nap.

The moral here, one that I have to learn over and over again it seems, is to have patience. Also, you can't keep a good plant down!