March 29, 2014
A roundup of the weeks news of birds and the environment: 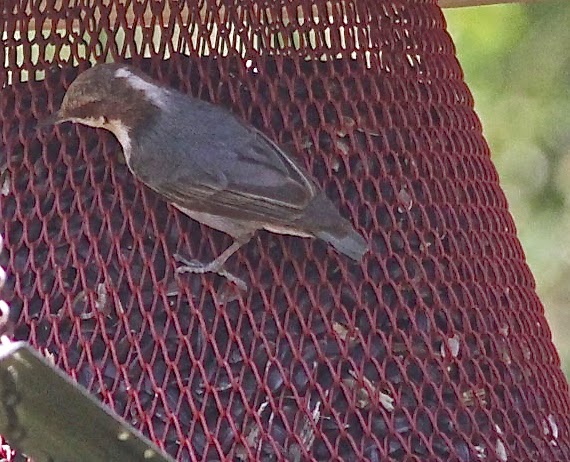 The little Brown-headed Nuthatches have mostly been absent from my feeders during the recent winter, but now they have returned to enjoy the black oil sunflower seeds and suet cakes. They are always fun to watch and to hear. Their calls remind me of the sound of a dog's squeaky toy!

One of the big stories of the environment this week was the big oil spill in Galveston Bay that blocked the Houston Ship Channel for a time. It was estimated that some 168,000 gallons of heavy oil had leaked and were spreading to threaten local wildlife refuges. These areas along the Texas coast are full of birds at all times, but we are now in the middle of the spring migration season when millions of birds are making their way north from South America and many of them stop to rest along the coast, so an oil spill now holds the potential of a major wildlife catastrophe. However, at the end of the week, it seems that the spill has been mostly contained and that damage to birds and other wildlife will not be as extensive as was first feared. Ironically, this spill came 25 years after the massive Exxon oil spill in Valdez, Alaska, which devastated wildlife there and is still affecting the area all these years later.

The ABA Blog this week offered some tips on how to identify birds.

The ice sheets of West Antarctica are melting faster than was anticipated. According to recent research, the six massive glaciers are moving faster than they did forty years ago, causing more ice to discharge into the ocean and global sea levels to rise.

An environmental group has filed suit to try to stop a residential development in the town of Dublin, California, that they claim would disrupt or destroy a Burrowing Owl habitat.

Bluebird twins! Two chicks hatched from the same egg. That's what a Project NestWatch volunteer recently discovered. The nest had contained four eggs including one extra large one. When it was checked later, there were five chicks.

Meantime, in my own bluebird nest watch, the chicks have either hatched or are near hatching. Mom isn't leaving the nest and Pop is working hard delivering food throughout the day. 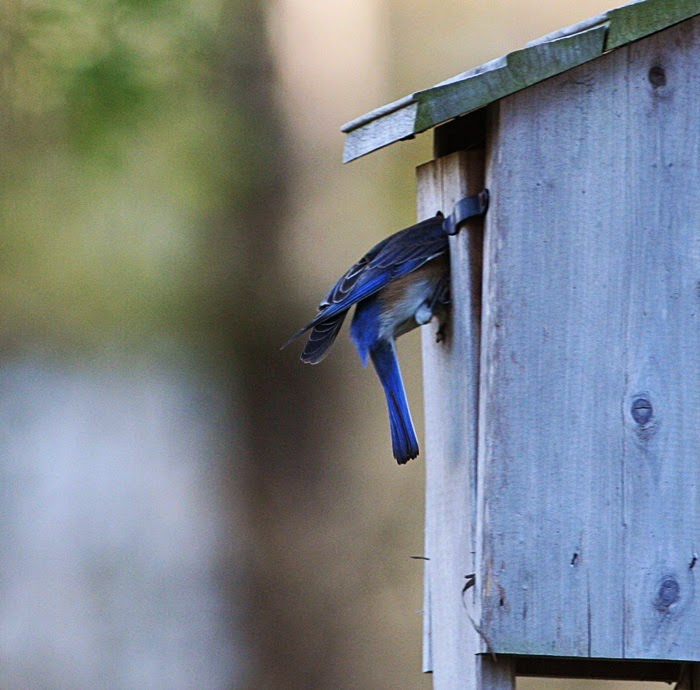 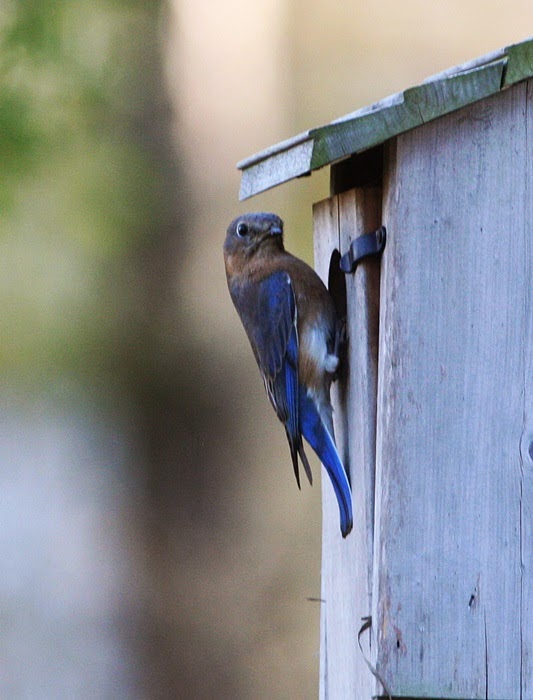 And, in still more Eastern Bluebird news, another nest is currently under construction in a second bluebird box in my backyard. It is shaping up as a bumper year for bluebirds.

The academic study of natural history appears to be declining in popularity. This is a troubling development for science and for society as a whole.

The record-breaking irruption of Snowy Owls last winter gave scientists a prime opportunity to study the beautiful, charismatic birds. What they found is that we actually know very little about Snowies.

When caged birds like parakeets are released into the wild, either accidentally or on purpose, they often do not survive very long, but sometimes they do. When they do survive and thrive, they have the potential for becoming an invasive species and a nuisance. A study in Britain has found that feral parakeets there can keep native birds away from feeding stations.

A new study has found that salamanders living in the Appalachians are getting smaller as their habitat gets warmer. This appears to be an evolutionary adaptation to the environment, meaning that they need to expend less energy in order to find food and survive.

New Caledonian Crows are considered the Einsteins of the bird family. An experiment shows that they understand the displacement of water at the level of a 5- to 7-year-old child.

Aerial surveys of nests in the Chesapeake Bay area confirm that Bald Eagles are doing very well indeed there. In fact, their population is soaring.

The Wired.com blog "Charismatic Minifauna" offers some information about gardening for bees, a very important topic in this era of so many challenges to the continued existence of bees and other pollinators.

Winter visitors still hanging around this week include the occasional pair of American Goldfinches, Ruby-crowned Kinglets, Yellow-rumped Warblers, Rufous Hummingbirds, Cedar Waxwings (of course), and two sparrows - the Chipping and the White Throated. 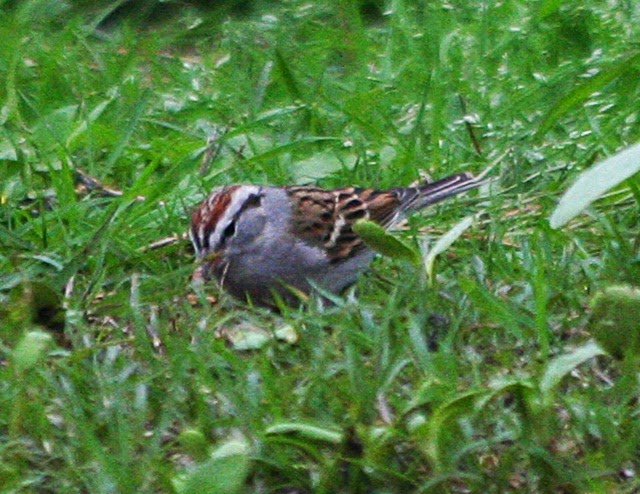 The Chipping Sparrow is truly one of my favorite winter visitors. 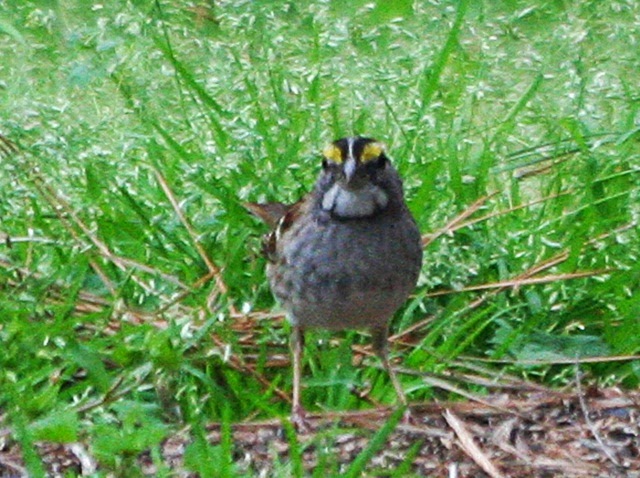 I will miss the White-throated Sparrow's sweet song when it is gone.

Time marches on and so do the migrating birds. The first Chimney Swifts showed up over my yard yesterday, a sight that always gladdens my heart.

Addendum: I actually forgot to mention one of the most exciting things happening in my backyard right now. Namely, I have three species of hummingbirds currently in residence!

The Rufous female who spent the winter with me is still here and shows no sign of moving on just yet. She continues to defend "her" feeders against all comers.

This week a female Ruby-throated Hummingbird arrived and she, too, seems inclined to hang around. I don't know, of course, if she is the same bird who has nested here in recent years, but she's making herself right at home.

The third bird was a bit of a surprise when I spotted him at a feeder today. I don't often have Black-chinned Hummingbirds in residence. The ones that I've had in the past have all been juveniles or females and I was never 100% sure that they were Black-chinned and not Ruby-throated, but my current visitor is an adult male, beautifully marked, and there is no doubt about his identity.

I don't know how long my trifecta of hummers will last, but I am enjoying them immensely.