(NOTE TO MY READERS: I have been forced to enable comment moderation on my blog because of a particular entity that has repeatedly attempted to post comments advertising their online gambling site. You can be assured that any legitimate comment will be posted as soon as I can get to it. I always appreciate your responses to my posts.) 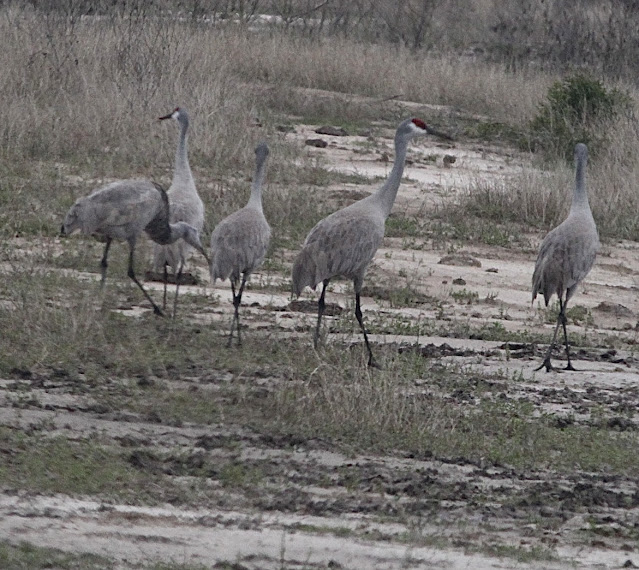 Sandhill Cranes out for a stroll on a Gulf Coast afternoon.

The Supreme Court has rejected an appeal from the operator of the Dakota Access pipeline to have the refusal of the pipeline's key federal permit overturned.

The Biden administration has paused approval of any new leases or permits for oil or gas drilling on federal lands after a judge ruled they could not consider the societal costs of carbon emissions when making the decision.

Climate refugees from the worst drought in Angola in forty years continue to stream into neighboring Namibia.

This month the U.N. member states are set to draft a blueprint for a global plastics treaty that would restrict the production and use of single-use plastics. The companies that make such plastics are attempting to prevent the treaty's acceptance.

Climate scientists are warning that the worsening of heat and drying conditions could lead to a 50 percent increase in the number of wildfires and create a global wildfire crisis.

The efforts of the previous president to build a wall along our southern border have predictably left a mutilated landscape which the present administration is making plans to remediate.

"Reef ball burials" are now a thing. You can choose to have an underwater cremation memorial that helps to regenerate marine habitats. And thus you can be transformed into coral.

India's forest rangers risk their lives braving tigers and other dangers to protect the forests in their care as they try to keep the peace between humans and wildlife. 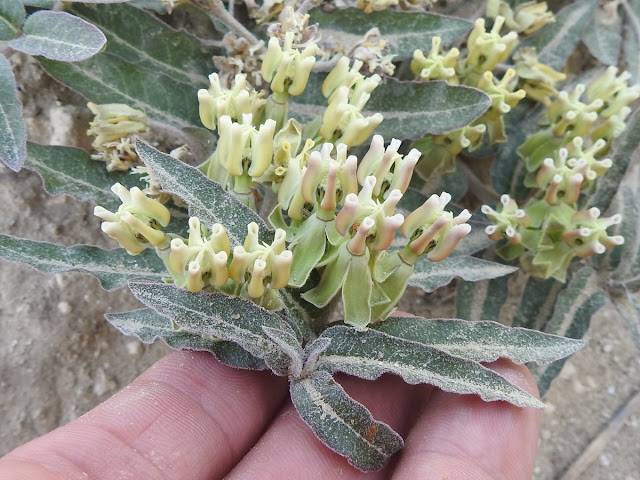 This is prostrate milkweed, a rare plant that is native to Texas and Mexico and may soon be listed as an endangered species.
*~*~*~*
GPS tracking devices have many uses and now California beekeepers are using them to safeguard their honeybees and thwart would-be thieves. Apparently, theft has become a major problem for the beekeepers.
*~*~*~*
Mangrove forests, in addition to protecting the coastlines, are home to an amazing variety of species and that, somewhat surprisingly, includes insects.
*~*~*~*
Artificial intelligence (AI) is being employed by scientists to help mitigate climate change and protect species around the world.
*~*~*~* 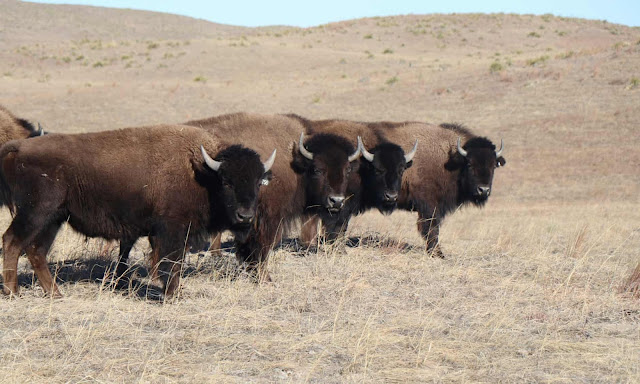 Bison, commonly called buffalo, on the Wolakota Buffalo Range in South Dakota.
The Rosebud Sioux nation of South Dakota is using its large herd of buffalo, now numbering 750, to help with food security in the nation and to restore the land.
*~*~*~*
Two controversial mining concessions in Mexico were canceled by that country's Supreme Court which ruled that the residents had not been consulted.
*~*~*~*
Do fish talk to each other? It seems that perhaps they do with a series of hums, honks, and boops. And what do they chat about? Sex and food, apparently.
*~*~*~*
Mt. Etna is one of the most active volcanoes in the world and it is currently spouting off again. A 12-kilometer high ash cloud has been visible over the mountain this week.
*~*~*~*
Scientists speculate that the asteroid that hit Earth 66 million years ago and wiped out about three-fourths of the planet's species may have hit in the springtime when it would have been the most destructive of life.
*~*~*~*
The forests of the Congo are one of the planet's greatest natural resources. They are protected by the "Guardians of the Forest."
*~*~*~*
The horseshoe crab today looks much the same as its forebears in the Mesozoic Era. And now it finds itself in the middle of a scientific controversy that seeks to reclassify it to the family tree of arachnids, along with the spiders and scorpions.
*~*~*~*
On the Isle of Skye, best known for its otters and Puffins, the remains of an enormous flying reptile from the Jurassic Era have been found. It was a pterosaur with a wingspan wider than a kingsize bed and it lived some 170 million years ago, about 25 million years earlier than they had been thought to reach such great size. Here is an artist's conception of the great beast: 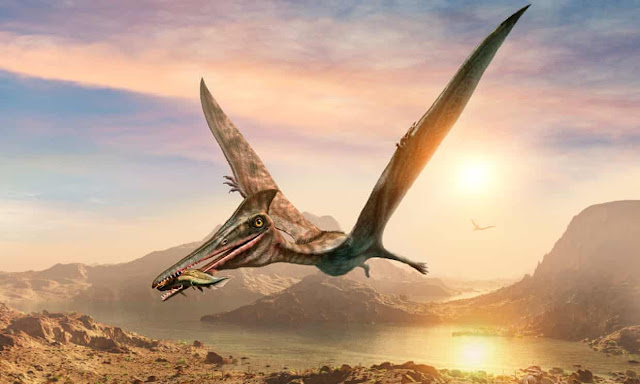 *~*~*~*
Have you heard about Hank the Tank, the black bear that has been crashing properties around Lake Tahoe in search of food? Well, it seems that DNA tests have now confirmed that there is not just one Hank but at least three bears (maybe more?) that have been guilty of the break-ins.