Girl A by Abigail Dean: A review 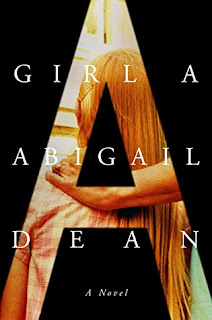 I generally try to avoid books about the suffering of children and animals, especially when that suffering is caused by deliberate torture, so what am I doing reading - and enjoying - this book which is about the confinement, starvation, and torture of seven children over a period of years in a "house of horrors" by their parents? Perhaps there really are exceptions to everything.
This book grabbed me right from the first chapter and it was propulsive reading from there right through the end. It is a psychological family drama with a bit of thriller thrown in as the reader wonders how and if these children will ever escape their captivity. Well, in fact, we know they did because the book begins with the mother's death in prison and learning that she had designated her oldest daughter Alexandra ("Lex") as the executrix of her will. Lex is now a successful New York-based lawyer and she returns to England to fulfill her executrix duties.
We learn that Lex is Girl A. The children were designated by letters of the alphabet to protect their identities during the trial. Lex, who was a teenager at the time, is the one who was able to escape from the house and summon the police. Subsequently, all the surviving children were adopted, each by separate adoptive parents. Lex was adopted by one of the policemen who investigated the case. He and his wife provided a safe and loving home which gave her a start toward a successful life.
When the police swarmed the family's home after Lex's escape, (Spoiler alert) the father, who was quite mad and the main perpetrator of the abuse that the children endured, killed himself by taking poison. The plan had been for his wife to follow suit, but she didn't do it. Thus, she was the one to survive and stand trial and be sentenced for the horrors.
The children who survived learned to cope with their past in various ways. Lex and her older brother were the most successful in putting it all behind them and getting on with their lives. The youngest was still a baby at the time and never remembered any of that earlier life. It was the middle children who had the most difficulty. Now, with the death of their mother, they are all drawn back in to greater or lesser degrees because they have been jointly left the "house of horrors" where they all lived together plus twenty thousand pounds in cash. Lex must oversee the disbursement.
The author provides a multi-layered view of this whole tragic family drama. It is quite well written, especially for a debut novel. It contains an absorbing study of the characters involved and the bounds of human endurance, resilience, and the instinct for survival. Although the story is dark, bleak, and often heartbreaking, it was relieved from the first by the knowledge that Lex and others had survived and had made successes of their lives. I think that is what sustained me while reading this narrative and actually allowed me to enjoy it. Overall, it is a memorable start for this writer.
My rating: 4 of 5 stars
Abigail Dean books reading reviews