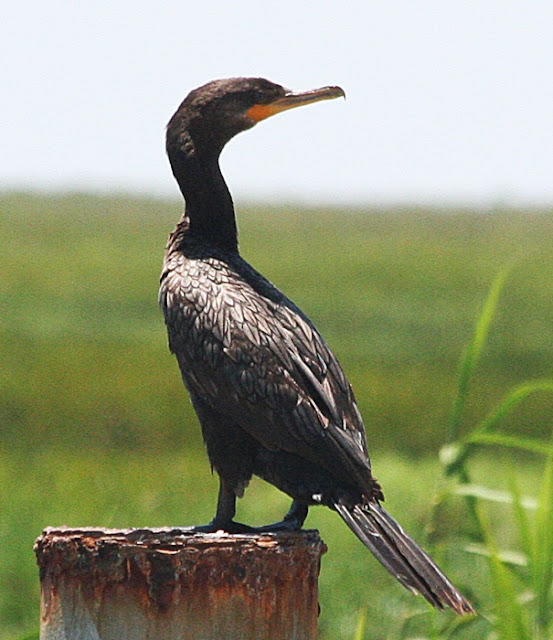 A Double-crested Cormorant rests on a post in the Anahuac National Wildlife Refuge on the Texas coast.

A new poll conducted by the Pew Research Center found that nearly two-thirds of Americans believe that the federal government should act more aggressively to combat climate change.

Did you ever think you would live to see a time when temperatures reached 100 degrees F in the Arctic Circle? That is the situation in which we find ourselves in 2020. In the Siberian town of Verkhoyansk, last Saturday the temperature topped out at 100.4 F.

Here are some tips about making your garden a more welcoming place for birds.

What lies off Australia’s Great Barrier Reef, in the Coral Sea? A recent expedition to the inky depths of those waters revealed an unknown world of creatures and geologic features.

While people in this country are distracted by the coronavirus pandemic, the cratering economy, the fight against systemic racism and police brutality, and the lack of leadership at the federal level, the Bureau of Land Management is churning out rapacious public lands projects at breakneck speed. Deforestation and sagebrush removal seem to be their priorities in response to requests from ranchers and oil drillers. Damn any vulnerable plant or animal species that may be affected!

Zoonotic diseases (those that can jump from animals to humans) happen most often at the edges of the world's tropical forests, so cutting down those forests may bring humans more in contact with such diseases and make transmission more likely.

Here's a hint that maybe scientists shouldn't be quick to declare a species extinct: A flowering tree species, known only as Wendlandia angustifolia, was declared extinct back in the 1990s, but in fact, some of the trees have been found alive and well and living in India’s Kalakad-Mundanthurai Tiger Reserve. 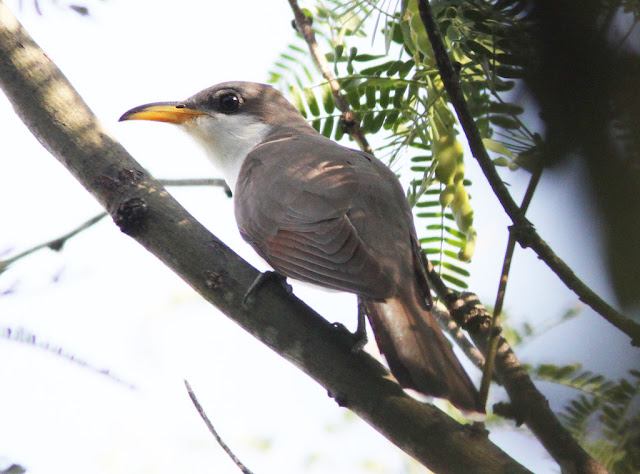 Protecting birds like the Yellow-billed Cuckoo may have the added benefit of protecting western rivers.

Two new studies find an increasing likelihood of wildfires becoming more common in California and the Northwest, but the studies also offer some solutions to the problem.

A coalition of Native American tribes and conservation groups is working together to try to save and protect the cougars in the Olympic Peninsula of Washington State.

The endangered seabirds of Hawaii are facing extinction unless nonnative invasive predators such as feral cats can be controlled.

Wind farms can provide clean, renewable energy, but they can also be devastating to bird and flying mammal populations unless they are correctly located. This is the problem currently facing the Icebreaker Wind project on Lake Erie.

Grassland birds are rapidly losing their habitat and gutting the Migratory Bird Treaty Act, as the current administration in Washington is trying to do, will make the problem much, much worse.

A North Atlantic right whale has been found dead off the New Jersey coast. There are only about 400 of the whales left on the planet.

The National Park Service stopped staging pyrotechnics at Mount Rushmore in 2010 out of concern that it could ignite wildfires under drought conditions. But when Donald Trump wants fireworks on the site on the Fourth of July, it seems no concerns will stop him - not the prospect of wildfires or of spreading the deadly coronavirus.

Oystercatchers sleep with one eye open when there is human activity around, so it's likely they have been sleeping much more soundly during the pandemic lockdown!

Three Southeast Asian leaf monkeys have now been determined to be three separate species whereas they had previously been lumped together as one. 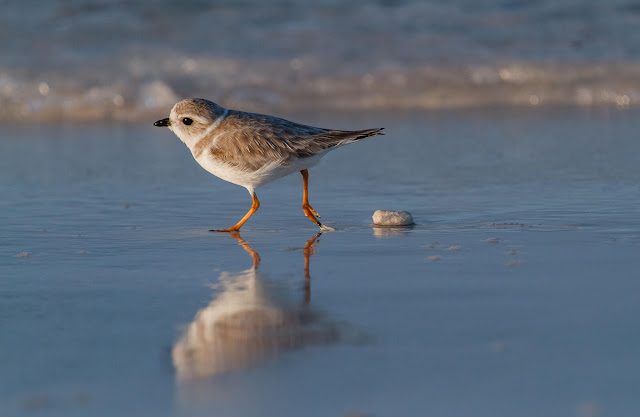 A new scheme for mining in The Bahamas would threaten the winter home of vulnerable migratory shorebird species like the Piping Plover and Red Knot.

In the future, California will require that trucks sold in the state be zero-emissions. The first stage will require half of them to meet this standard by 2035 and all must meet it by 2045.

Margaret Renkl has an appreciation of the shy, often misunderstood, and maligned rattlesnake.
weekly roundup