November 03, 2018
A roundup of the week's news of birds and the environment: 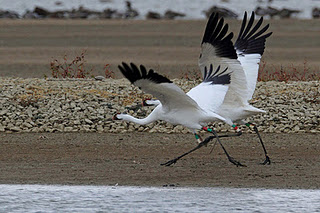 The Whooping Cranes that winter on the Texas coast are returning to their winter home. The flock that spends its summer in Canada exceeded 500 this year for the first time since the species almost went extinct back in the mid 20th century. It's been a slow climb to reach that mark.

Researchers from the University of Queensland and the Wildlife Conservation Society have for the first time produced a global map that sets out which countries are responsible for nature that is devoid of heavy industrial activity. They found that five countries (Australia, Brazil, Canada, Russia, and the United States) hold 70% of the world's remaining untouched wilderness areas. It will require global action to protect them.

A shocking report from 59 scientists around the world was released by the World Wildlife Fund this week. The report states that humanity has wiped out 60% of mammals, birds, fish, and reptiles since 1970. The annihilation of wildlife is now a very real threat. 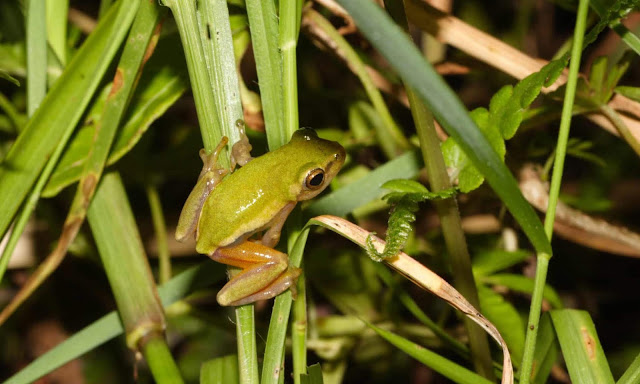 But there is good news. This tiny frog, the Pickergill's reed frog which is just about the size of your thumbnail, is making a comeback! Through a captive breeding program, its numbers have been increased from 20 to 200. It gives hope that even though we have been so adept at wiping out vast numbers of creatures, we might atone in part by using our skills to help some survive and increase.

A different approach is being tried to help endangered Curlews in Ireland. Farmers in rural Ireland can be paid up to about $6500 a year to avoid any damaging activities and promote suitable Curlew habitat on their land.

Interior Secretary Ryan Zinke may be an endangered species himself, and wouldn't that be ironic? The man who seems to have been on a mission for the last two years to destroy America's natural heritage is the subject of numerous investigations in his own department and one of those has now been referred to the Justice Department for further action. 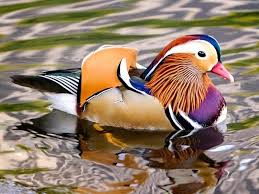 The Mandarin Duck is one of the most colorful of all the ducks, so when one unexpectedly shows up in an area, it can cause quite a stir. When that area happens to be Central Park in New York, that stir is increased a hundredfold. And that's what's happened recently. A duck like the one pictured has been delighting birders in the area. It isn't known if the bird is an escapee from captivity or if it is actually wild. It is banded, but as of this writing the band had not been deciphered.

Seriously, China, what are you thinking? The Chinese government has legalized the medicinal trade of rhino horn and tiger parts. This is expected to stimulate demand for the poached and endangered animals that will make it even harder to protect them.

New research has found a startlingly large buildup of heat in Earth's oceans. This suggests that global warming is occurring at a faster rate than previously anticipated and the world probably has even less time to begin to curb its greenhouse emissions.

And what happens when the oceans heat up? The glaciers melt. The massive glaciers in the Yukon Territory of Canada are shrinking rapidly.

Meantime, the section of the Environmental Protection Agency's website that used to address climate change no longer exists. It was taken down over a year ago.

Barn Swallows are birds that seem to thrive around human structures. They build their nests under our bridges or on our buildings, occasionally including the houses where we live. Now, new research indicates that these birds have, in fact, evolved along with humans, perhaps going a way toward explaining that close relationship.

It seems an impossible task but there's a lot you can do with almost $5 billion; that's the amount that has been designated for the Earth BioGenome Project, the goal of which is to sequence the DNA of every known animal, plant, and fungus in the world over the next ten years.

The National Wilderness Society no longer exists and its founder has moved on to his natural habitat, the ultraconservative Heritage Foundation, but back in 1997, the group petitioned the U.S. Fish and Wildlife Service to remove the Hawaiian Hawk from the Endangered Species List. The petition never achieved its goal, but like a zombie keeps rising up again and again. And now, with an administration that doesn't really believe an ESL should exist, it has risen again and the F&WS will attempt to delist it.

A plan to create the world's biggest marine reserve around Antarctica has been blocked by Russia, China, and Norway.

The swallowtails are among the most graceful and beautiful of all butterflies and, in my opinion, the world can not have too many of them, so I was happy to read of the discovery of this lovely creature: 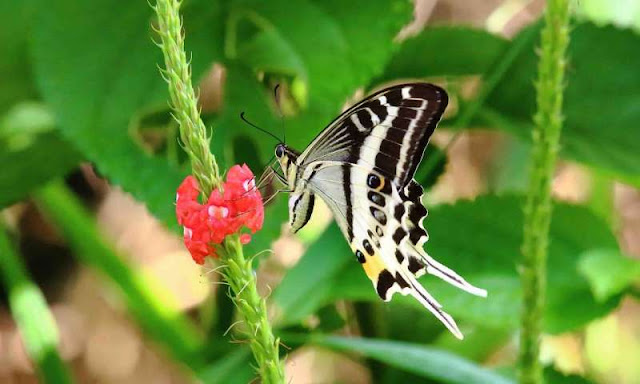 This previously unknown species is the Papilio natewa and it was found on the Pacific island of Vanua Levu in Fiji.
weekly roundup