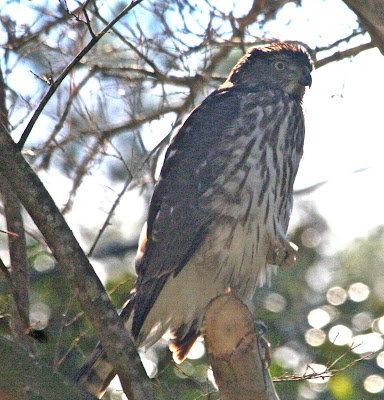 Cooper's Hawk in the neighbor's tree keeping an eye on the birds in my yard.
*~*~*~*
President Biden has reversed the action of his predecessor by restoring a landmark environmental law. The new rule will require agencies to consider the impacts on the climate of proposed highways, pipelines, and other projects and it will give local communities more input on those projects.
*~*~*~*
The Sixth Extinction which many scientists believe is now occurring is such an overwhelming concept that it is hard to wrap our minds around or to find ways to talk about it. The Revelator has some suggestions.
*~*~*~*
How much do you actually know about climate change? This quiz will help you find out. (Full disclosure: I got 8 out of 10 right.)
*~*~*~*
Uh oh. This is not good news. Avian flu is abroad in the land once again. It's the worst outbreak among domestic poultry since 2015, but, unfortunately, it is also affecting wild birds. Since February, at least 36 Bald Eagles have died in fourteen states.
*~*~*~*
Indigenous farmers in western New Mexico are passing on traditional farming methods and seeds in an effort to protect against the climate crisis.
*~*~*~*
An executive order issued by President Biden on Friday is intended to lay the groundwork for protecting the biggest and oldest trees in America's forests.
*~*~*~*
Here's an idea whose time may have come: Earthships. These are houses that are off the grid and climate-resilient and they are built from trash!
*~*~*~* 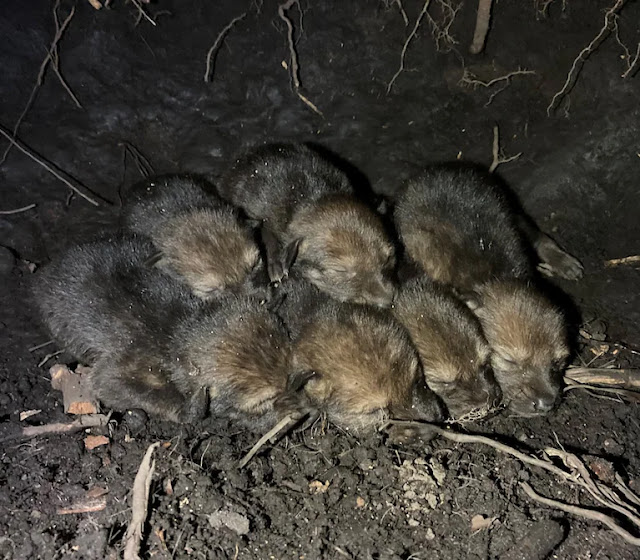 Here are six little furry reasons to rejoice. They are red wolf pups born in the Alligator River National Wildlife Refuge in North Carolina. It is the first time in six years that pups have been born to the critically endangered species there.
*~*~*~*
A megafire raged for three months in British Columbia in 2017. Canada counts it as a "natural disturbance" beyond human control and does not count the emissions from it under the Paris climate agreement.
*~*~*~*
The American West faces increasing threats from big wildfires that are fueled by a climate that is steadily getting warmer and drier and smoke from those fires has a seriously detrimental effect on public health.
*~*~*~*
Westerners paying for the privilege of hunting markhor, ibex, and wild sheep in Tajikistan are inadvertently helping to conserve the endangered snow leopard. Revenue from the hunts helps to protect the big cat and also provides income for villages in the region.
*~*~*~*
Here's a report on Ospreys that nest in the San Francisco Bay area.
*~*~*~*
I guess this really should not be a surprise: Communities that are majority Black or Latino have a higher level of oil drilling and pollution. Research by the University of California at Berkeley and Columbia University in New York confirms that communities of color are disproportionately exposed to pollution and the resultant health risks.
*~*~*~*
China made a pledge at climate negotiations in Glasgow last year to pivot away from coal-fired power plants, but six months later there doesn't appear to have been any movement toward that goal.
*~*~*~*
The U.S. houses hundreds of millions of tons of phosphogypsum in open-air stacks. Regulation of this fertilizer is inconsistent and environmentalists are targeting these stacks to try to bring them under firmer regulatory control.
*~*~*~* 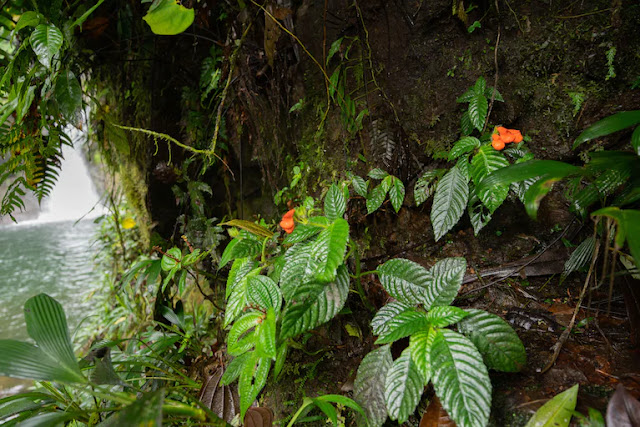 This orange wildflower was named Gasteranthus extinctus because it was thought to be extinct. But it seems that reports of its extinction were exaggerated. The flower has been found alive and thriving in the Centinela region in western Ecuador.
*~*~*~*
Wind-driven springtime wildfires are tearing through parched evergreens and brush across Arizona, New Mexico, and Colorado leading to speculation that "fire season" in the West may now be a year-round threat.
*~*~*~*
On the other side of the world, an early continuous and brutal heatwave has left people in South Asia gasping for air.
*~*~*~*
The Yurok tribe of northern California is readying four young California Condors for release into the wild. They consider it their sacred responsibility to help maintain balance in the natural world.
*~*~*~*
Scientists find inspiration in Nature that gives them hope as they confront climate change.
*~*~*~*
This would not give the scientists or us laypeople much hope. It seems that the rate at which the Arctic ice is melting has been underestimated. The latest data indicates that it is heating up four times faster than the rest of the planet.
*~*~*~*
The popularity of renewables is growing; more and more people are signing on. The bad news is that the wait times to connect to the grid are increasing and discouragement is causing more projects to drop out of the process.
weekly roundup