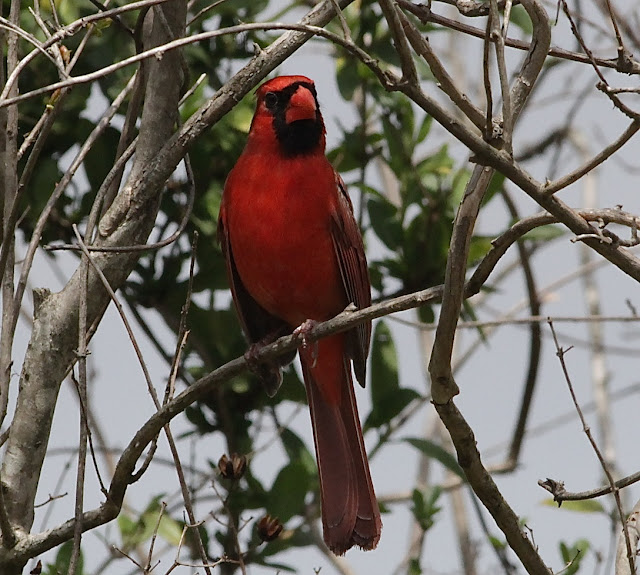 This male Northern Cardinal serenaded me as I worked in the garden.
*~*~*~*
The latest report of the Intergovernmental Panel on Climate Change (IPCC) is out and the good news is that it is not without hope. It offers some practical suggestions for dealing with the problem of climate change, but will the world listen and implement them?
*~*~*~*
According to an in-depth analysis of the net-zero pledges made by nations at the UN Cop26 climate summit in December, keeping the rise in the planet's temperature to less than 2 degrees centigrade is doable. The bad news is that the 1.5C goal no longer seems possible.
*~*~*~*
You would think that if any plant would be able to adapt to a warming planet it would be the cacti, but it seems that even they are not safe from the effects of climate change.
*~*~*~*
Remember the excitement of a few years ago when it seemed that perhaps the Ivory-billed Woodpecker was not extinct after all? Well, ultimately that excitement proved to not be well-founded and last year the species was declared extinct by the U.S. government. But wait! Maybe that declaration was a bit premature.
*~*~*~*
Forever chemicals are living up to that name and that is particularly bad news for a farm in Maine.
*~*~*~*
When war breaks out, as between Russia and Ukraine, we focus on the harm caused to our own species, but Nature also is a casualty, a silent victim of war.
*~*~*~*
As hurricane season looms, scientists are telling us that climate change is fueling an increase in the rainfall that accompanies tropical storms.
*~*~*~*
The evidence indicates that living a greener lifestyle can lead to greater happiness in both rich and poor countries.
*~*~*~*
Learn about some of the birds of Ukraine, who are also affected by war.
*~*~*~*
Climate change appears to have brought Australia an increase in tropical diseases. They have recently had an outbreak of Japanese encephalitis which has so far infected 34 people and killed three.
*~*~*~*
An eruption of an underwater volcano in Tonga in January created a planetary-scale pressure wave, or shockwave, in the atmosphere, something that had not been seen in more than fifty years.
*~*~*~* 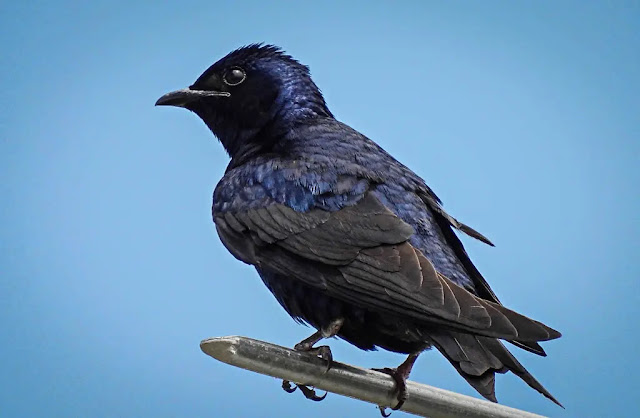 Purple Martins are wonderful birds but when they gather in the thousands in cities during migration, they can create some not-so-wonderful problems. Mainly bird poop, and lots of it.
*~*~*~*
Did you know that in 2022 alone - 3+ months - Madagascar has been hit by five major storms? No, neither did I, but as a result of these storms, thousands of people are in urgent need of food assistance.
*~*~*~*
A new study has found that sunscreen chemicals are accumulating in Mediterranean seagrass and may pose harmful effects on that environment.
*~*~*~*
Another new and alarming study says that urban air pollution is rapidly increasing in the tropics and will lead to hundreds of thousands of preventable deaths if stronger regulations are not put in place.
*~*~*~* 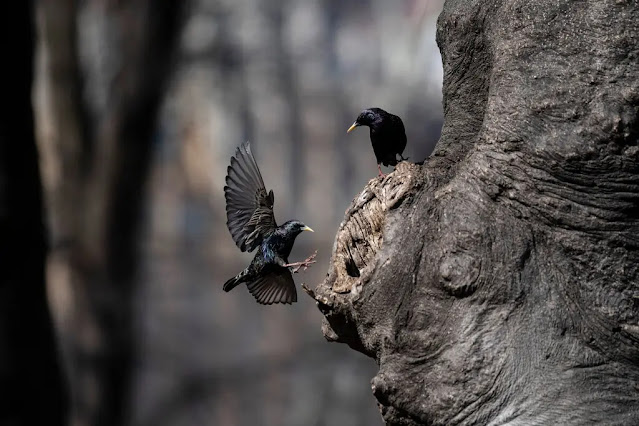 European Starlings really can't help the fact that humans imported them into an environment in which they didn't belong. In truth, they are a handsome and resourceful species. They are survivors just doing what their species' history tells them to do.
*~*~*~*
And here's a great idea whose time has come: Wildlife bridges. In California, the world's biggest wildlife bridge will allow the animals of the Santa Monica mountains safe passage across a busy and dangerous 10-lane highway.
*~*~*~*
Native plants and perennials are finally coming into their own with American gardeners. In the era of climate change, that stretch of thirsty green lawn has lost favor. Homeowners and landscapers are looking to plants that can take what the changing climate throws at them and use less water doing it.
*~*~*~*
Long ago I lived in a city apartment that looked out on the flat roof of a business building where urban Rock Pigeons gathered. And so I became a pigeon watcher. Let me tell you those are some pretty interesting and entertaining birds.
*~*~*~*
Seed banks from the Arctic to Lebanon are a way that humans are seeking to insure against a global food crisis that could be brought about by climate breakdown and worldwide conflict.
*~*~*~*
Climate scientists have long warned about the potential for a methane feedback loop that creates a surge of methane in the atmosphere. Now they are saying that it may be becoming a reality due to increasing heavy rainfall.
*~*~*~*
Adélie Penguins are in trouble on the western side of the Antarctica Peninsula where warming has occurred faster than almost anywhere on Earth. But on the eastern side of the peninsula, they are doing quite nicely, thank you.
*~*~*~*
Manatees in Florida are not doing so well, as we know. Pollution has killed the seagrass that they normally feed on, leading to widespread starvation. They are being fed massive quantities of lettuce in an attempt to save them. But will it be enough? The jury is still out.
*~*~*~*
Here's another problem being caused by climate change that may not affect you but it is of some concern in my household: Septic tanks. Intensifying rains that flood backyards can render the tanks ineffective.
*~*~*~*
Every habitat on Earth has its own sonic signature made up of the thousands of voices present there. It took hundreds of millions of years for this sonic diversity to emerge. When those sounds begin to disappear it is a subtle sign of the beginning of Nature's apocalypse.
*~*~*~*
And yet another "sound" problem is the sonic pollution of the planet's oceans. This pollution is harmful to marine life.
*~*~*~*
A DNA analysis has provided support to the claim of the Muwekma Ohlone Tribe for its ancient roots in California. According to this evidence they have lived in the Bay Area for thousands of years.
*~*~*~*
The story of a pair of Peregrine Falcons named Annie and Grinnel in California had been monitored on television and followed by many viewers for a couple of years. Their story ended in tragedy on March 31 when Grinnel was killed by being hit by a car. But there may be yet another act left in the story. Annie had already laid her eggs by the time Grinnel was killed. One parent alone likely would not be able to successfully raise the chicks but now another male has shown up and Annie seems to be tolerating him. So we'll see what happens.
*~*~*~*
Domed bird nests give the appearance of greater protection but species that build simpler nests may have a better chance of adapting to changing conditions.
*~*~*~*
The Sarus Cranes of India often add a third bird to the mated pair, forming a trio but not necessarily a throuple. The third bird seems to act as a kind of au pair.
weekly roundup