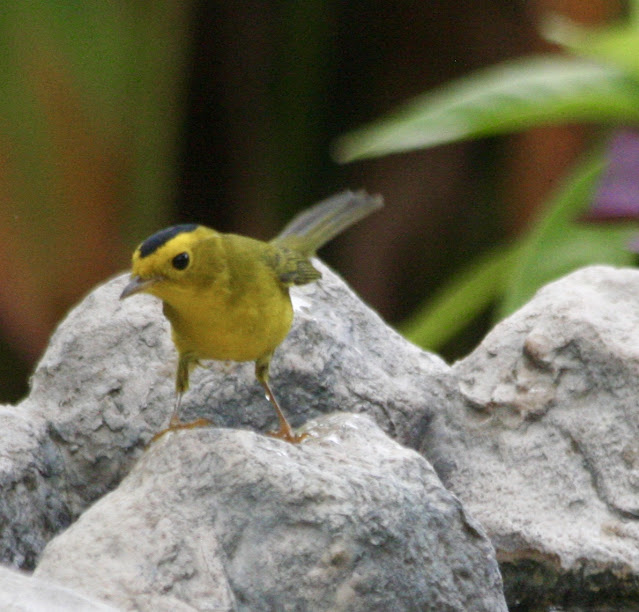 The warblers are passing through on spring migration. A Wilson's Warbler stopped for a drink at our little fountain.
*~*~*~*
Human-produced microplastics have invaded the ocean where they become part of the "marine snow" that is then colonized by microbial hitchhikers and inevitably becomes part of the environment.
*~*~*~*
Oil drilling in Canada's boreal forest is changing the environment for the animals that call it home. Species like wolves and caribou are being crowded closer together and it is changing how the species interact with each other.
*~*~*~*
The changing climate is causing birds to lay their eggs earlier. Many species are now laying eggs as much as a month earlier than they did in the past.
*~*~*~*
Xavante villagers in Brazil collect seeds from native trees in order to replant one of the world's most biologically rich regions, thus seeking to restore areas that have been deforested by logging.
*~*~*~*
Government data has revealed that methane emissions into the atmosphere rose by a record amount last year.
*~*~*~*
The American Bird Conservancy's Bird of the Week is one of our most familiar wading birds, the Great Blue Heron. The stately bird is hard to miss in any landscape.
*~*~*~*
The pandemic has had some positive effects for the environment: It has helped to keep humans at home and not out mucking it up. A case in point is Maya Beach in Thailand which has had a chance to recover from being overrun by our species.
*~*~*~*
Do whales experience menopause? It would seem so as female whales can live many years after they are no longer reproducing.
*~*~*~*
Wolverines may be expanding their habitat. The first one ever to be captured live in Utah was recently fitted with a GPS collar so that it could be tracked.
*~*~*~*
The third and final report from the Intergovernmental Panel on Climate Change was issued this week. Its bottom line is that we have to overcome the influence of the oil industry in order to successfully tackle climate change.
*~*~*~*
Salamanders need water in order to breed and lay their eggs and that sometimes means they have to cross a road to get to that water. With predictable results: Many of them get crushed by traffic. In Marquette, Michigan, the solution to that problem is that they close the salamander-crossing road and have a festival to celebrate the critters.
*~*~*~*
Nature is reclaiming a part of New York City.
*~*~*~*
Kenya's Kinangop Grasslands are home to about 200 species of birds, many of them endangered. It is vital that the grasslands be preserved from development.
*~*~*~*
An unexpected consequence of the Russian invasion of Ukraine is the effect that it has on Russian scientists' participation in international collaboration with their peers from other countries.
*~*~*~*
The Environmental Protection Agency is working under a new definition of what constitutes "forever chemicals" and it is one that is at odds with much of the rest of the scientific community.
*~*~*~* 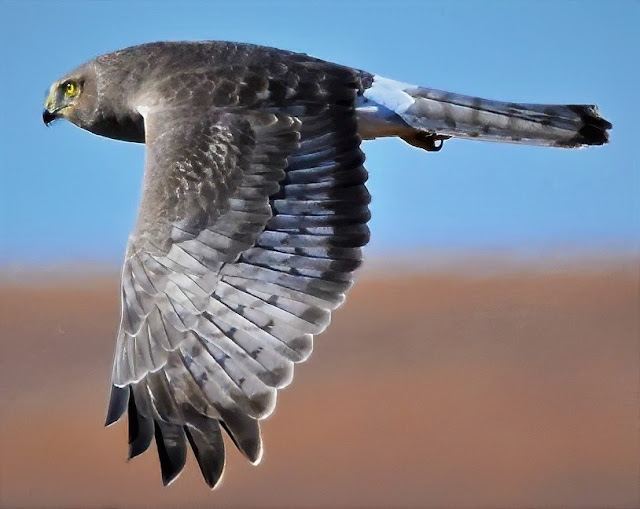 This is the raptor sometimes known as the "Gray Ghost." It is a Harrier and it can be found throughout much of the North American continent at some point during the year.
*~*~*~*
The coy-wolf, a hybrid of the coyote and the gray wolf, is very much at home in dense, human-built environments.
*~*~*~*
The combination of lithium mining and climate change has had a negative impact on the population of Flamingoes in South America. Some areas have lost 10 to 12 percent of their Flamingo population in eleven years.
*~*~*~*
Here's a look at some of the wonderful birds of eastern Panama.
*~*~*~* 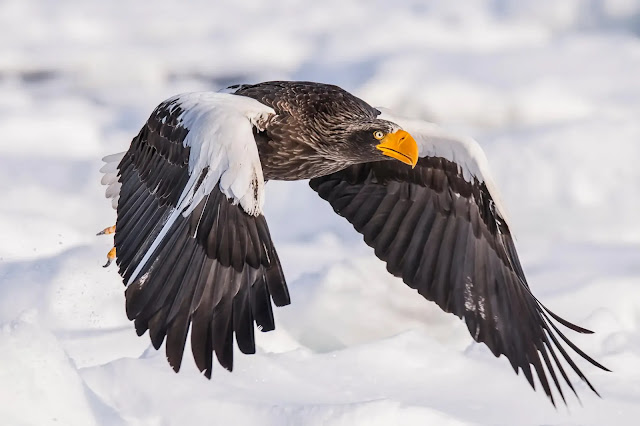 This Steller's Eagle, a native of East Asia, has been exploring the eastern area of North America for much of the past two years. Scientists say it is likely not lost, nor are most vagrants; rather they are exploring and adapting to new ranges.
*~*~*~*
The Sumatran Rhino is the most critically endangered rhinoceros species but their numbers just increased by one. A calf was born at the Sumatran Rhino Sanctuary in Indonesia.
*~*~*~* 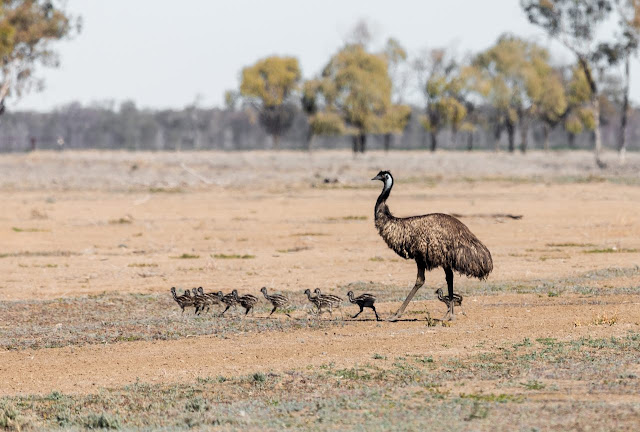 This is a male Emu with chicks. Emus are unusual in that the fathers tend the nest and raise the hatchlings for eighteen months after birth.
*~*~*~*
The State of Washington has created the first of its kind sea grass and kelp sanctuary in the waters offshore of Everett.
weekly roundup