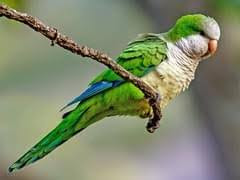 Monk Parakeets were brought to this country for the pet trade, but as so often happens, they escaped from captivity and have now made themselves quite at home in many areas of the country. They are very interesting and charming birds. Several years ago, two of them turned up in my neighborhood. I was never sure if they were a pair or just two individuals, but they lived here for well over a year, frequently visiting my bird feeders during that time. Eventually, one disappeared and then the other one was gone. I don't know if they moved on or if a predator got them. There haven't been any others colonizing this neighborhood. Yet.

Earth just experienced its hottest June since records have been kept and is on track to break the record for July. The global average temperature for June was 1.7 degrees Fahrenheit above the norm.

The U.S. states that will be most quickly and directly affected by climate change are making the least effort to prepare. The people in those states are concerned but the politicians running the states continue to adhere to the policy of denying that climate change is occurring. Which begs the question, why do people keep electing politicians who are inimical to their interests?

And right here, right now much of the country is experiencing a dangerous heatwave with temperatures climbing near or above triple digits in some areas this weekend.

The Environmental Protection Agency, which no longer seems to be in the business of protecting the environment, says it will not ban the use of the controversial pesticide, chlorpyrifos, even though it has been linked to neurological damage in children.

A pod of nearly fifty pilot whales swam into shallow waters and some beached themselves on St. Simons Island in Georgia. Beachgoers rushed to the rescue, pushing the animals back out to sea. Three of the whales died, including one that had to be euthanized, but conservationists are hopeful that the others will survive.

The tiny Kirtland's Warbler was once headed for extinction but, thanks to the protection of the Endangered Species Act, it has recovered and will soon be removed from the Endangered Species List. Some activists in Michigan where the bird nests are lobbying for it to be named the State Bird, replacing the American Robin.

The population of that iconic English bird, the House Sparrow, has plummeted in its own home town of London, falling by 71% since 1995. Avian malaria is suspected of being the cause of the drastic decline.

With the recent deluge provided by Tropical Storm Barry, Arkansas has become the fifth state to set a tropical storm rainfall record in the past two years.

A federal court has upheld the protections given to a rare and endangered bird, the California Gnatcatcher.

Fifty million non-native pheasants and partridges are released into the British countryside each year for the sole purpose of being shot by hunters. But, of course, not all of them are shot and the survivors are impacting the environment into which they have been artificially introduced. Now a British conservation organization, Wild Justice, is planning to sue to stop the practice. 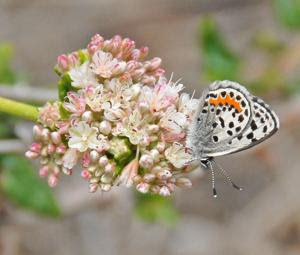 This tiny, endangered butterfly, the El Segundo Blue, is making a comeback across Los Angeles where its habitat has been protected.

Scientists have been surprised to find algae growing amid the snow on the sterile heights of a Chilean volcano. If it can grow there, might it also be present in other desolate worlds?

As the climate heats up, many birds are being forced into smaller habitats to find the cooler temperatures which they need. As they become confined to these areas, they are more at risk from predators.

A non-native tree, the Callery pear, aka the Bradford pear, took suburbia by storm in the 1990s. It is beautiful when in bloom and it was planted in many neighborhoods and along many streets. But beauty is as beauty does and this tree has proved to be an ugly invader. The invasive species is driving out native trees in eastern forests. Efforts are now underway, belatedly, to control it.

National Moth Week runs today through July 28. It's a time to increase our awareness of these critters and to learn to appreciate their role in Nature. 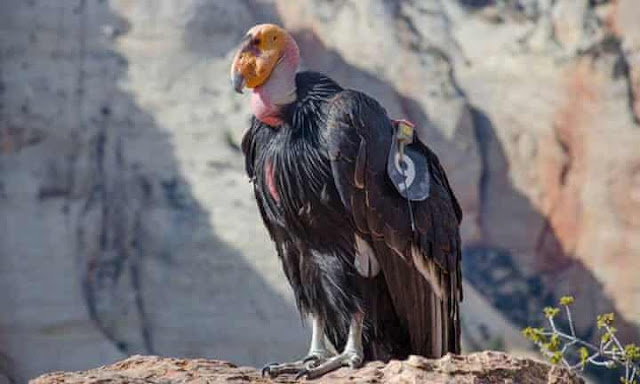 It turns out there are now two documented California Condor chicks that have been hatched in the wild this year - one at Utah's Zion National Park and one at the Grand Canyon. They are numbers 1000 and 1001 in the condor population. This represents a truly remarkable recovery since the population dwindled to 22 back in the 1980s and the remaining birds were captured and put in a captive breeding program.