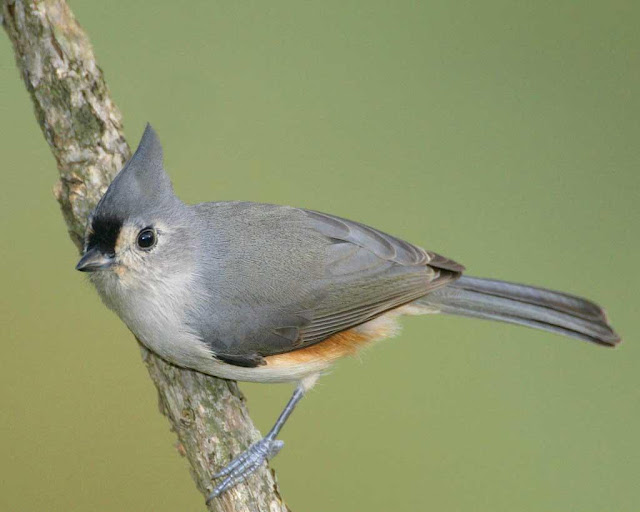 Always a backyard favorite is the wonderful little Tufted Titmouse, sometimes seen in the company of the Carolina Chickadee, as they visit my feeders. The titmouse and the chickadee often visit the feeders with their chicks these days, as they teach their young ones where to find food.

The entrance and recreation fees charged by the National Park Service at the nation's parks are primarily intended to be used to improve those parks, but this week almost $2.5 of that fund was diverted to pay for the military extravaganza in the nation's capital on Independence Day.

The high temperatures in Alaska were breaking records this week. In more than a hundred years of Anchorage history, weather stations there had never recorded a temperature of 90 degrees F. On July 5, that record was reached, breaking the previous high record of 85 degrees.

The magnificent Scarlet Macaw is the national bird of Honduras and it supposedly is protected there, but the bird continues to be a victim of ecotrafficking because there is a market for it in the illicit pet trade. The northern subspecies of the bird is particularly imperiled. 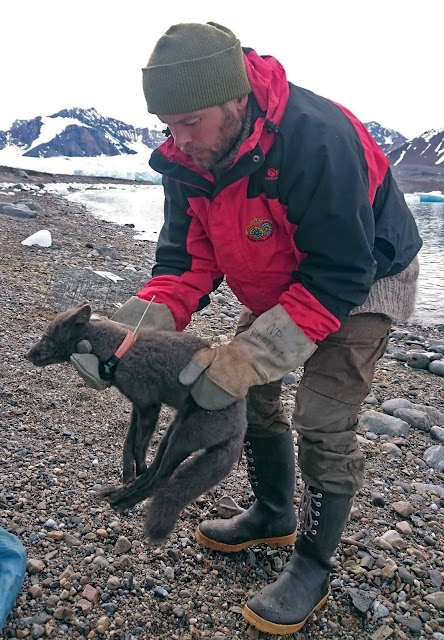 Did you hear about the amazing journey of this young Arctic fox? The fox was tagged in Norway in 2017 and was later found in Canada, having trekked some 2,175 miles.

Planting billions of trees around the world is probably the biggest and cheapest way to tackle the climate crisis, according to scientists. Research has shown that planting up to a trillion trees could capture a huge amount of carbon dioxide. 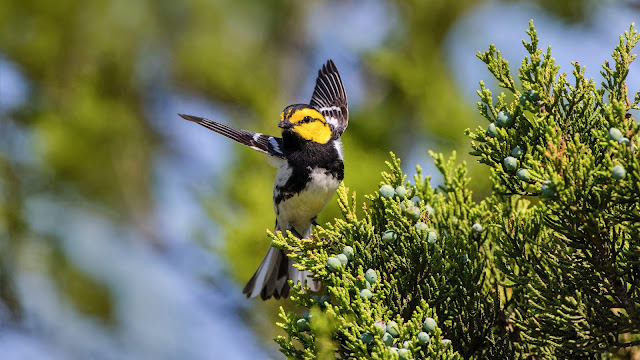 A pipeline project that would cut right through the heart of the Texas Hill Country would raze significant parts of the habitat of the endangered Golden-cheeked Warbler. The warbler is endemic to Texas and the Hill Country is its sole breeding ground in the country.

The explosion of a wide belt of sargassum seaweed from west Africa to the Gulf of Mexico now seems to be a yearly occurrence. It first materialized in 2011 and has appeared almost yearly since then and it gets bigger every year. It can be both a boon and problematic to wildlife. The problems come when the mats get so thick they block sunlight and if those mats die and sink they can kill corals.

According to a new study in the U.K., the introduction of non-native pheasants and partridges for the purpose of shooting them is boosting the population of several avian predators, even though the gamekeepers continue to persecute the predators.

As Greenland warms and its ice sheet melts, sediment pours out along with the water. That creates a lot of sand which could potentially be of economic value to Greenland allowing it to help meet the world's increased need for that product.

A seventeen-year study by Sydney's Centre for Ecosystem Science has shown that thirteen species of seabirds are declining along the southeastern coast of Australia.

Poachers are invading Botswana, the last refuge of the African elephant. Last September, conservationists found 87 dead elephants with their faces hacked off and tusks removed.

A single invasive rat appeared on St. Paul in the Pribilof Islands of Alaska and the hunt was on. Even one rat could do inestimable damage to the ground-nesting birds on the island. Last week a visiting birder found the rat dead and everyone breathed a sigh of relief. Monitoring will continue for a few months to ensure that there are no other rats on the island. 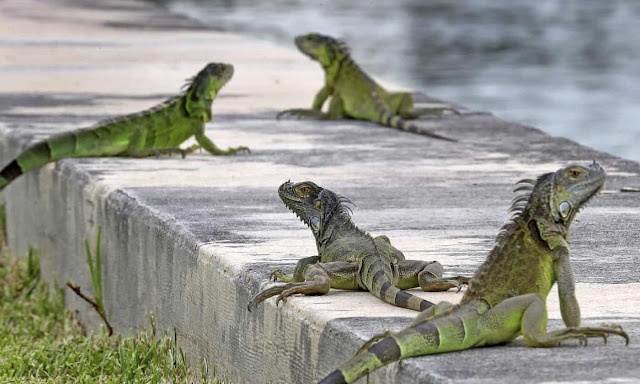 And speaking of invasive species, these non-native iguanas are flourishing and multiplying rapidly in the congenial climate of south Florida. The state wildlife agency is now encouraging people to kill them whenever possible.

And now a new research paper has listed and prioritized islands where the removal of invasive species would be feasible and will prevent extinctions of native wildlife.

Lead ammunition has now been banned for hunting wildlife in California. The ban was put in place primarily to protect the endangered California Condor but it will have a positive impact on the environment as a whole.

UNESCO has named some new sites to be protected as world heritage sites. Among the new sites, along with the ancient city of Babylon, are an Icelandic national park, the Hyrcanian forests in Iran, and migratory bird sanctuaries along the Yellow River and Bohai Gulf of China.