September 29, 2018
A roundup of the week's news of birds and the environment: 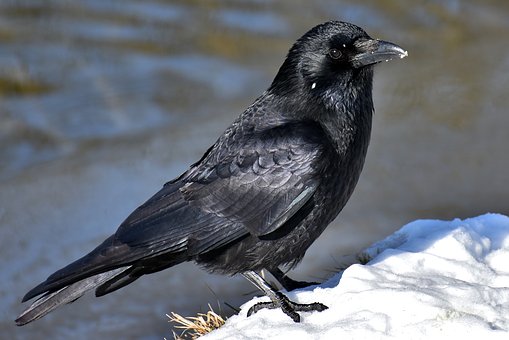 American Crows in my neighborhood become very active and vocal as the weather cools. Every time I've been outdoors this week, I've been treated to their raucous chorus. They are an even more reliable indication than falling leaves that autumn is actually here.

A district court judge in Montana this week returned the grizzly bears of the Yellowstone area to the endangered species list, extending protections that have been in place for 44 years. This effectively cancels the controversial sport hunt that had been planned for Wyoming and Idaho.

Environmental fallout from Hurricane Florence continued this week as floodwaters from the Waccamaw River in South Carolina threatened to spill over barriers and into a coal ash pond, potentially polluting a large area with toxic ash.

The Environmental Protection Agency under the current administration is getting rid of its science advisor, a post the function of which was to counsel the E.P.A. administrator on the scientific research underpinning health and environmental regulations. 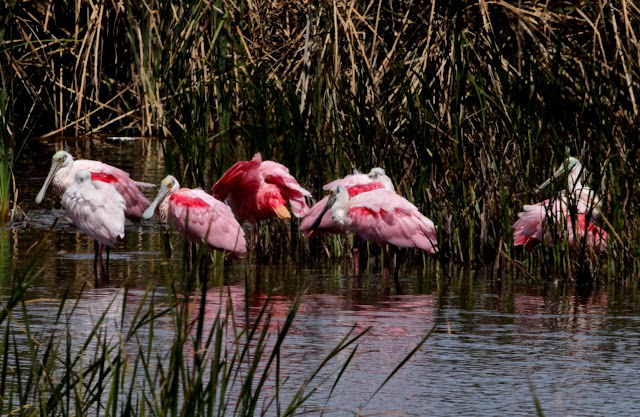 There has been a boom in the population of Roseate Spoonbills along the coast this summer with the result that, as the young disperse, they are turning up in some very unusual places. They've been popping up around the Midwest, on the East Coast even up to Maine, and in Quebec! Needless to say, birders in those areas are ecstatic.

A new study shows that even small, remnant populations of species can be saved and deserve protection. Such populations are often fatalistically referred to as "the living dead," but conservationists say we shouldn't give up on them.

Broad-winged Hawks migrate south in large "kettles" in September and into October and back north again in June.

eBird maps showing the movement of Broad-winged Hawks across the continent in June (left) and September (right).

A study in New York City revealed that, while feral cats there are good at killing birds and other small animals, they are not so good at killing the large fierce rats of the city.

On the first day of the new Supreme Court session, the justices will hear arguments for a major case that concerns the protection of the small and endangered dusky gopher frog, as well as other climate-endangered species, and big questions about endangered species protections as climate change continues to advance.

An ambitious plan, inspired by the Netherlands' extensive flood protection projects, could potentially protect six counties along the Texas coast from the deadly storm surge of hurricanes. It would cost an estimated $12 to $15 billion and it's unlikely that the government is going to pay for it, but would the oil companies that benefit from this area?

As the planet warms, cities will need to adapt to the use of a different list of species of trees if they want to maintain their tree-lined streets.

By all standards, the Endangered Species Act of 1973 has been an astounding success. It has saved from extinction around 99 percent of the plants and animals that have been listed. But industry has been an implacable foe of the Act and now, with a sympathetic administration in Washington, they see their chance to gut the law.

Our national parks have warmed twice as fast as the U.S. average and they face some of the worst effects of climate change, according to a new study. In one example, the Joshua Tree National Park could become uninhabitable for its eponymous and iconic trees.

And in more bad news for orcas, it is estimated that half of the members of that species could die from the effects of pollution.

When it comes to protecting vulnerable species, most of our attention is drawn to the big, charismatic animals like tigers and wolves. It's important to remember that other, less well-known, and perhaps even unattractive species are important to the chain of life and they deserve our study and protection as well.

And speaking of wolves, the population of wolves on Isle Royale, an island in Lake Superior, has dwindled to two, one male and one female. Now the National Park Service has made the decision to reintroduce more wolves onto the island to combat the overpopulation of moose.