September 01, 2018
A roundup of the week's news of birds and the environment: 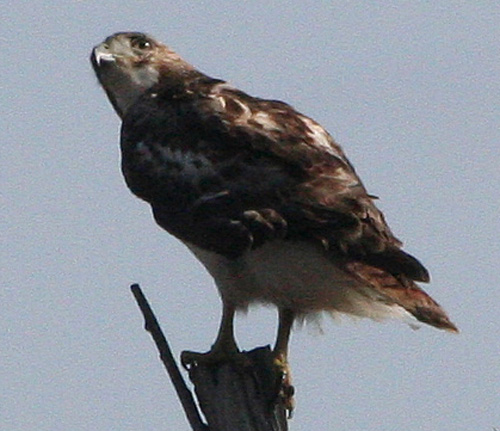 Red-tailed Hawk photographed at Anahuac National Wildlife Refuge on the Texas coast. The Red-tailed has the most widespread range of any hawk on the continent. Although not necessarily common in all areas, it is found everywhere except for the most northern parts of North America.

Good news for the grizzly bears of Wyoming and Idaho: A federal judge has blocked the hunts that were planned for this weekend while he considers whether the government was wrong to lift protections for the animals. The delay is temporary until he makes a final decision. This would have been the first time that hunting of the grizzly was allowed in those areas in forty years.

After the last ice age, sea levels rose, glaciers receded, and global average temperatures increased by as much as seven degrees Celsius. Now Earth's ecosystems are undergoing a transformation once again because of human-assisted global climate change and some of those ecosystems could become unrecognizable.

One byproduct of climate change could be to make hundreds of millions of people more nutrient deficient because crops grown in a high CO2 atmosphere are less nutritious because they contain less protein, iron, and zinc.

The "red tide" of algae that is killing animals and tourism in Florida has gotten quite a lot of attention but Lake Superior is also having a significant algae bloom this summer. It is only one of several major bodies of water that have drawn scientific scrutiny because of the unusual bloom.

It seems that the cave bear, thought to have been extinct for 25,000 years, may not be quite so entirely extinct. At least some of its DNA still exists in today's brown bears, according to a new study, much like DNA of Neanderthals exists in many of today's humans.

The beetles of 99 million years ago were apparently effective pollinators of the cycads of that period. (Cycads predated flowering plants.) Proof of that has been found in a piece of amber from that period which contained a beetle that had cycad pollen collected on hairs around its mandibles.

From the "It's better to light one candle..." file: A Palestinian ornithologist is trying, against seemingly impossible odds because of the political situation, to increase knowledge of birds and their distribution in the West Bank area. The ornithologist, Anton Khalilieh, founded a non-profit conservation organization called Nature Palestine and is doing his best to encourage people in the area to become birders.

Legislators in California have voted to require that 100% of the state's electricity come from carbon-free sources. If the bill is approved by the state senate and signed by the governor, the law would require the state to shift entirely to clean energy by 2045 and that electric utilities get at least 60% of their energy from renewable sources by 2030.

And here's a good argument in support of California's action: A new study argues that air pollution causes a huge reduction in intelligence. The impact of breathing a high level of toxic air can be "equivalent to having lost a year of education."

The Florida Everglades have become a haven for many invasive species that are slowly destroying it. Now comes word that one of those invasives is a super-predator - a hybrid python that is displacing the American alligator as top predator since a number of python pets were released in the area back in the 1980s.

In 2017, 207 environmental activists around the world were murdered because they were standing up for the environment against the interests of agribusiness, mining, and wildlife trafficking.

Color vision is an important weapon for hawks. The color of prey animals helps the hawks to detect, pursue, and capture them. Research has found that the Harris's Hawk has the best color vision of any animal tested so far; in some cases it is better than humans. 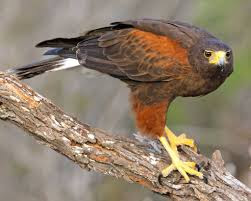 Mysterious green orbs of algae, called marimo in Japan where they are protected, occupy cool lakes in the Northern Hemisphere in places like Scotland, Iceland, and Ukraine. They seem to follow a biological clock that makes them float by day to get closer to the sun and then sink to the bottom at night.

An Interior Department staffer who worked to get national monuments and other public lands reduced and the lands opened up for oil drilling is leaving the department and going to work as a lobbyist for...wait for it...BP! And why am I not surprised?

We all have an obligation to do whatever we can to protect and defend the environment from those who would despoil it. Alfred Lawson of Idaho is certainly doing his bit. He is known to his admirers as "the bluebird man." That is because this 96-year-old man has built more than 300 bluebird boxes over the years and has set them up on five different bluebird trails in southwest Idaho. He continues to maintain the boxes, sometimes getting help from other bluebird enthusiasts.

The key to preserving endangered species is protecting their key habitats, not just wilderness writ large. Species must have their appropriate habitat in order to survive - like bluebird boxes and trails for bluebirds.
weekly roundup