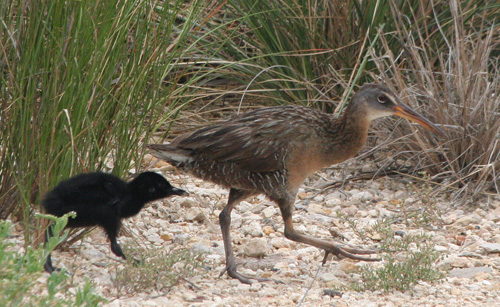 Every single month since February 1985 has been warmer than normal, according to the National Oceanic and Atmospheric Administration. That's 400 months in a row. Anyone born after that month has never experienced a “cool” month for Earth, let alone a normal one.

Just to underline that point, dozens of people have died recently in Karachi, Pakistan from a suffocating heat wave that has paralyzed the city. On Monday, a temperature of 111.2 degrees Fahrenheit was recorded in the city, which is often referred to as a concrete jungle because it lacks large areas of plants or trees. And that, of course, is part of the problem.

A long-delayed study of how rising sea levels might damage national parks has finally been released by the National Park Service after charges of scientific censorship.

Feral cats do inestimable damage to wildlife around the world, but Australia has found a way to protect some of their endangered species. They have built a cat-proof fence surrounding a 94 square kilometer sanctuary. 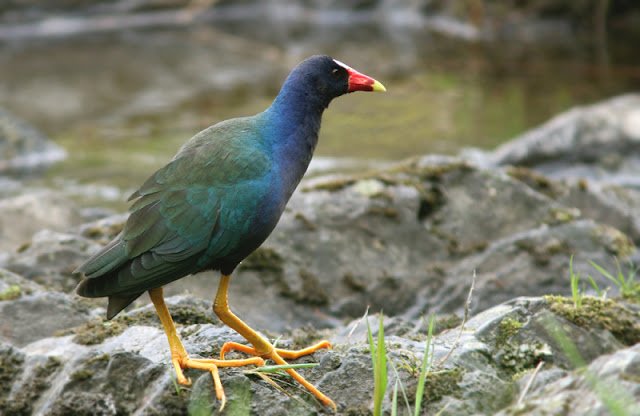 Purple Gallinules are wonderful birds that have become fairly common in wetlands around Southeast Texas, but you wouldn't exactly expect to find one in Newfoundland! The thing about birds, though, is that they have wings and those wings will sometimes take them to some very unexpected places. This one has certainly given the birders of Newfoundland something to cheer about recently.

The current administration in Washington is proposing to loosen federal hunting regulations in national parks in Alaska. The practices which were banned by the Obama Administration but which now would be allowed would include: taking any black bear, including cubs and sows with cubs, with artificial light at den sites; harvesting brown bears over bait; taking wolves and coyotes (including pups) during the denning season (between May 1 and August 9); taking swimming caribou; taking caribou from motorboats under power; taking black bears over bait; and using dogs to hunt black bears. Hunters would be able to shoot bear cubs and wolf pups in their dens.

According to a new study, it is likely that the asteroid that destroyed the dinosaurs also killed off tree-dwelling birds because the trees were destroyed. The researchers postulate that ground-dwelling birds survived the apocalypse and lived to generate the diverse avian species that we see today.

Light pollution is a serious problem for birds in North America because the lights can throw birds off their migration routes at night when many birds, especially small songbirds, migrate. And some of the brightest spots in this country are not the cities but oil and gas fields. The Revelator has a map that shows where the bright spots are.

In 2006 a team of paleontologists in Utah were examining the fossils of a large dinosaur when they discovered beneath its foot a tiny skull unlike anything they had seen in the area. Now, scientists have found that the fossilized cranium belonged to an ancient relative of modern mammals that once scurried around North America some 130 million years ago. The new species, called Cifelliodon wahkarmoosuch, is a member of an extinct group of animals known as the haramiyids, which some researchers think bridged the transition between reptiles and mammals.

Scientists in Europe have been studying White Storks with cellular tracking devices and, based on the data they have accumulated, they are able to predict which storks will migrate to Africa in autumn and which will remain in Europe.

Atlantic Puffins that breed in the Farne Islands have shown a drop in population that is concerning conservationists. 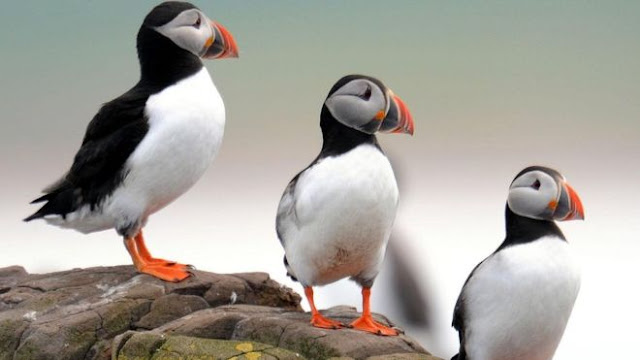 The most ancient bird species found had teeth. Why did succeeding avian generations lose them? A new study argues that it was Nature's way of reducing the time it took birds to form and mature in the egg, thus reducing the time to hatching.

The Prairie Ecologist makes an argument for making species identification of plants more accessible to the masses. I second his motion!

Lead poisoning of birds and other wildlife continues to be a major problem around the world. This is primarily a problem for the "clean-up crew", the scavengers that consume carcasses of animals shot by hunters and left in the wild. It is an especially concerning problem in parts of Africa that are the habitat of endangered species of vultures.

Coyotes are easily North America's most successful canid. They have conquered the continent and are now found in even the most unexpected places, including cities. And now they are heading south to colonize new areas. In 2010, they crossed the Panama Canal Zone and now they appear to be headed farther into the South American continent.
weekly roundup