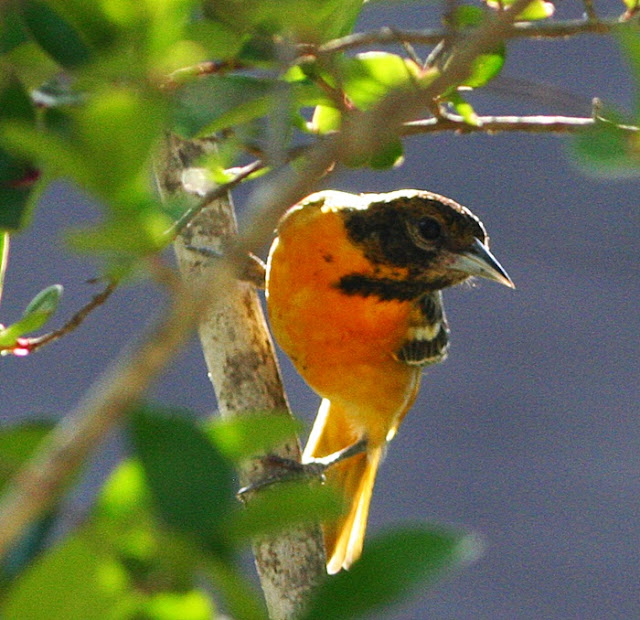 It's been a bit of weird spring for birds in my yard. As I mentioned here a couple of weeks ago, I had not seen any Common Nighthawks or Chimney Swifts in the skies over the yard, although they normally arrive around the end of March at about the same time as the Ruby-throated Hummingbirds - who were also late this year. Well, the swifts and the nighthawks have now shown up. I saw my first ones in the late afternoon of May 14. But now I'm wondering where are the Baltimore Orioles like the one pictured above that visited in a previous year? We usually see them in the first week of May, but so far not a one this year. I have heard the song of the Orchard Oriole in the neighborhood, although I haven't actually seen one in my yard. But where are the Baltimores?

CFC (Chloro-flouro-carbon) is a chemical that is known to destroy the ozone layer that protects our planet from damaging ultraviolet radiation. Its production was banned around the world under the Montreal Protocol in the 1980s and all nations are committed to enforcing the ban. But recently scientists have detected a sharp and mysterious rise in the substance from somewhere in East Asia. The detective work is on to discover just what is going on and stop it.

The New York Historical Society is marking the centennial of the 1918 Migratory Bird Act Treaty by featuring an exhibit of the women's hats that almost spelled doom for many birds of that period before the treaty. Yes, women's hats were the instrument that came near to causing the extinction of many egrets, swans, eagles, and even hummingbirds. The birds were hunted for their feathers to adorn the hats. The treaty put an end to that and is credited with saving the Great Egret, the symbol of the National Audubon Society. 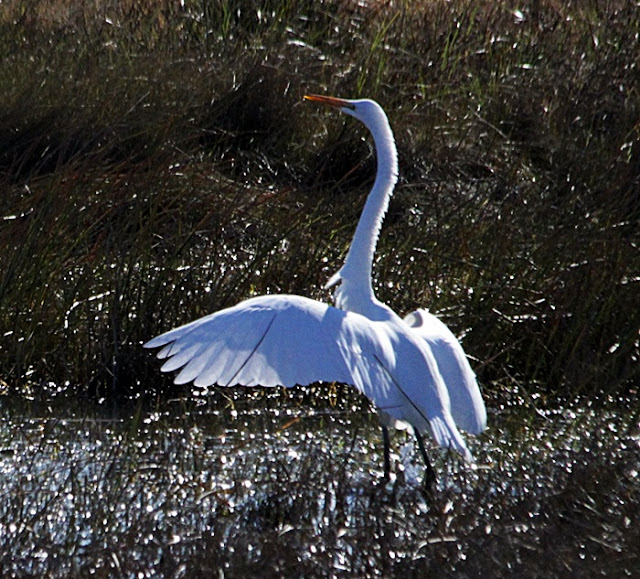 American Kestrels make their living feasting on many of the destructive insects which are the enemies of farmers and orchard owners. Encouraging the birds to nest around farms and orchards can reduce the need for the use of pesticides.

A rare plant native to North Africa has been declared extinct after an exhaustive five-year search failed to turn up any sign of its continued existence. The plant's scientific name was Adenocarpus faurei and it was a yellow-blooming shrub. Its disappearance offers a warning about other similarly rare plants that grow in poorly protected areas. Many may be disappearing unnoticed.

Members of what is being described as a "demented social club" in Oregon and Washington are being charged with illegal poaching. The hunters allegedly killed dozens of animals and left their bodies to rot.

Guess who's making a plan to fight climate change? Would you believe the Republican-stronghold of Alaska? The state is already seeing the dramatic effects of global warming firsthand, making it difficult for even the most hard-line deniers to ignore. And so they've begun planning how to address the problem.

The endangered Southwestern Willow Flycatcher has been pushed to the threshold of extinction by loss of habitat and by the activities of the nest predator, the Brown-headed Cowbird. Now it is beset by a third implacable foe, climate change.

And speaking of very rare birds, a Kirtland's Warbler, probably the rarest among American songbirds, showed up in Central Park in New York this week causing paroxysms of delight and excitement among birders who rushed to the area to get a glimpse of the bird.

Butterflies are not known for their ability to adapt. In general, they lead very constricted - and short - lives feeding on very specific plants. But the little Edith's Checkerspot butterfly has shown that adaptation is possible among the Lepidoptera. They are laying their eggs on a new plant and the caterpillars make use of that host plant as they grow.

The Canadian Rockies are a place where birds from the East and birds from the West meet, and often those birds get together and produce a new hybrid.

The National Audubon Society is launching a new citizen science project to study how birds are adjusting, or not, to climate change and it is calling for volunteers to participate. The project will focus on nuthatches and bluebirds.

I have very little patience with people whose automatic response to seeing a spider (or a snake) is to kill it. These critters are important linchpins that help to hold the ecosystem together and maintain stasis. Moreover, they are friends to the home or yard owner in that they kill and devour many insects that would be pests.

One of the things that hippopotamuses are known for is the prodigious amount of feces that they produce. In fact, sometimes they produce so much poop that it kills all the fish in the water.

Africa's most endangered parrot is the Cape Parrot, of which there are estimated to be about 2,000 left. Conservationists are attempting to restore the parrot's habitat in order to aid in its survival.

Non-migratory tropical songbirds are threatened as global temperatures continue to rise but the rising temperatures may actually be a benefit to songbirds that migrate north in the spring, improving their chances at nesting success.
weekly roundup